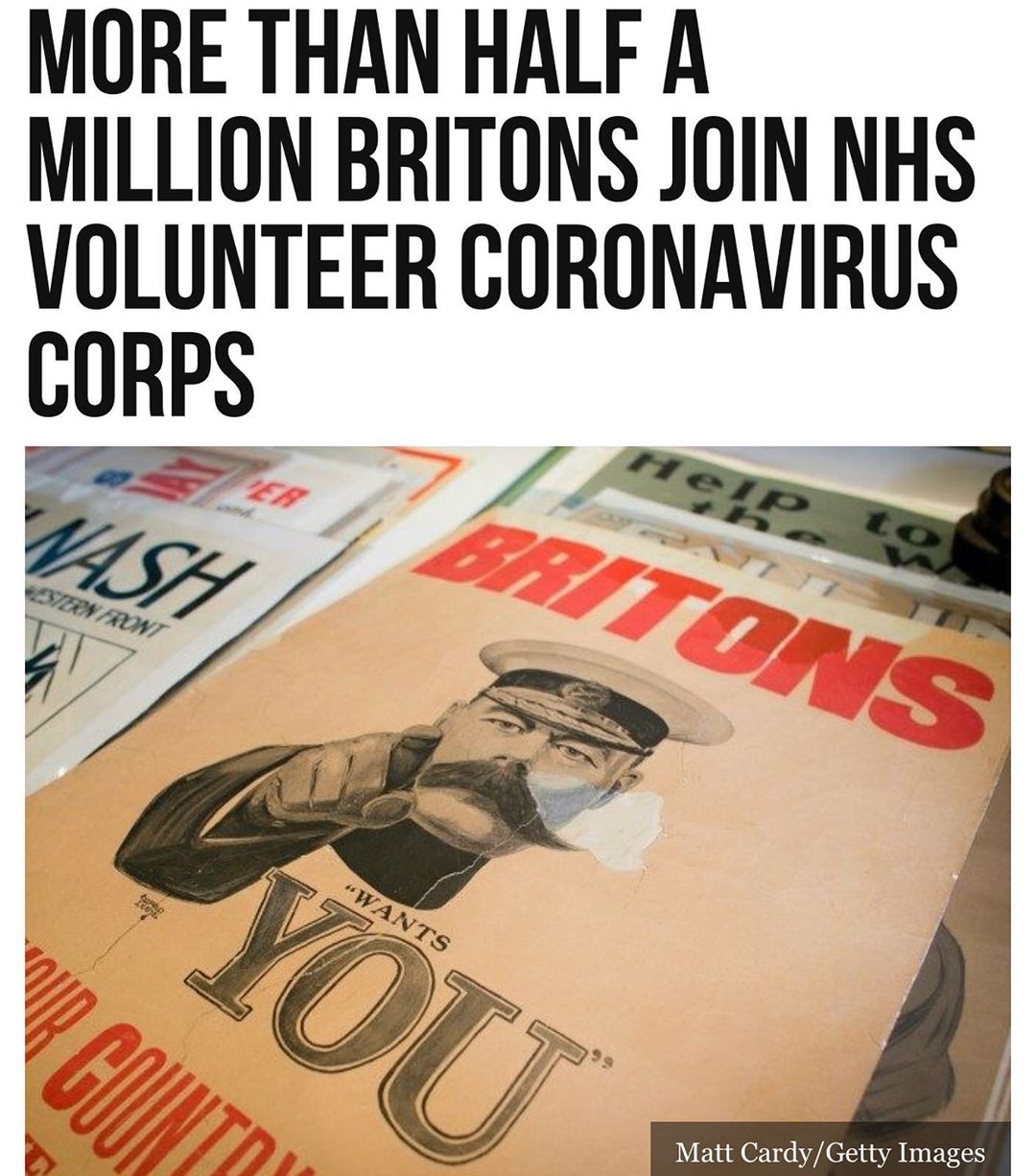 560,000 #Britons have volunteered to support the National Health Service (#NHS) in taking care of the country’s vulnerable citizens during the #coronavirus #pandemic, more than double the initial government call for 250,000.

On Tuesday, Secretary of State for Health and Social Care Matt Hancock called for volunteers to perform simple but vital tasks for the 1.5 million Britons who will be forced to self-isolate for months.

The request was exceeded by Wednesday evening when it was revealed that 405,000 had volunteered, with reports this morning that the number had breached the half-a-million mark.

Run by the Royal Voluntary Service and coordinated through the Good SAM app, volunteers will pick up and deliver medicines and groceries to those quarantined, drive patients to medical appointments, and take time to call people to check on their wellbeing.

Brexit Party leader Nigel Farage called it a “stunning” response, adding: “I don’t think since Kitchener in 1914 have we had a national response to a call anything like that measure and number. It is absolutely fantastic and says some really good things about so many people living in our country. It’s amazing.” Downing Street has since raised the target to 750,000. An official spokesman told a Westminster briefing in comments reported by the i newspaper: “I think the most recent number I’ve seen was around 560,000 people who have volunteered so far which is amazing — but we want people to continue to volunteer and if we can reach a number of 750,000 then that would be fantastic.” One volunteer, Ainsley Hinchcliffe, told The Guardian that she felt it was her duty to give back to the NHS because of the help she received in beating cancer twice. The 53-year-old computer programmer said: “If anyone needs to give something back, it’s me.” “It helps you to feel like you can do something positive, because you feel overwhelmed,” Ms Hinchcliffe said. “There’s so many sad stories, so you want to do what you can to relieve the burden on the NHS. I’m willing to do anything that’s required.” #binspirednews

Recommendations for Disaster Sheltering of Household Pets, Service Animals, and Support Animals during the COVID-19 Pandemic

5 thoughts on “560,000 #Britons have volunteered to support the National Health Service (#NHS) …”