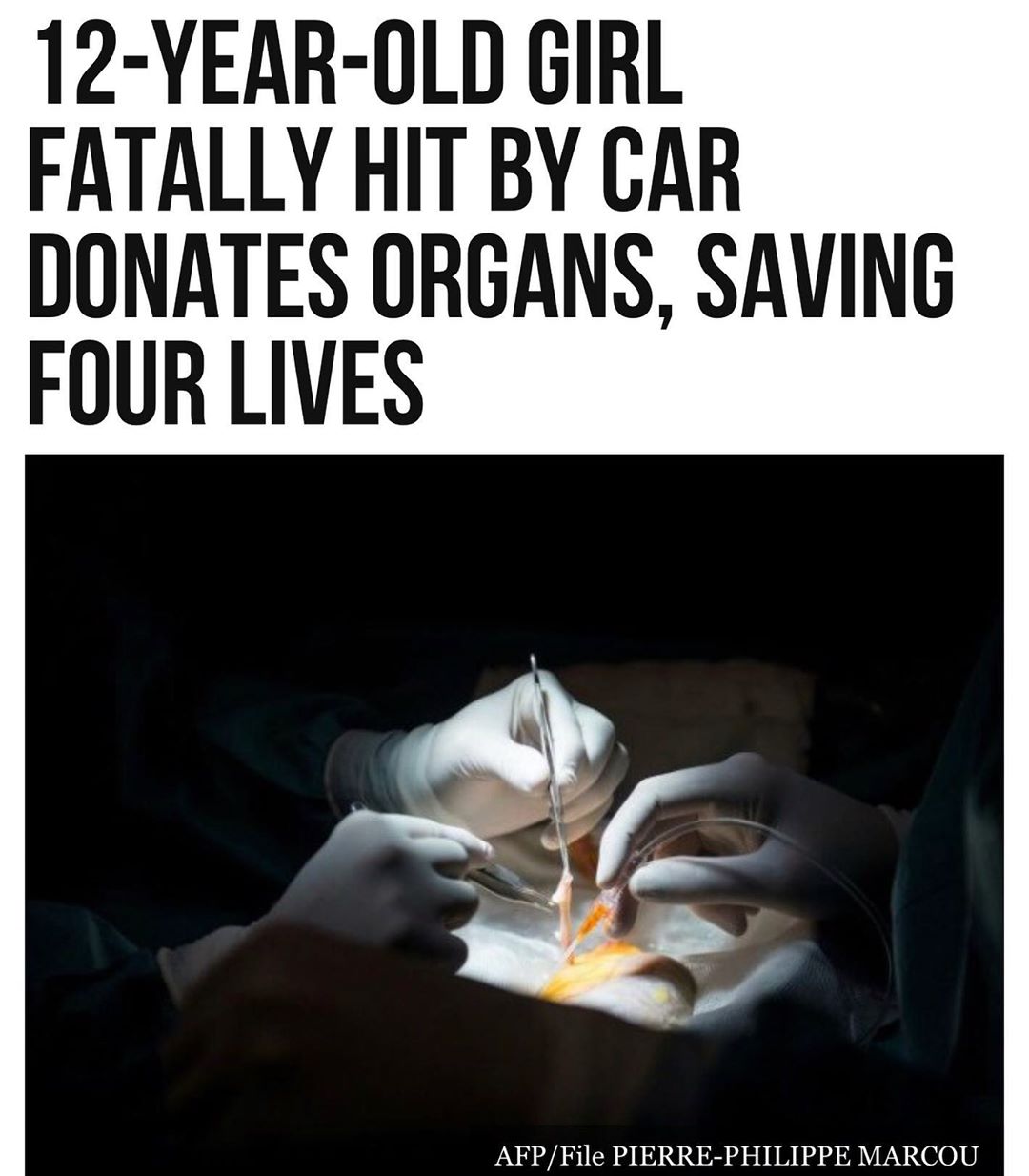 ❤️ A 12-year-old girl fatally struck by a car while crossing State Road A1A in Central Florida on Sunday afternoon donated her organs three days later, in time for #Christmas.

Mark Nelson told Florida Today that his daughter, Sophia Nelson, saved the lives of four children with her organ donation.

Nelson said that the staff at Arnold Palmer Hospital for Children in Orlando sang “Hark! the Herald Angels Sing” as a tribute to Sophie as she was being wheeled to the operating room for her organ donation surgery. “Every Christmas when I hear that song, I’ll remember my angel saving four other lives with her last act,” he said.

Police reported that the crash took place Sunday afternoon as the girl was crossing the road in a mid-block crosswalk. Nelson said his daughter pushed the button to activate the crosswalk lights, waited for several vehicles to go, and entered the crosswalk during “a long gap” before the next vehicle.

The oncoming vehicle failed to stop in time and struck Sophia.

Sophia and her father were returning home from the beach with her grandfather, Andy, and Coal, the family dog, to prepare for a holiday party.

Sophia was transported to Arnold Palmer Children’s Hospital in Orlando with serious injuries. She died from those injuries on Christmas.

The driver is cooperating with authorities, and police are conducting an ongoing investigation into the crash. #binspirednews