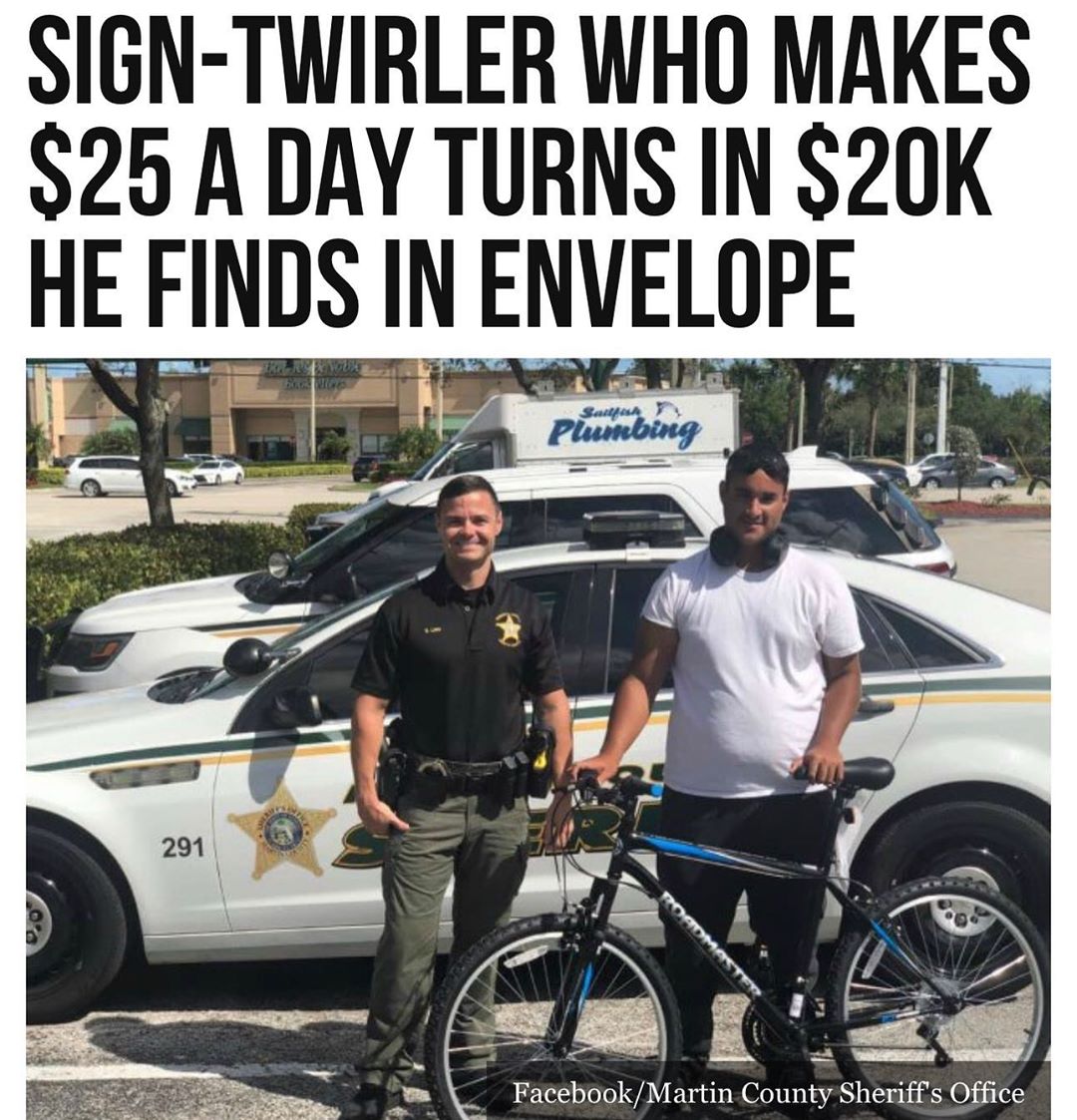 A 21-year-old street corner sign-twirler who makes $25 a day found an envelope with $20,000 comprised of hundred-dollar bills and found it in his heart to turn it in.

When Feliciano discovered the envelope filled with cash, he placed the money in a clean plastic bag and found a passing deputy to turn it in t.

Deputies said that soon after Feliciano turned in the cash, someone filed a report describing the exact amount. The money was then given to the man to whom it belonged.
But Feliciano did not leave empty-handed for his good deed. Feliciano, who took the sign-twirling job to buy a means of transportation, received a bicycle as a gift from a private citizen who works closely with the sheriff’s office. “Ben was thrilled, but said he has no immediate plans of giving up his job,” the sheriff’s office wrote on its Facebook page. “We think Ben is amazing and his good deed is certainly worth sharing.” Feliciano is not the first person to receive a small reward for turning in a large sum of money. In 2018, a Santa Barbara, California, teen who discovered $10,000 in a purse and turned it in to the sheriff’s office received a $100 reward from the purse owner. #binspirednews

Hard hit by virus, airlines push for tests over quarantines