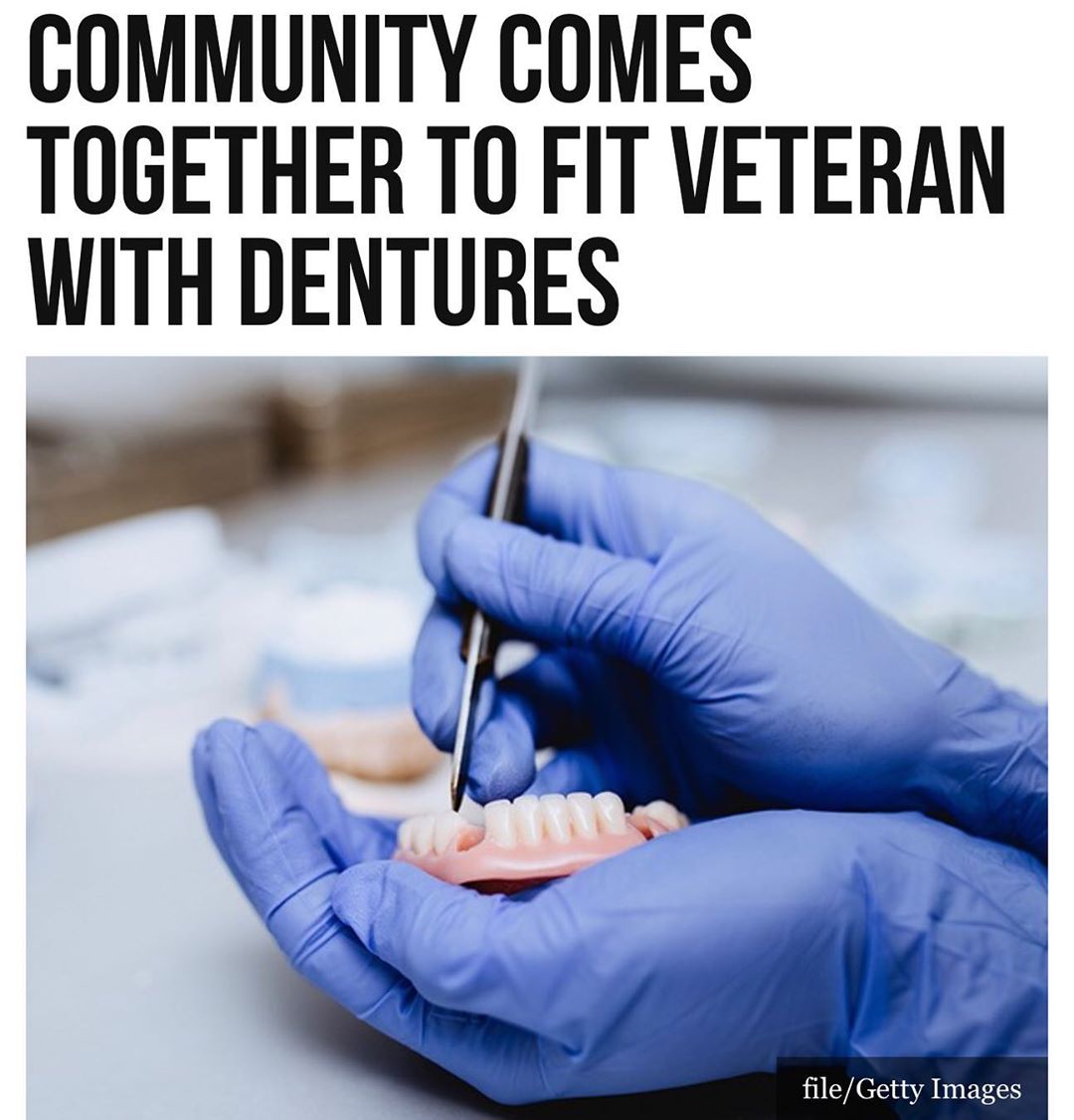 A 62-year-old handyman and #Navy #veteran got a new set of pearly whites for #Christmas thanks to the small town Idaho community that supported him.

Mark Hughes, of Blanchard, began losing his teeth several years ago due to his receding gum line.

Still, he could not afford to get a set of dentures due to his lack of Veterans Affairs benefits and dental insurance, the Bonner County Daily Bee reported. “They just started breaking off,” he says.

Hughes was in so much pain that at one point, he used a pair of plyers to pull one of his teeth out.

It was at that point when Chris Bishop, a community activist who also lived in Blanchard, decided to get involved. “When I heard about the plyers, I knew I had to do something,” said Bishop, who oversees the Blanchard community newsletter.

So Bishop sent out an email blast looking for help from various community members. The response was overwhelming. “Right away, I started getting donations from $10 to $100,” she said. “All I had to do was send out an email and say I needed help and I got immediate responses.” Hughes, who recently lost his wife, received the dentures in December after undergoing oral surgery and getting ten teeth extracted.

Bishop estimates that the dental work cost about $2,400, and community donations mostly covered it except for one small portion where Bishop and her husband pitched in.

Bishop said that even though Hughes served in the Navy for four years, he was ineligible for dental benefits through the VA because he did not serve in contemporary conflicts. “The VA didn’t take care of him,” she said, according to the Coeur d’Alene Press. “He had no insurance, medical or dental, for a long time hadn’t been to a doctor in years. He’d fallen through the cracks.” Hughes said that thanks to his new teeth, he has a new outlook on life. “I’m definitely smiling a lot more. So many people pulled together to make this happen,” he said. “There are a lot of nice people out here in the woods.” Hughes is not the first veteran gifted a new smile in time for the holidays. A Navy veteran dentist gave a fellow Navy veteran a complete transformation in his smile in time for #VeteransDay. #binspirednews