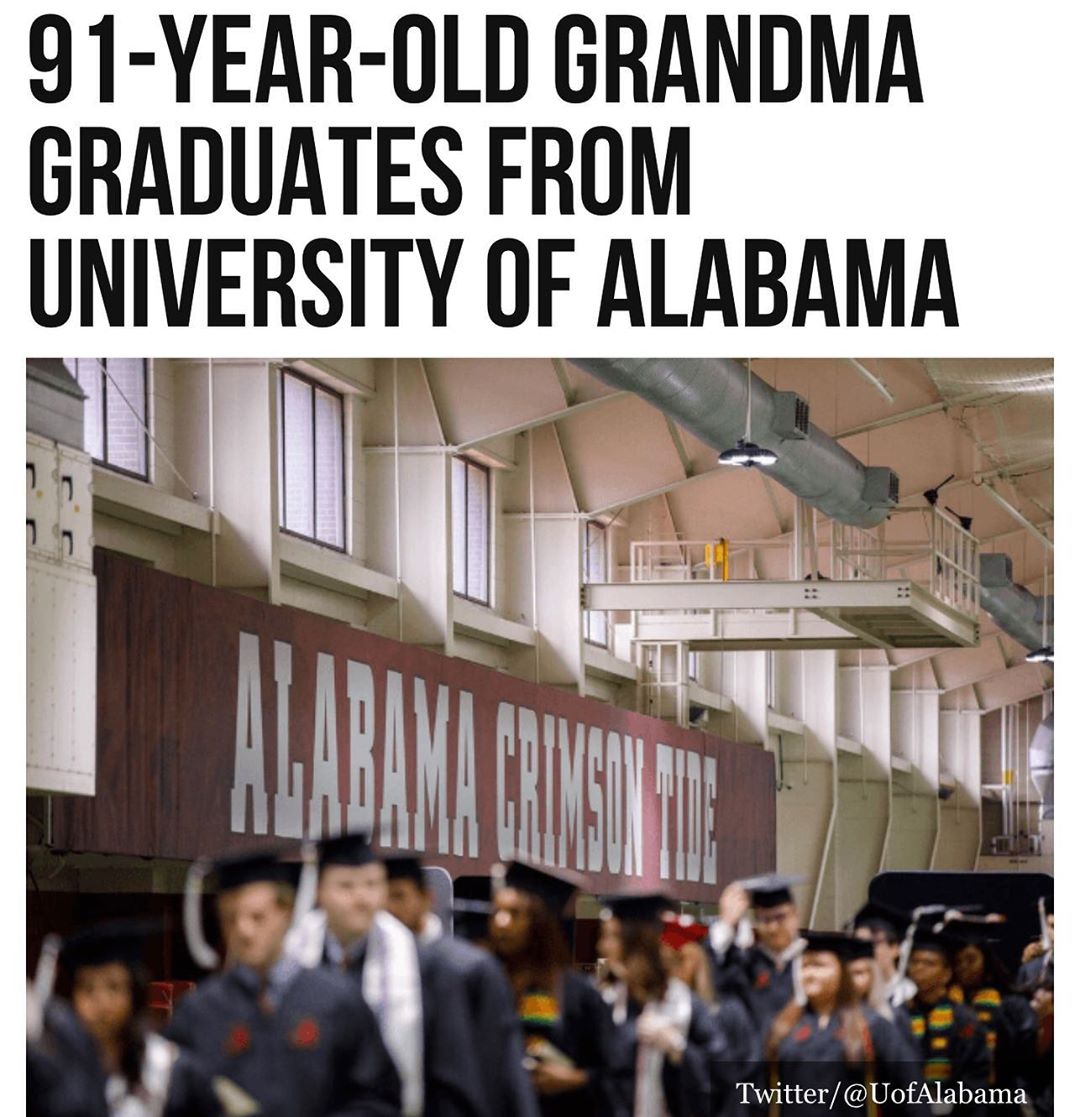 A 91-year-old grandmother in Tuscaloosa, Alabama, achieved a lifelong goal Saturday after putting it off for the past 73 years.

Jaqueline Baird Tucker began her college education in 1946 but left school because she wanted to start a family, according to WBALTV.

Her granddaughter, Elisabeth, knew she had always regretted not finishing her degree, so she wrote a letter last year to the University of Alabama and asked if they could help make Jaqueline’s dream come true.

Since then, she has worked tirelessly to be able to walk across the stage on graduation day to receive her bachelor’s degree in Human Environmental Sciences, which she did Saturday afternoon. “The University of Alabama will award some 2,280 degrees during fall commencement Dec. 14,” the university’s website read. “With a beautiful campus, dozens of challenging academic programs, expert and world-renown faculty and numerous opportunities for service and growth, The University of Alabama is a place where legends are made.” In May 2018, a similar instance occurred when 87-year-old Patricia Cassity graduated from the university with a bachelors of science from the College of Human Environmental Science, according to CBS 42.

Patricia had left school without finishing her education in 1947, just one year after Jaqueline did the same. “In my last quarter, I decided to bolt and get away from all pressure and restraints and parents telling me what to do, and that age, I thought I knew more than they did so I went to Alaska to work for the U.S. Air Force,” she said.

Patricia also married and raised a family but that did not mean she felt no regret over not getting her degree.

So when her husband passed away, she decided to go back to school. “They had to get transcript out of the archive and I thought that will take forever. Is it in the attic in a box? Or down in the basement? They were able to pull it right out,” Patricia recalled. #binspirednews 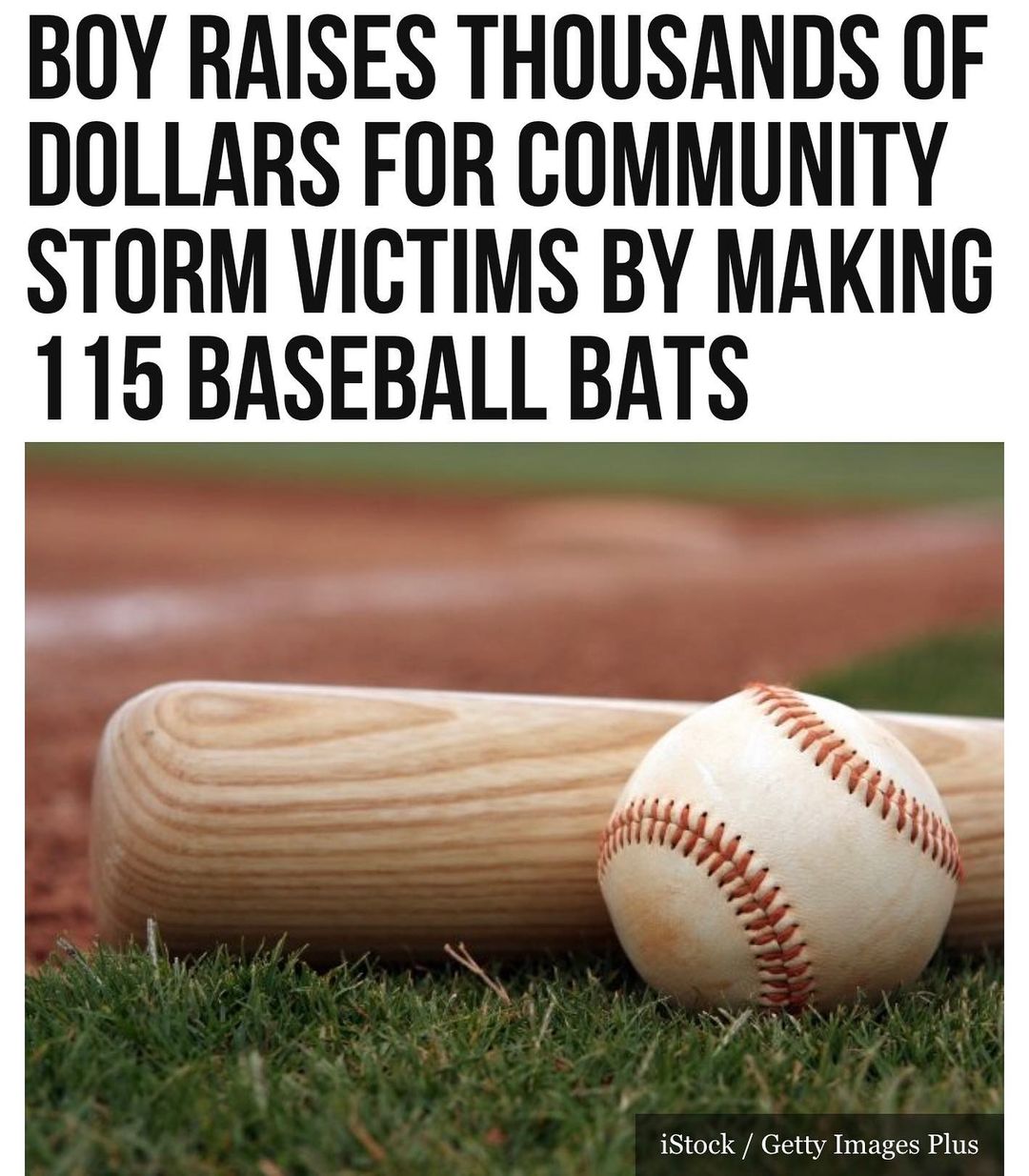