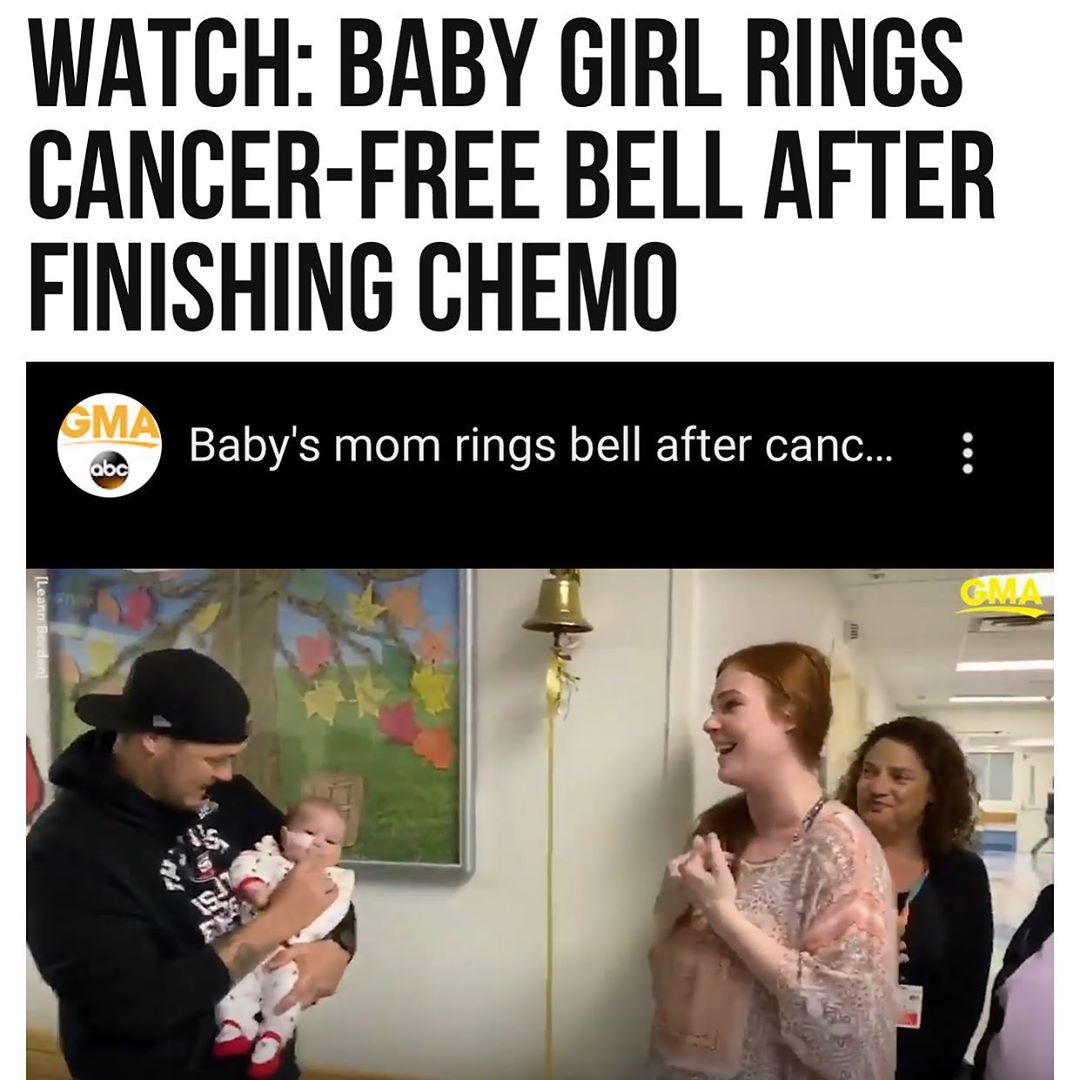 A baby girl reached an important milestone Saturday after she was diagnosed with cancer recently in #Oakland, #California.

When Lillian Grace Borden was born almost five months ago, her parents were elated.

However, when they noticed she was having difficulty moving her limbs, their doctors ordered an MRI that later showed something on her brain stem.

At that point, Lillian’s breathing had become compromised so she was sent to the neonatal intensive care unit (ICU) and given a breathing tube and gastric feeding tube. “By the time of her next MRI, just days later, the tumor was larger and now ran from her brain stem down her spinal cord to below her shoulders,” Lillian’s parents wrote on their GoFundMe page.

Once Lillian underwent one round of general chemo, the parents received word that she could also be treated with the targeted chemotherapy.

Thankfully, it worked and just three weeks later, her tumor was gone.

Saturday, Lillian got to ring the bell at UCSF Benioff Children’s Hospital and tell everyone she was now cancer-free. “To everyone who has been through this journey with us, this is our big moment with lily [sic]!” Her mom, Leann, wrote in a Facebook post next to the now viral video. “We thank everyone who has been with us this whole time. From all of the donations, text messages and prayers. We hope you enjoy this video! And now her name will be hung forever,” she concluded. #binspirednews