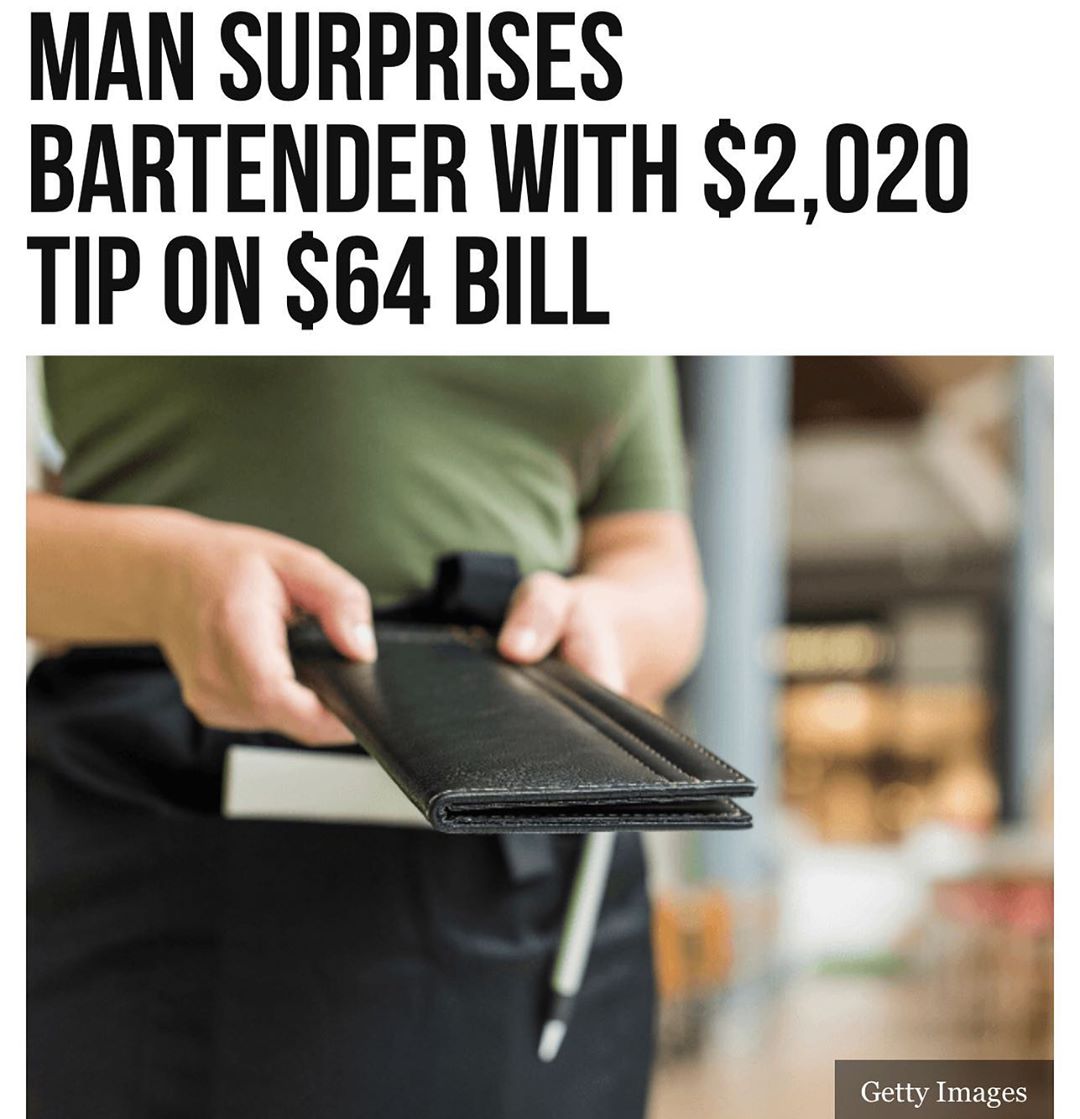 A bartender in Columbus, #Indiana, got the surprise of her life last week after a businessman gave her a massive tip.

When Carey Likens struck up a friendly conversation with a man staying at the Holiday Inn where she works, she had no idea her life was about to change for the better.

Following their long chat, Likens said the man got his check, signed it, then left. However, when she picked up the receipt, Likens said he had signed the $64 bill and left a $2,020 tip on it, just for her. “I just never thought for a million years that I would get that, just in Columbus, Indiana, serving drinks at Holiday Inn,” she commented.

The tip appeared to be part of the 2020 Tip Challenge that recently went viral on social media. The challenge was reportedly started by New Kids on the Block singer, Donnie Wahlberg.

January 1, his wife, Jenny McCarthy, tweeted a photo of a tip the star left for a waitress at an #IHOP in Illinois.

Recently, billionaire Ernie Boch Jr. also accepted the challenge by leaving a $5,000 tip for a waitress in Salisbury, Massachusetts. “Waiters and waitresses, they’re such fine people. It really hit me, and I wanted to do it,” Boch said.

Last week, the bartender recalled that the man who left the tip had turned around and smiled at her before walking out of the building.

Prior to the unexpected encounter, Likens said she had been out sick and said the money would help her make up what she lost during that time. “There are good people out there. They’re all over,” she commented. “They’re walking among us, and you never know who’s going to do a huge gesture for you. So pay it forward and make sure to just be a good person.” For now, the young woman said she planned on saving the money. #binspirednews

Abandoned by Trump, can Afghans pin their hopes on Biden? – Raw Story

Toolkit for Correctional and Detention Facilities

7 thoughts on “A bartender in Columbus, #Indiana, got the surprise of her life last week after …”