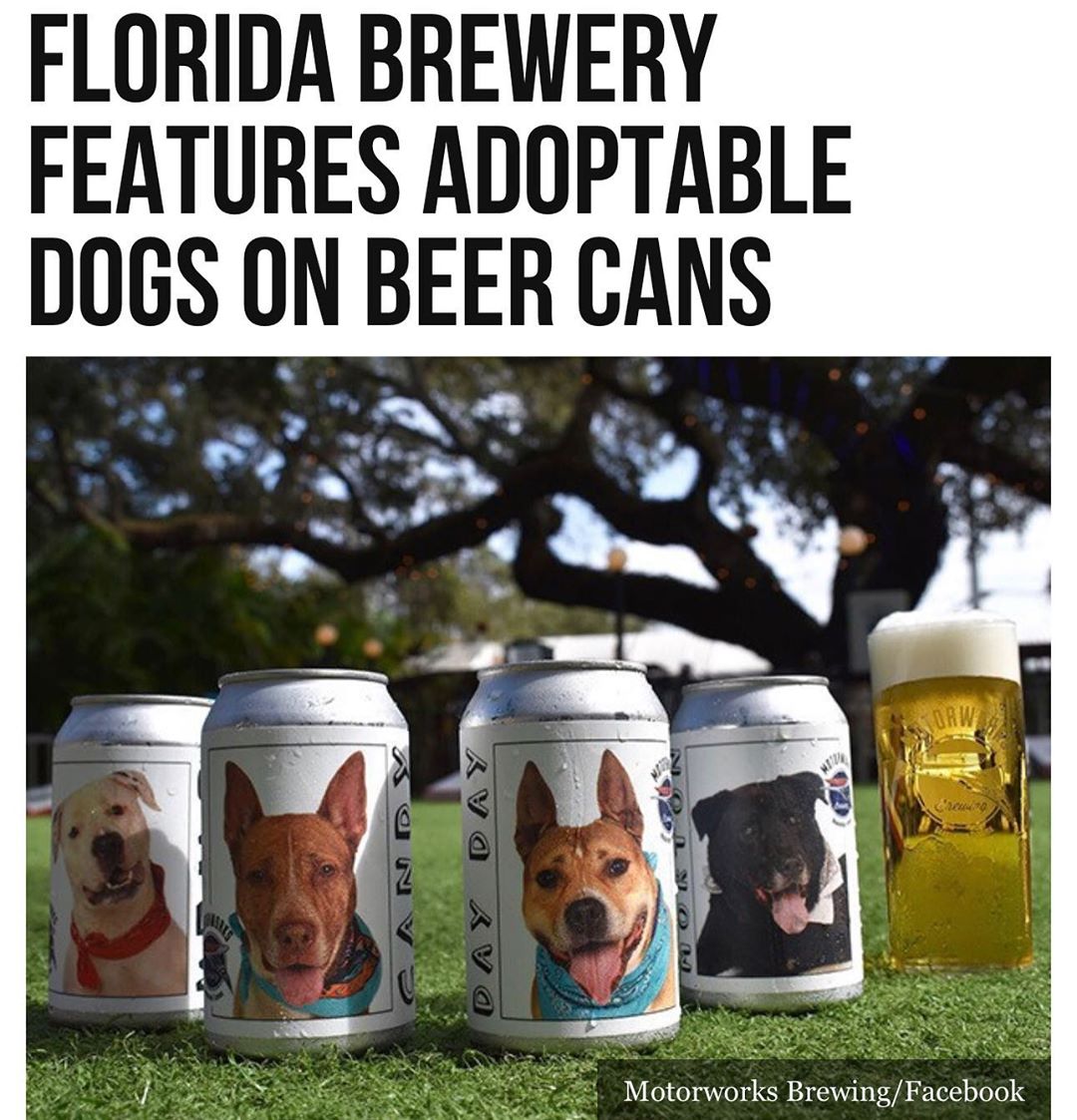 On January 17, #MotorworksBrewing company announced on its Facebook page that it would release beer cans with the dogs’ photos on them at a Yappy Hour event that weekend.

The post read: “Partnering with this month’s cause, Shelter Manatee, we are excited to release an exclusive ADOPTABLE DOG Cruiser Kölsch 4-PACK. Proceeds go to Shelter Manatee to help build the new shelter for our less fortunate four-legged friends. The dogs featured on the can will be on-site ready for adoption alongside several more puppers-in-need plus raffles, silent auctions, drink specials, food trucks & local vendors.” “There’s hundreds of other dogs at the shelter that are looking for homes and that’s really the point,” said the brewery’s Director of Sales and Marketing Barry Elwonger. “It’s not just to get those four dogs adopted, it’s to raise awareness and raise funds in general.” Built in the 1940s, the shelter’s current facility in Palmetto has developed significant problems over the years and is in need of a new location, according to its website.

Thanks to the brewery’s unique beer cans, the shelter has raised lots of money and awareness about the pets who need loving homes. “The excitement surrounding the recent efforts of Animal Network, Manatee County Animal Services, and Motorworks Brewing to highlight the adoptable dogs at the Manatee County Animal Shelter continues to rise,” the shelter wrote on its Facebook page Friday.

Elwonger said he was pleased with the outcome and expressed his thanks to those who got involved. “We love dogs here at Motorworks Brewing and can’t thank the community enough for getting behind this initiative.” The brewery’s website states that it cares about its neighbors and about keeping the state of Florida beautiful. “It is one of our values stay [sic] involved and make a difference with the community. Join us in supporting some of our friends.” #binspirednews

Covid vaccines – how will poor countries get them?