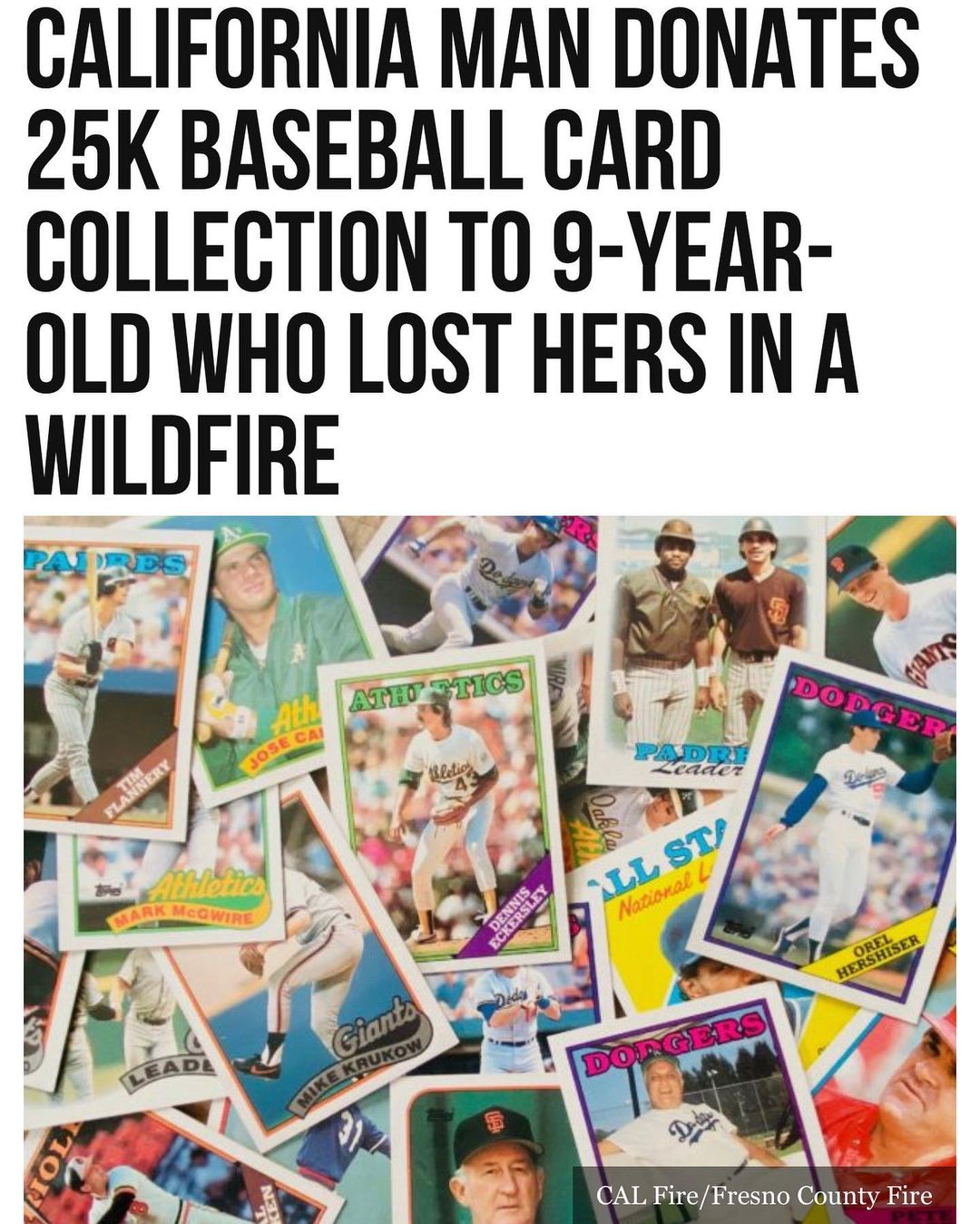 A #California man donated 25,000 of his precious baseball card collection to a nine-year-old girl who lost hers due to the #wildfires spreading in her region.

Reese Osterberg, in addition to being a diehard San Francisco Giants fan and avid baseball card collector, is also one of the best players in her little league, according to a statement from CAL FIRE/Fresno County Fire posted on Facebook.

“She’s a fierce competitor, and loves baseball. Reese is a natural lefty with a swing as smooth as butter,” the department said in a statement. “Like so many other children, Reese’s 2020 baseball season was canceled by the pandemic.”

Although Reese, her family, and her livestock were able to evacuate from the wildfires safely last month, her precious baseball card collection did not make it.

KNTV reported that less than 72 hours after the family evacuated, the fire completely destroyed their house, taking Reese’s 100-card collection with it.

“It’s been really tough because just thinking of the cards I owned brings back memories and stuff,” Reese told KGO.

So, the fire department stepped in to arrange a baseball card donation drive for Reese, as well as her two other friends who lost their homes to the blaze.

Not long after news of the drive went public, baseball card collector Kevin Ashford stepped up to the plate and donated his 25,000-card collection which he amassed over 25 years.

A Boost for the CDU: German Conservatives Back on Track as General Election Approaches