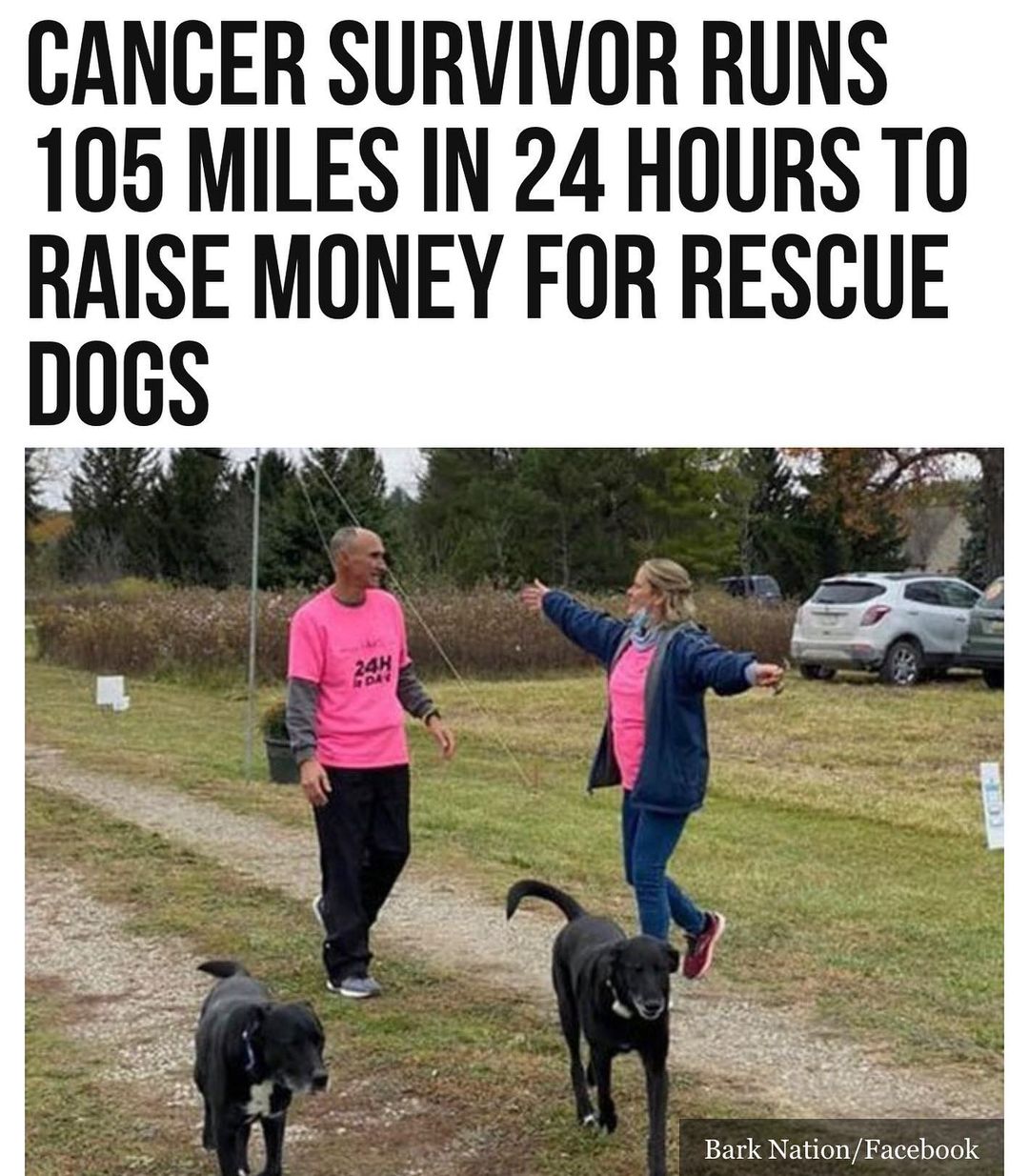 A cancer survivor in #Dexter, #Michigan, raised thousands of dollars for rescue #dogs over the weekend by running four marathons in 24 hours.

“I just wanted to give you a quick update in terms of how the race went. I did survive,” 59-year-old Dan Egeler told ABC News.

“You know what made it worthwhile was the support I got from all the people during the race,” he continued.

Egeler initially set out to raise $50,000 for nonprofit groups Bark Nation and Waggin’ Tails Dog Rescue, but when he crossed the finish line, he had raised $133,000.

“Egeler said he was inspired to help when he noticed that the #COVID_19 #pandemic had led to the cancelation of more traditional fundraisers,” according to the ABC News report.

In a Facebook post, Bark Nation shared a photo of Dan and said it was extremely proud of him for running 105 miles:

The nonprofit group focuses on “Shelter Intervention, Shelter Enrichment and Anti-Cruelty Initiatives,” according to its about page.

Prior to the run, Egeler set up a website so people could donate money to help the nonprofit organizations.

“Dan successfully completed the event on Sunday, October 25! It was grueling, painful, and often boring, but the love of dogs, and overwhelming support from his friends and community, guided him through the tough times to the finish line,” the site read.

The website also features photos and success stories about the rescue dogs.

In a Facebook post Monday, Egeler thanked his “Pit Crew” and other supporters, writing, “Without your help I could have never pulled this off!”

Several Facebook users said they were proud to know him and honored to have been part of the event.

“You are amazing and very motivating, it shows if you want something bad enough anything is possible,” one person wrote. #binspirednews 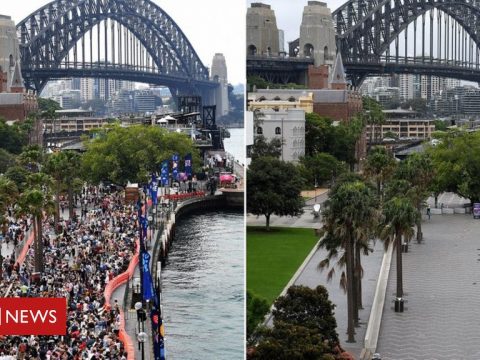 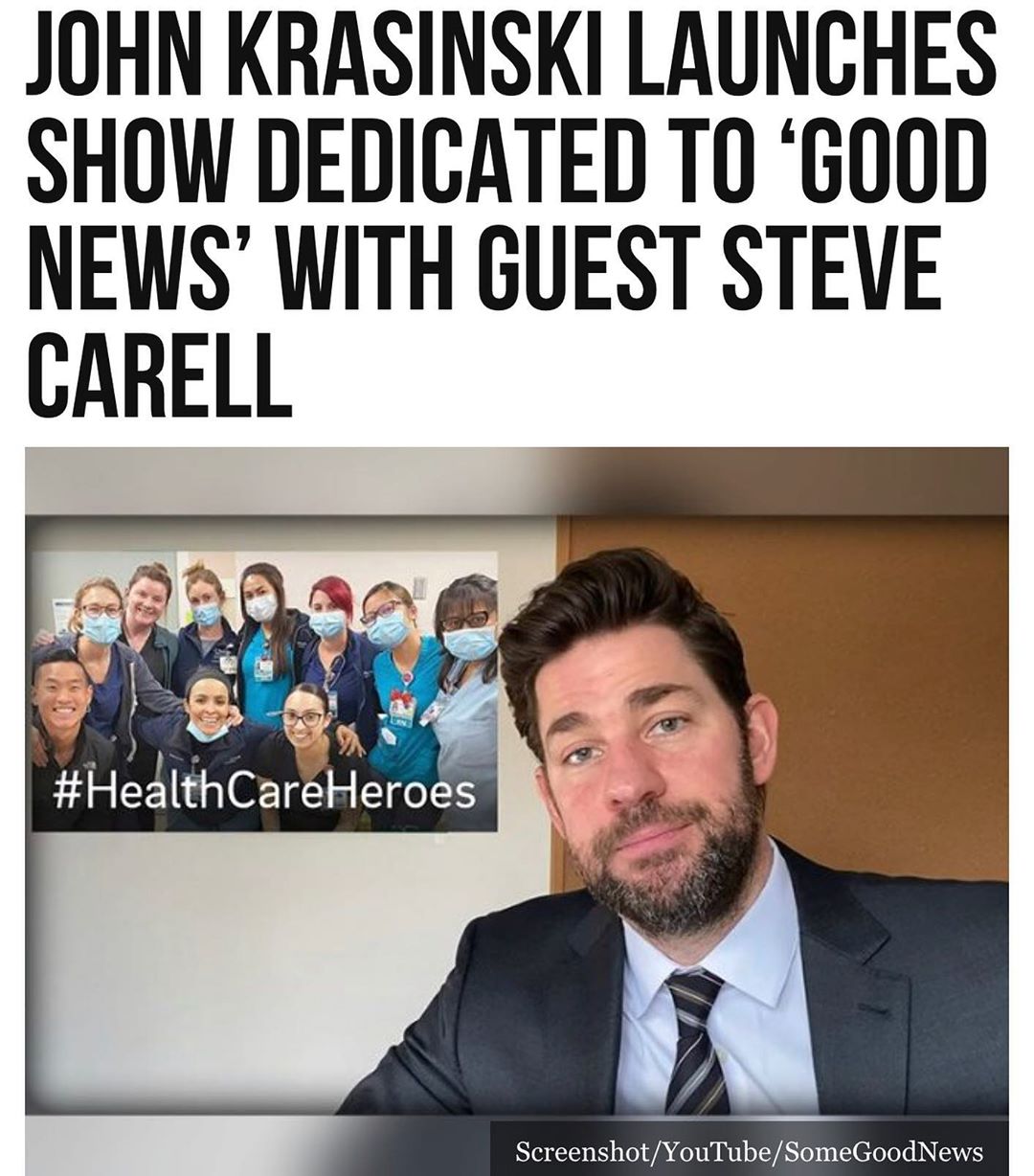 Considerations for Casinos and Gaming Operations

#beatthebug Evidence of escape of SARS-CoV-2 variant B.1.351 (South Africa) from natural and vaccine induced sera. https://t.co/DDIJRoVebB
View on Twitter
0
0

#beatthebug Considerations for Health Screening for COVID-19 at Points of Entry https://t.co/LIqPWYUzWi
View on Twitter
0
0