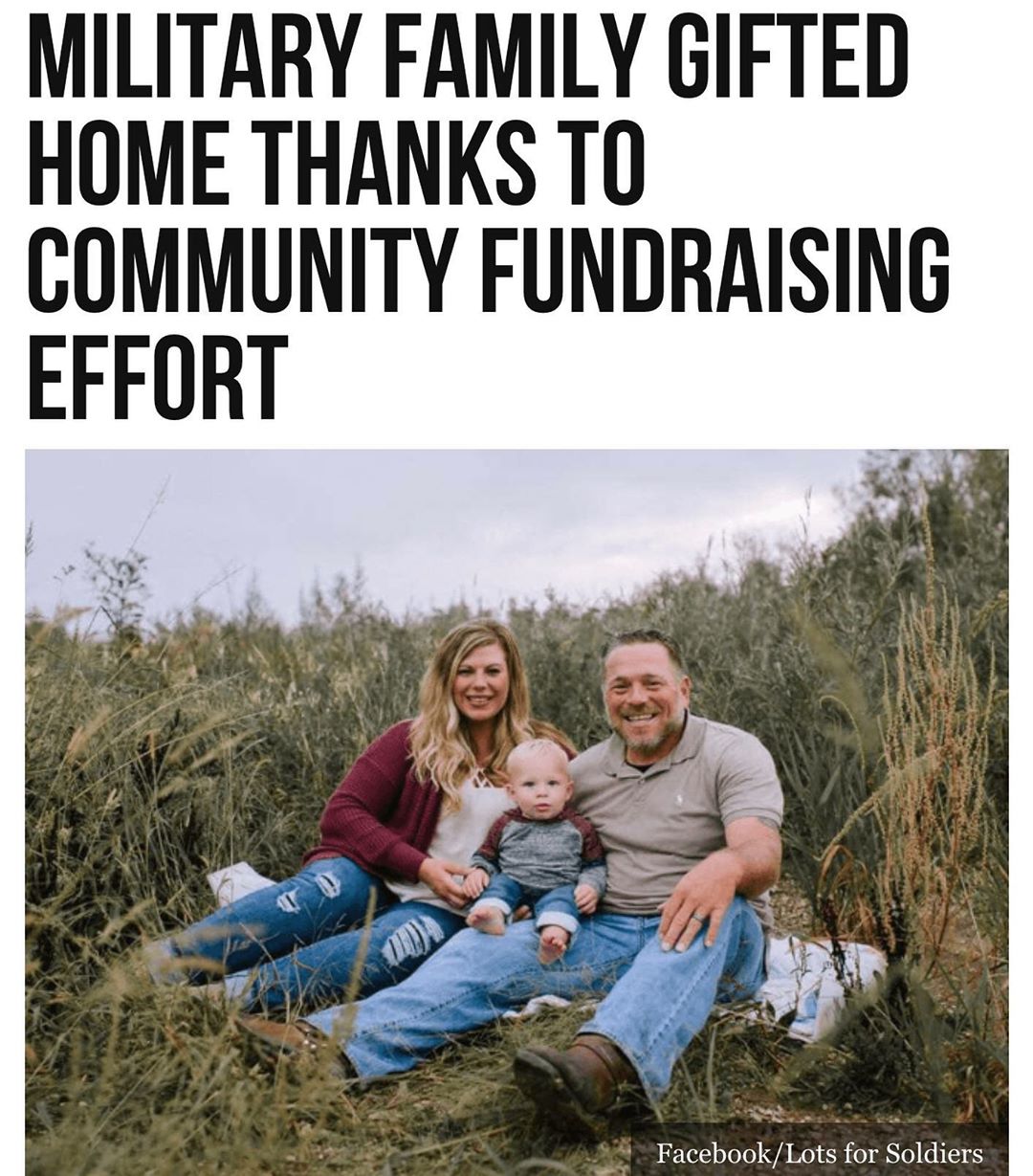 A #Celina, #Ohio-based community organization was able to give a #military family the home of their dreams with no strings attached thanks to a little creative fundraising help from the community.

The organization, called Lots for Soldiers, held a duck race at Bayview Pub to raise money for their next fundraising project.

Lots for Soldiers said on its Facebook page that its mission is to give back to “current and former members” of the #USmilitary by building homes for them. “One day I was complaining to my mother about the price of a new roof for a home, and a couple of weeks later I received a call from Mary Rosengarten, she’s the president of Lots for Soldiers, and she says she has a couple of options for us,” said Corey Stoker, who was named the next recipient of a Lots for Soldiers house.

Stoker served in the U.S. #MarineCorps between 2000 and 2004 stationed across the country and in Iraq. His mother, Tammy, said he was deserving of the project because of his service, but knew her son would be too humble to fill out an application himself. “A coworker gave him the application. He told me, ‘This is nice, but I can’t ask for something like this,’” she told the Daily Standard.

Stoker left the paperwork on his mother’s desk, so she filled it out and requested that several areas of his house be repaired.

Representatives for Lots for Soldiers reviewed their application and asked the couple if they would like to receive a new home instead.

The Stokers said they were “beyond thankful” for what Lots for Soldiers did for their family. “We are overwhelmed,” Tasha Stoker, Corey’s wife, said. “Lots for Soldiers puts their blood, sweat and tears into this organization.” #binspirednews

US, China spar in first face-to-face meeting under Biden