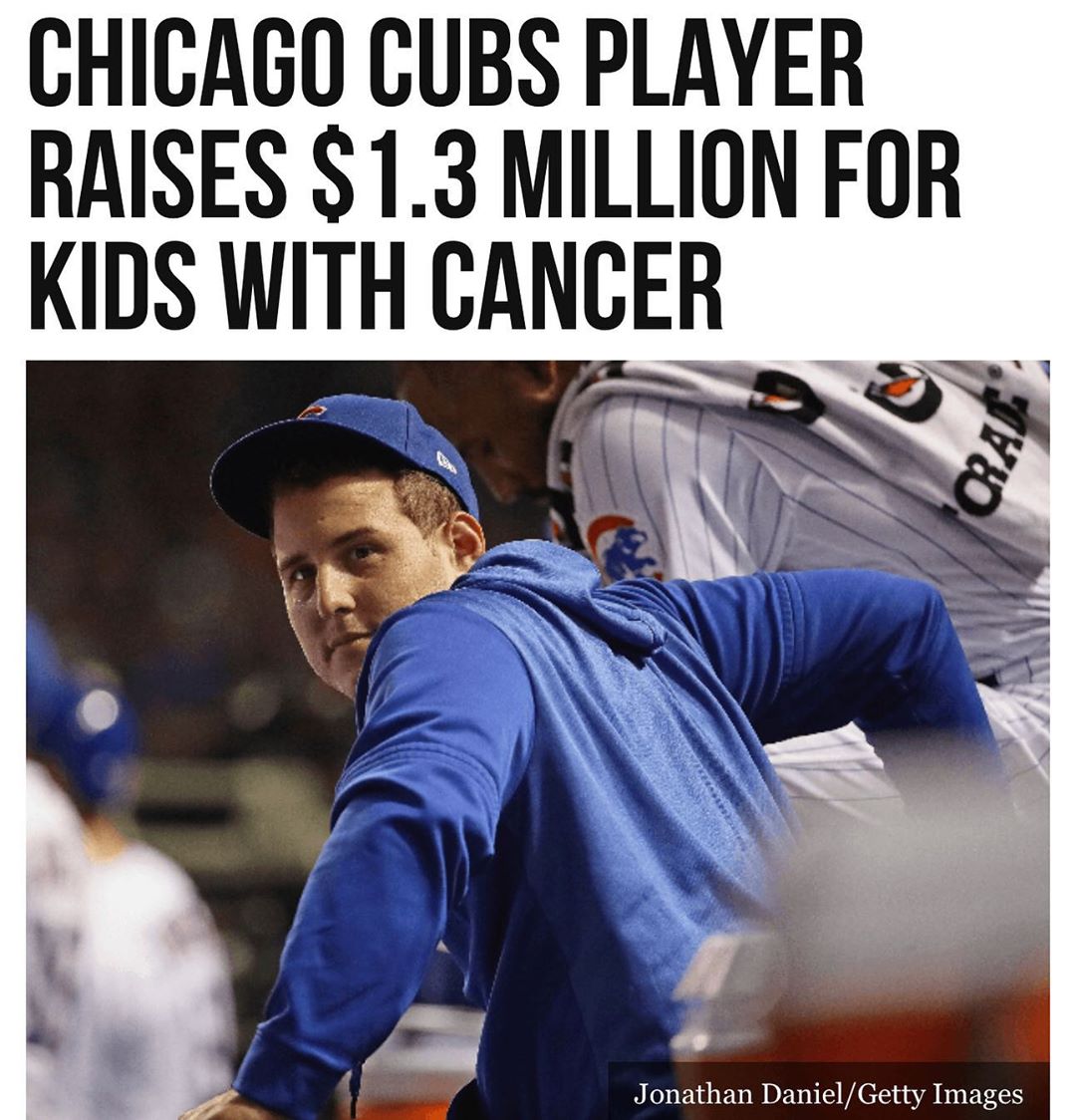 ⚾️ A Chicago Cubs player and cancer survivor raised $1.3 million for kids with cancer at a fundraiser on Sunday.

The fundraiser, which is in its eighth year, raised $1.3 million and brought a crowd of more than 1,000 supporters. The 2018 event raised $1.1 million. “We couldn’t help these families out without help from all of you guys and all of our donors,” Rizzo said to cheers in the crowd. “Without events like this, we can’t keep doing what we’re doing.” Rizzo also donated $1 million to Joe DiMaggio Children’s Hospital in Hollywood, Florida, to help pay for child life specialists at the pediatric care center, who help children and their families navigate the uncertainties of living with cancer.

Rizzo has personally had experience as a cancer patient himself. In April 2008, he was diagnosed with Hodgkin’s lymphoma. Six months later and after several rounds of chemotherapy, he went into remission.

But his grandmother suffering from breast cancer died two weeks after he received the news that he was in remission. “She was an inspiration,” Rizzo said of his maternal grandmother, Anna Mae Rapisardi. “My grandmother never let you know she was suffering.” Rizzo launched the Anthony Rizzo Family Foundation in 2012 to assist children across the country who receive a cancer diagnosis.

Since its founding, the organization has helped more than 1,000 families, according to Abby Suarez, the foundation’s executive director. #binspirednews