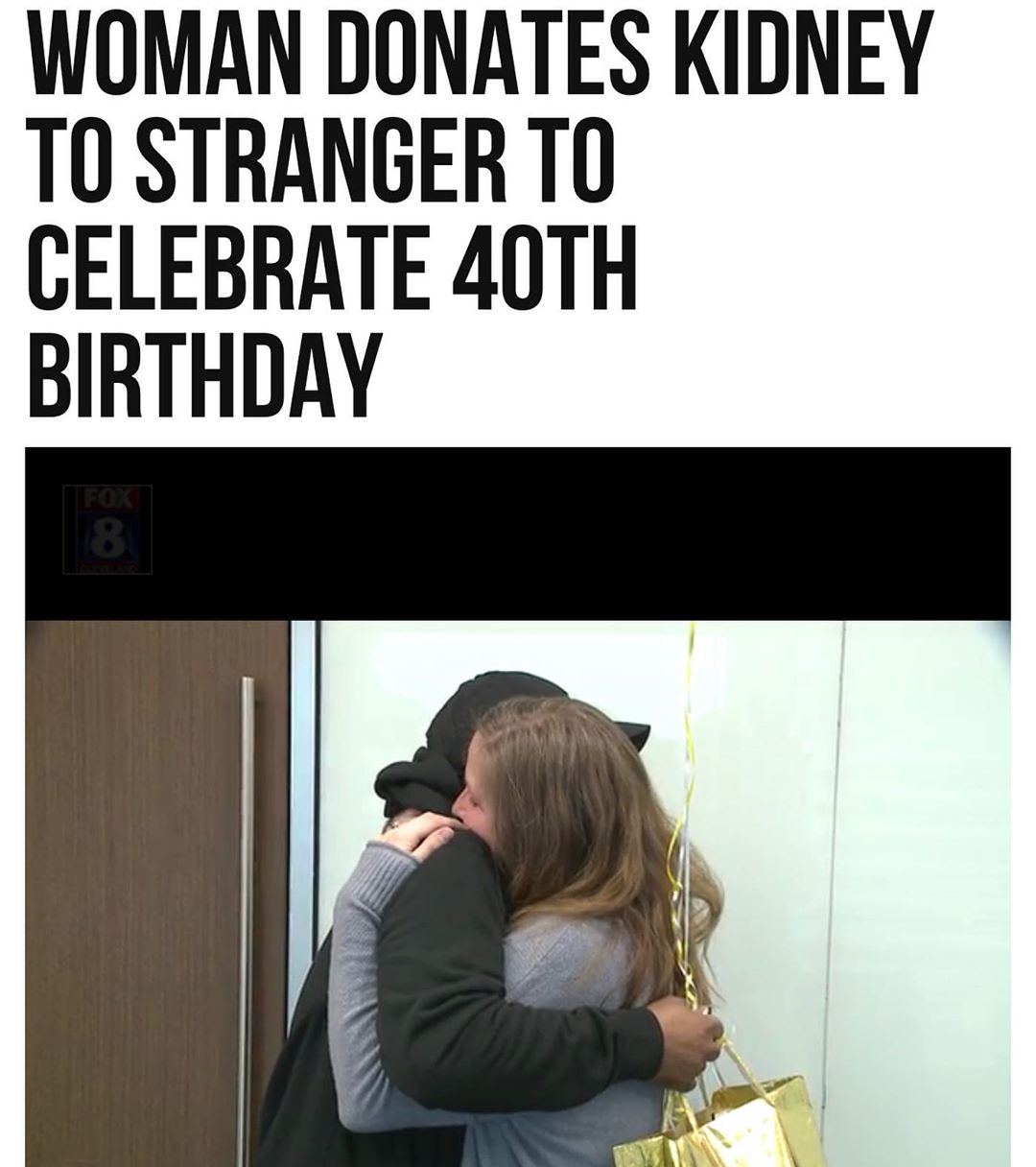 ❤️❤️ A #Cleveland, #Ohio, woman gave the extraordinary gift of life to a total stranger for her 40th birthday this year.

Karrie Nickloy’s promise to become a #donor began when she was a young girl and her brother was diagnosed with leukemia. “When I was younger my brother had leukemia and he needed a #BoneMarrowTransplant. They did testing and there was nobody that was a match and, unfortunately, he passed away. The kind of idea that somebody could give something of themselves and literally save someone’s life was set at that point,” Nickloy told WJW.

On December 17, which is Nickloy’s #birthday, she signed up to become a kidney donor. It was not long before her organ turned out to be a match for a patient in need.

Collin Rand, a father of seven who was also born on December 17, had been on the transplant waitlist for nearly three years. Time was running short for him, and he wanted to live longer to spend more quality time with his children. “I only had eight percent of my kidney use, but I still felt normal, though I tried to live everyday life like I normally could. It still affected me though, going to work and then going to dialysis four hours a day,” Rand said.

Nickloy was so excited about the whole process that she got a photographer to document her entire experience. “I felt it was a good way to use what I’ve been given to use my health and use my strength and pass it along to someone else,” Nickloy said.

It is not uncommon for total strangers to become kidney donors to those waiting on the transplant list.

Donors who are HIV-positive have also been able to #donate to total strangers if they are also HIV-positive.

In September 2019, an HIV-positive nurse donated a kidney to a fellow HIV-positive donor. He was the second-living donor to undergo the procedure. #binspirednews

Cynthia Nixon shades Andrew Cuomo over Emmy loss: ‘I still have’ mine

5 thoughts on “A #Cleveland, #Ohio, woman gave the extraordinary gift of life to a total stran…”