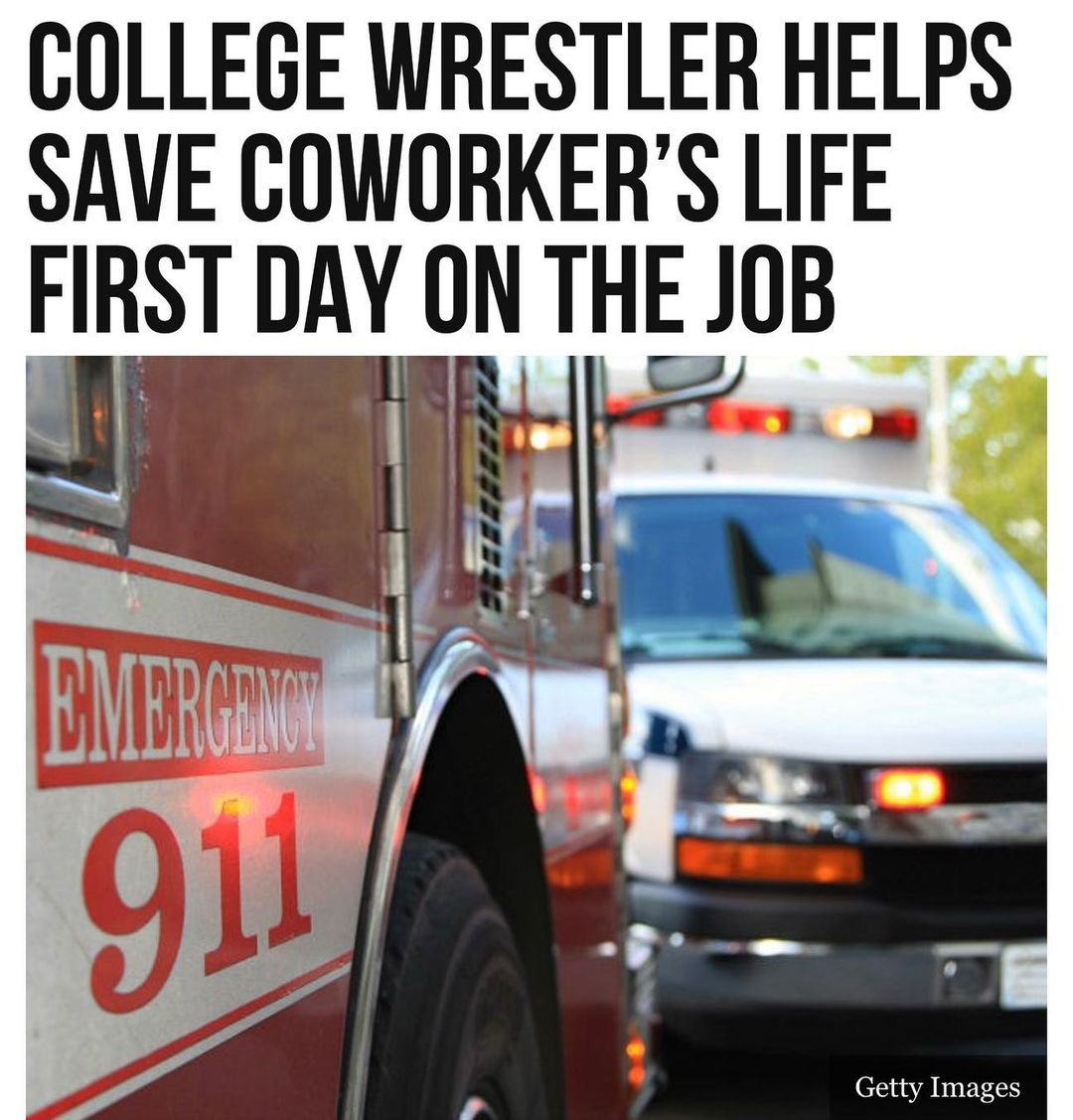 A college freshman in #StormLake, #Iowa, is getting a lot of attention for helping save his coworker who experienced a heart attack on September 17.

His first day working at Walmart, #BuenaVistaUniversity (#BVU) student Diego Aguilera was being trained in the produce department when he and another associate took a break together in a back room, according to the Sioux City Journal.

A few minutes later, Aguilera’s coworker told him he did not feel well.

“He sat down on a box of bananas and began sweating,” the computer science major recalled. “His skin turned pale, so did his lips. He was out of breath.”

When the man tipped his head back, Aguilera began searching for a pulse or heartbeat.

“I didn’t feel a heartbeat, so I began doing chest compressions,” said Aguilera, who became certified in CPR during his time as a team captain for the PSJA Memorial High School wrestling team in Pharr, Texas.

Once his coworker regained consciousness, Aguilera began asking him questions about his kids to keep him alert, according to the Des Moines Register.

Moments later, the man told Aguilera to get help, so he ran to the customer service desk and found a manager who called 911.

When first responders arrived, the college student helped guide them to his coworker’s location.

The man was later transported to a hospital in Sioux City where he was recovering in intensive care, the Journal article said.

“In my mind, it wasn’t really scary in that moment,” Aguilera recalled. “It was more: What can I do right now to help? It wasn’t a matter of being scared or thinking I can’t do this. There was no time to think about it. I had to keep moving.”

The next day, Aguilera shared the story with his BVU wrestling coaches, Mark Rial and Sean White, who praised the young man’s quick thinking under pressure.

“You were the right man in the right place at the right time,” Rial told him.

“You took care of business the best you knew how,” White said, adding, “We’re grateful to have a guy like you on the team. We can learn from you.” #binspirednews