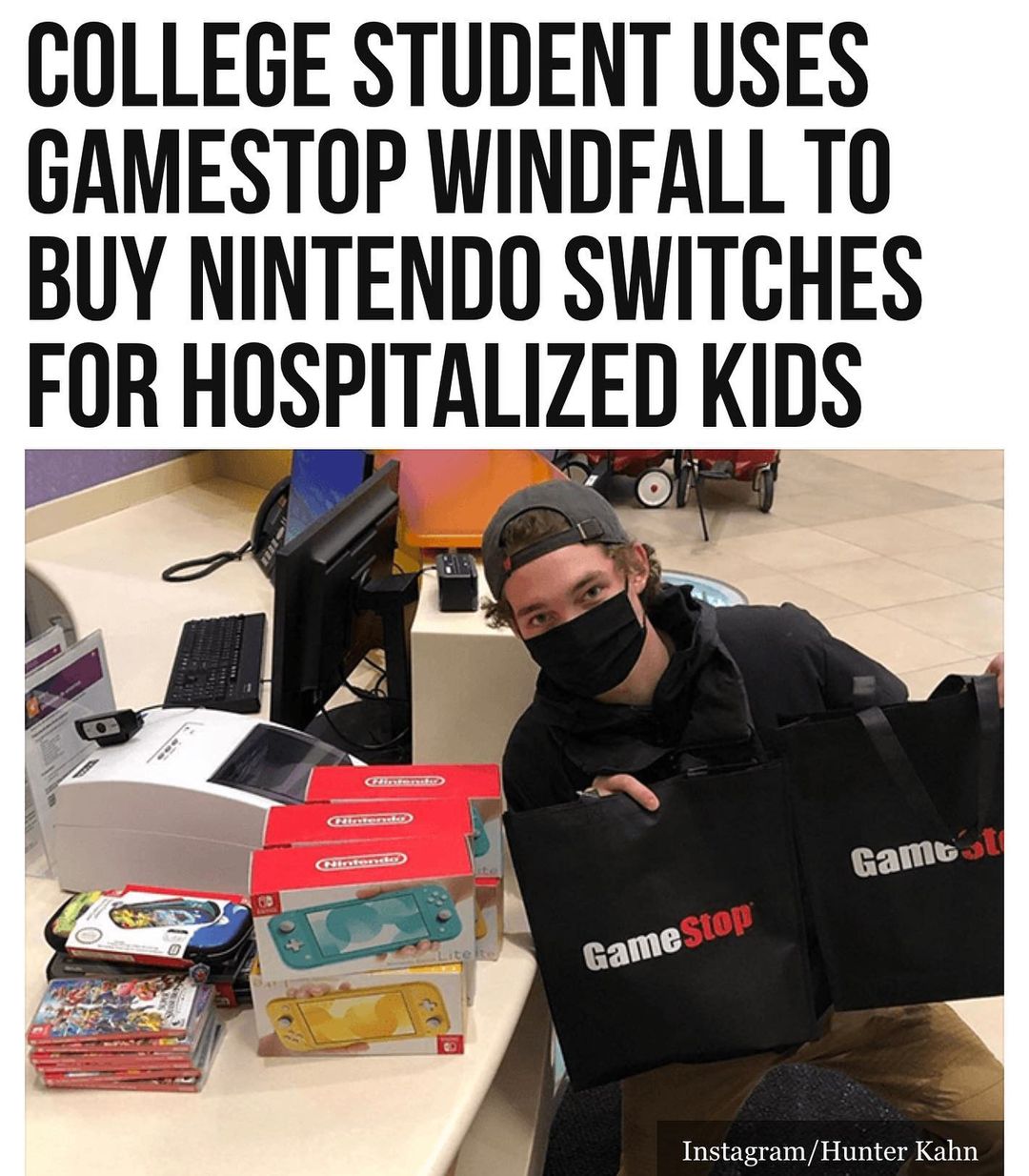 A college student who went all in on the #GameStop #stock craze used his windfall to buy #NintendoSwitches and donated them to a children’s hospital this weekend.

“I am proud to announce my humble donation of 6 #Nintendo Switches and games to go with them to the Children’s Minnesota Hospital,” Hunter Kahn wrote on Instagram, posting a photo of himself with the consoles purchased from GameStop. “Can’t stop. Won’t stop.”

“It was a better feeling than waking up in the morning and seeing that [GameStop’s stock price] was on the moon,” Kahn told WCCO. “I love video games. I know it would be terrible being a kid in a hospital with no joy helping them through.”

Kahn told the New York Post he sold $30,000 of his GameStop stock, but has plans to keep the first 50 shares he bought.