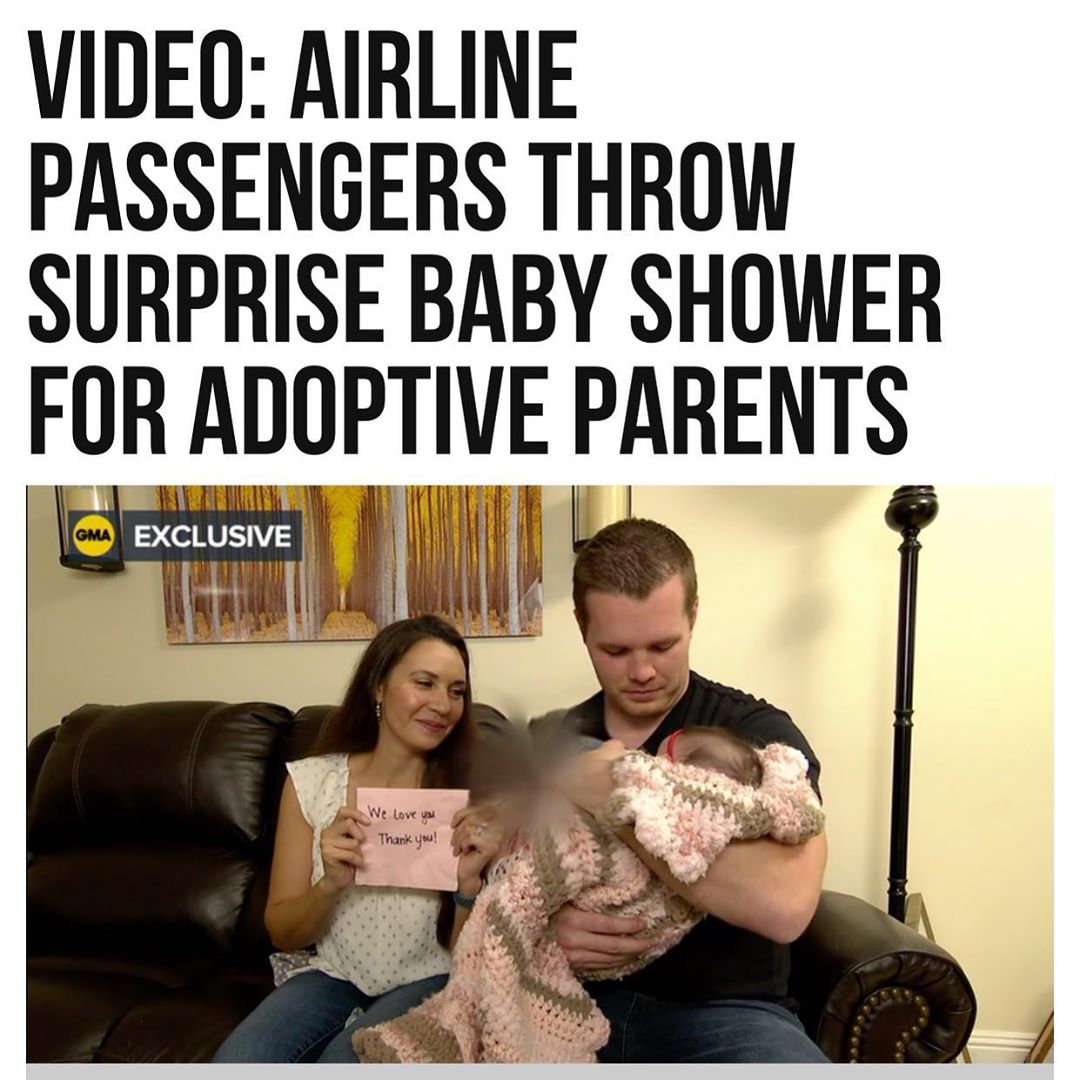 A couple from #BuenaPark, #California, got a sweet surprise when they boarded a plane to bring their adopted baby home in November.

Dustin and Caren Moore tried to have a child of their own for nine years with no success, but when they met a baby girl in need of a family, they were beyond excited to become her parents. “She had me wrapped around her fingers instantly — I heard her crying outside the room and I started crying,” said Dustin.

Following the adoption, the couple boarded a Southwest Airlines flight from Colorado to California but had no idea they were about to receive a ton of support on such a big day.

On the plane, the new parents had finally settled into their seats when the baby woke up and needed her diaper changed, so a kind flight attendant named Jenny made room for them in the back, according to Today. “After a change, Jenny and another passenger complimented my beautiful daughter and politely asked what had prompted a flight with such a young infant,” Dustin wrote, adding “I gave them the shortened adoption story, to which they hastily offered congratulations, and shared a few more kind remarks.” A few minutes after telling the story to another flight attendant named Bobby, he heard the intercom come on as Bobby announced that the infant was the flight’s special guest.

To the couple’s surprise, all of the passengers began to clap and cheer.

The flight attendants then passed out napkins for everyone to write down any parenting advice they had for the Moore family.

At the end of the trip, Dustin and his wife were presented with 60 napkins with notes that said things like “The hard parts don’t last forever! Congratulations!!” Now, the couple keeps the napkins in a scrapbook and said many of the notes have proved helpful since they brought their little girl home. “All those worries and those fears that we had about, ‘Can we do this? Are people going to be good to our sweet daughter even though we adopted her?’ And everybody who just basically shouted ‘yes’ in unison to each other just made us feel so good, so, so good,” he said. “I can’t think of any better way we could have had to bring our daughter home,” said Dustin. #binspirednews

10 thoughts on “A couple from #BuenaPark, #California, got a sweet surprise when they boarded a …”