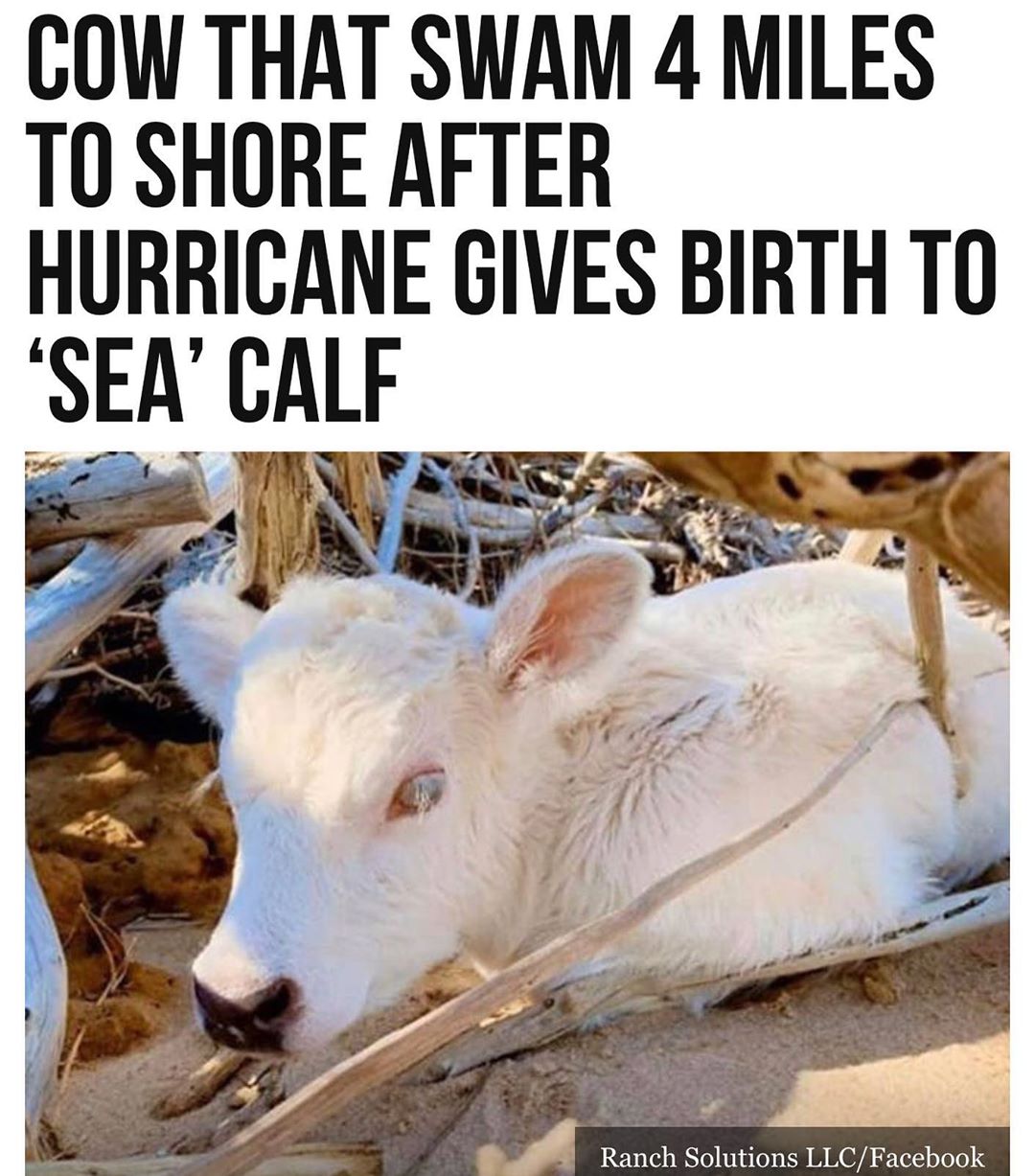 A #cow that swam four miles to shore after #HurricaneDorian swept it away in September has given birth to a “sea” calf.

The calf, whose photo was posted by the business Ranch Solutions last Monday, has white fur and one blue eye and one brown eye — a rare phenomenon known as heterochromia iridis.

USA Today reported that Ranch Solutions was hired to return the pregnant cow named Dori back to North Carolina’s Cedar Island. She and two other cows were swept away by Dorian and were discovered on Cape Lookout National Seashore, escaping Dorian’s eight-foot “mini-tsunami,” according to the Associated Press.
The cows on Cedar Island are considered “feral,” meaning they are not domesticated and in the wild. They also have a bleach-blond appearance, resident Woody Hancock told McClatchy News. “The wild cattle that lived on Cedar Island were not used to seeing humans or having them approach them,” the state’s park service said.

Many other creatures who lived on Cedar Island, including 28 wild horses, died during Hurricane Dorian. #binspirednews

For Specific Industries and Occupations