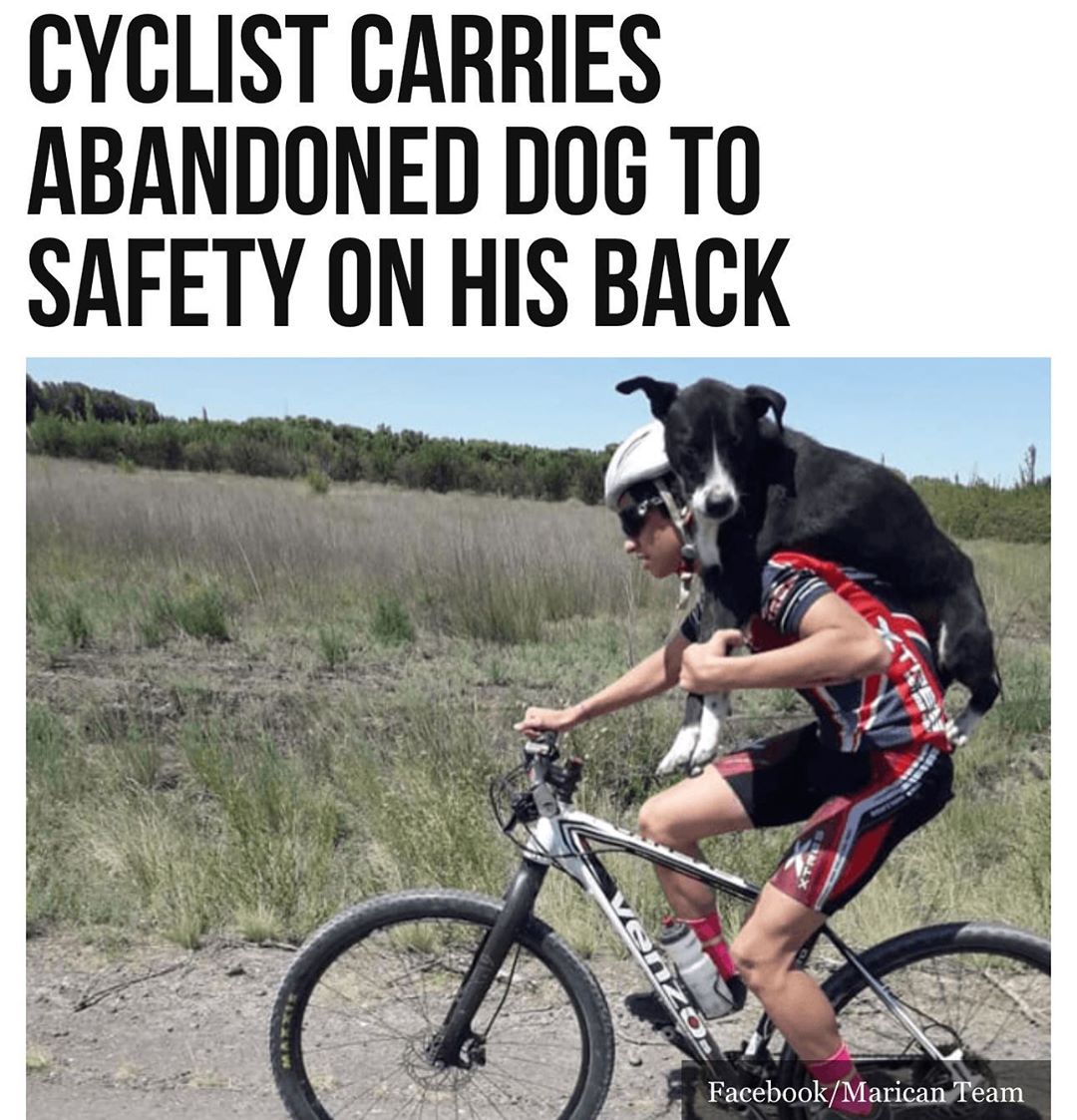 A #cyclist dressed up in his racing gear carried an abandoned and severely dehydrated #dog to safety on his back after finding the animal in the middle of the road, according to a video.

The Facebook video, filmed by Marican Team, showed the man carrying the large black and white dog on his back while he continued to pedal down the road in Argentina.

The video has been viewed more than 623,000 times and has gained more than 11,000 reactions on Facebook.

According to local media, three cyclists from the Argentinian town of Villa Regina were traveling together when they discovered the abandoned dog in the middle of the road.

The dog appeared to be disoriented and dehydrated when he was found.

The video was accompanied by a message, roughly translated from Spanish which stated, “Rodri, Alan, and Emiliano from Villa Regina during their training attended to an abandoned puppy who was dehydrated during their training,” The cyclists eventually brought the animal back to town. It is unclear who is currently caring for the dog. #binspirednews 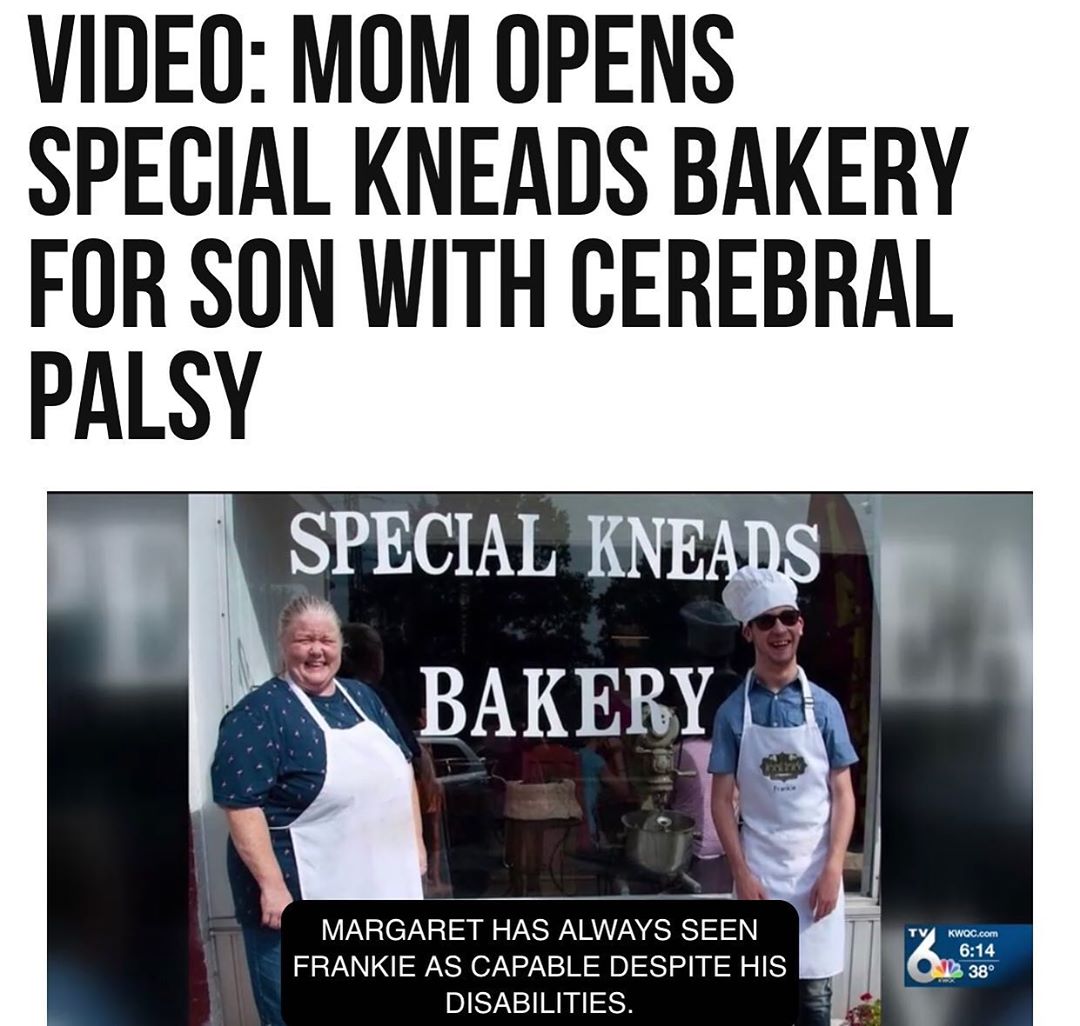 A mom in Galva, #Illinois, is making sure her son has all the skills he needs to… 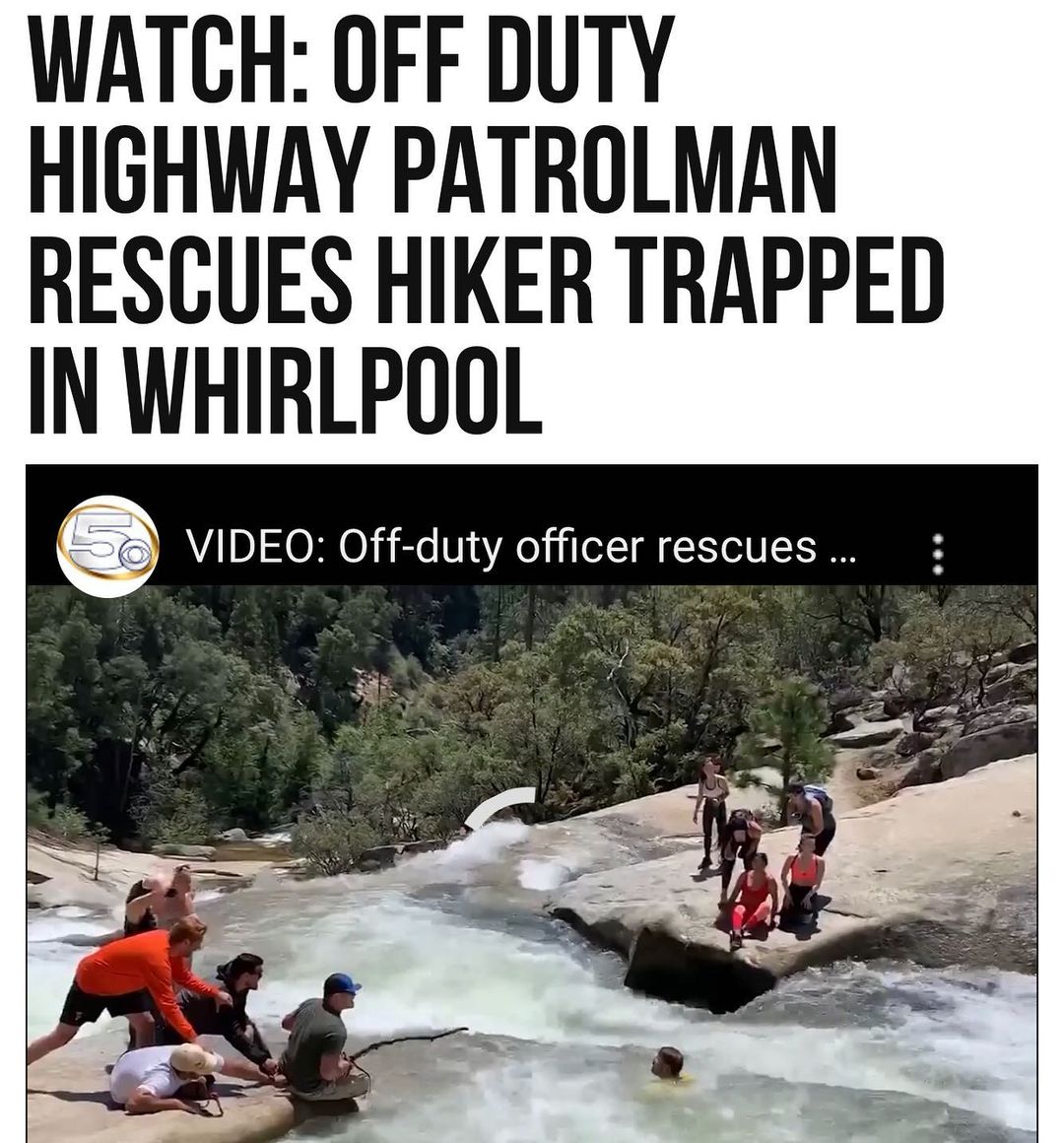 Overview of Testing for SARS-CoV-2 (COVID-19)