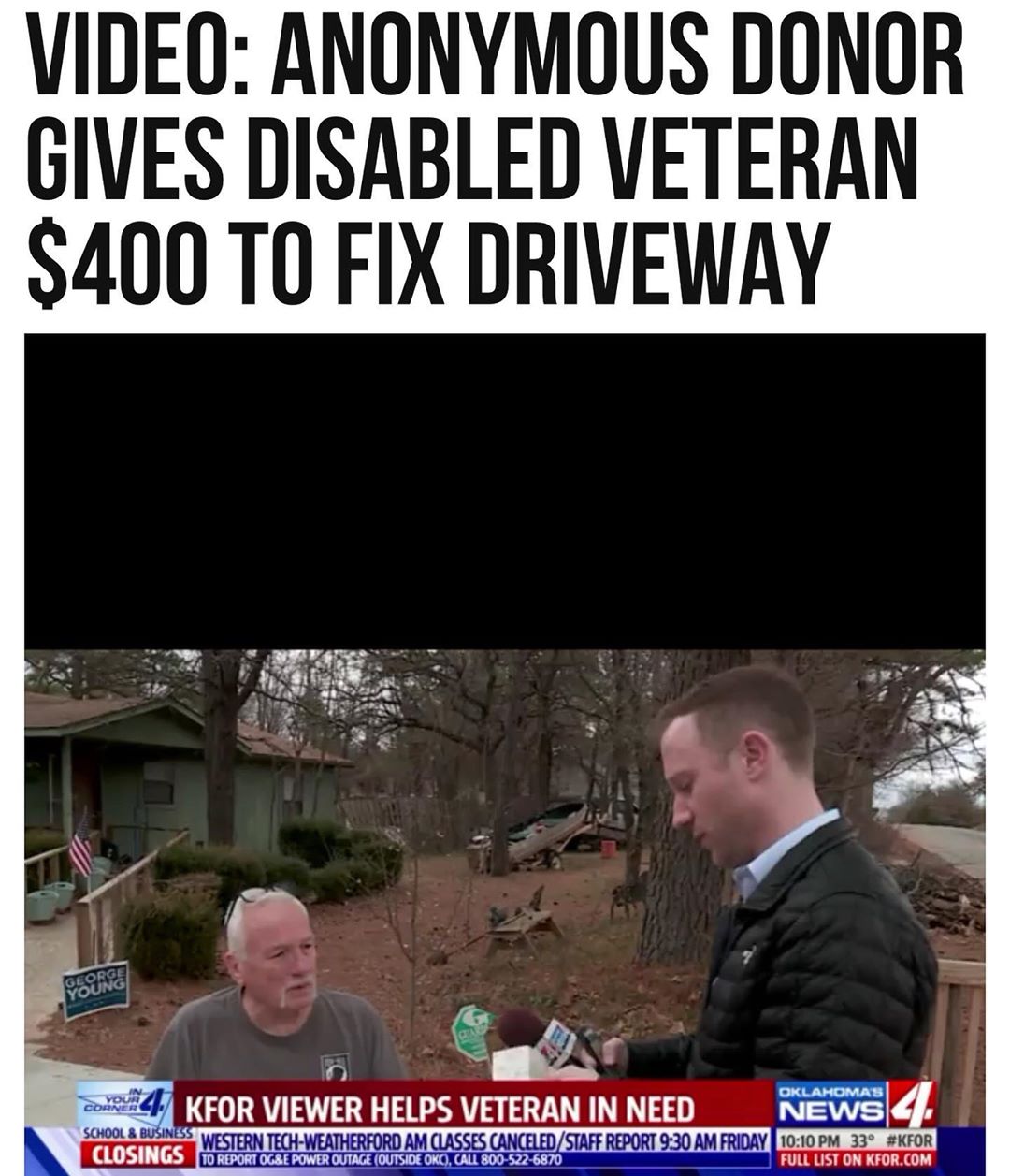 A disabled #USNavy veteran recently received an unexpected #gift after a contractor reportedly failed to asphalt his driveway correctly in #December.

#Veteran George Young said he paid James Truesdale $420 to make his driveway smooth enough to safely get out of his truck and into his wheelchair.

However, once the job was finished, Young noticed it was not done properly, and other neighbors also complained about the poor job the contractor reportedly did. “I won’t get on it with my wheelchair,” George said at the time. “Don’t know if I’ll get stuck in it, not get out or what.” Larry Patrick, who is with a nonprofit group called the Oklahoma Asphalt and Pavement Association, dedicated to ensuring “lawful trade practices and lawful ethical conduct,” said there were several reasons the asphalt did not harden. “Basically it wasn’t thick enough, number one; number two, it probably wasn’t packed the way it should’ve been, let’s put it that way.” Reporters reached out to Truesdale, who claimed he had fixed the situation but did not say whether or not he would refund the money. “It ain’t none of your business, I will take care of it,” he reportedly said.

Despite the bad situation, when a viewer saw the story aired on News 4, they decided to help out in a big way by donating $400 so Young could get his driveway fixed. “Thank them for me,” the veteran commented when presented with the check. “People don’t normally do things for me like that, except my neighbors.” Now, Young said he hoped his thank you message will make it to the anonymous person who wanted to make his driveway safe enough for his wheelchair. “I hope they’re happy. This 2020 new year is probably gonna be the best they’ve ever had, for generosity like this,” he concluded. #binspirednews 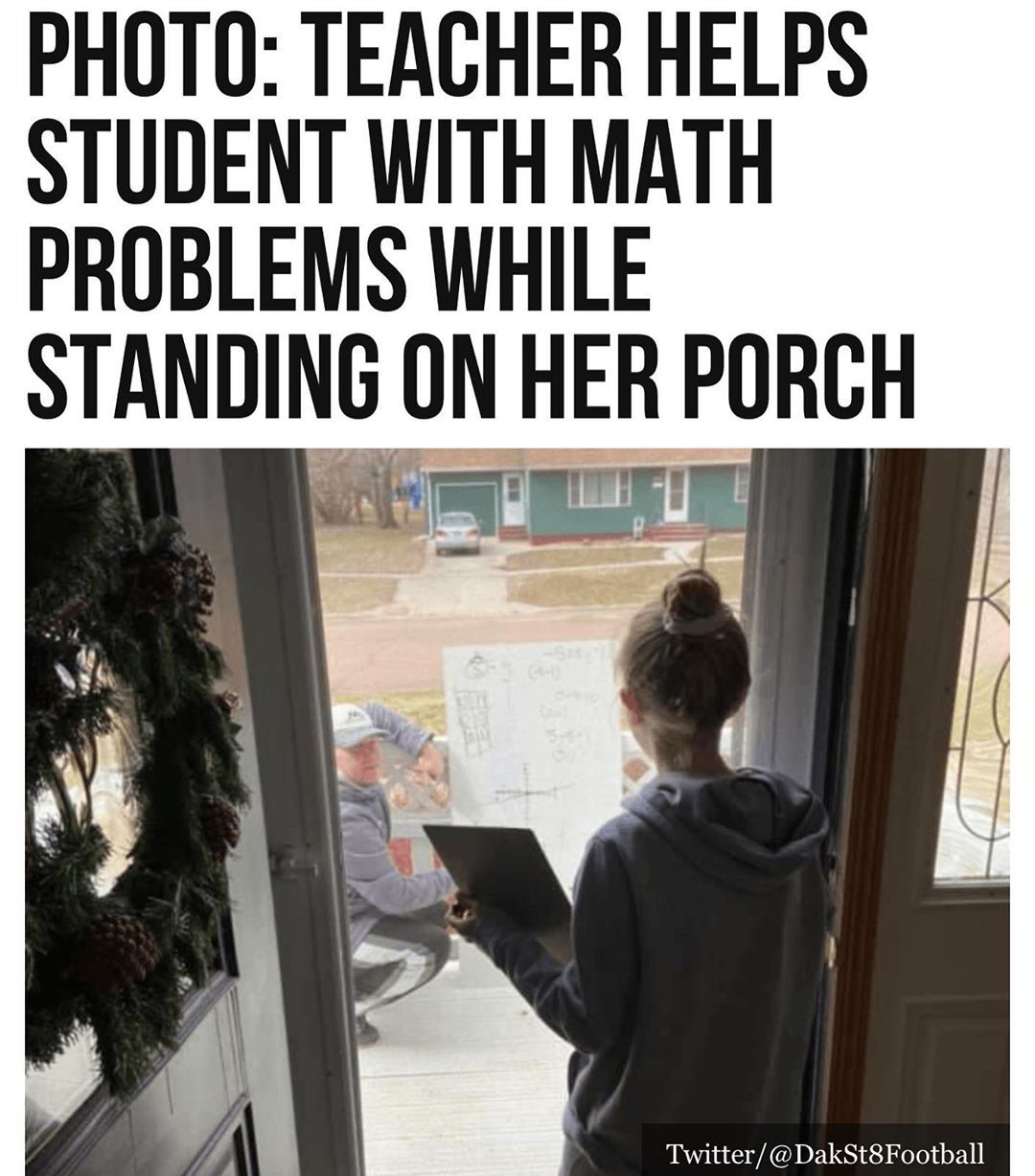 A math teacher in Madison, #SouthDakota, is being praised for the creative way h… 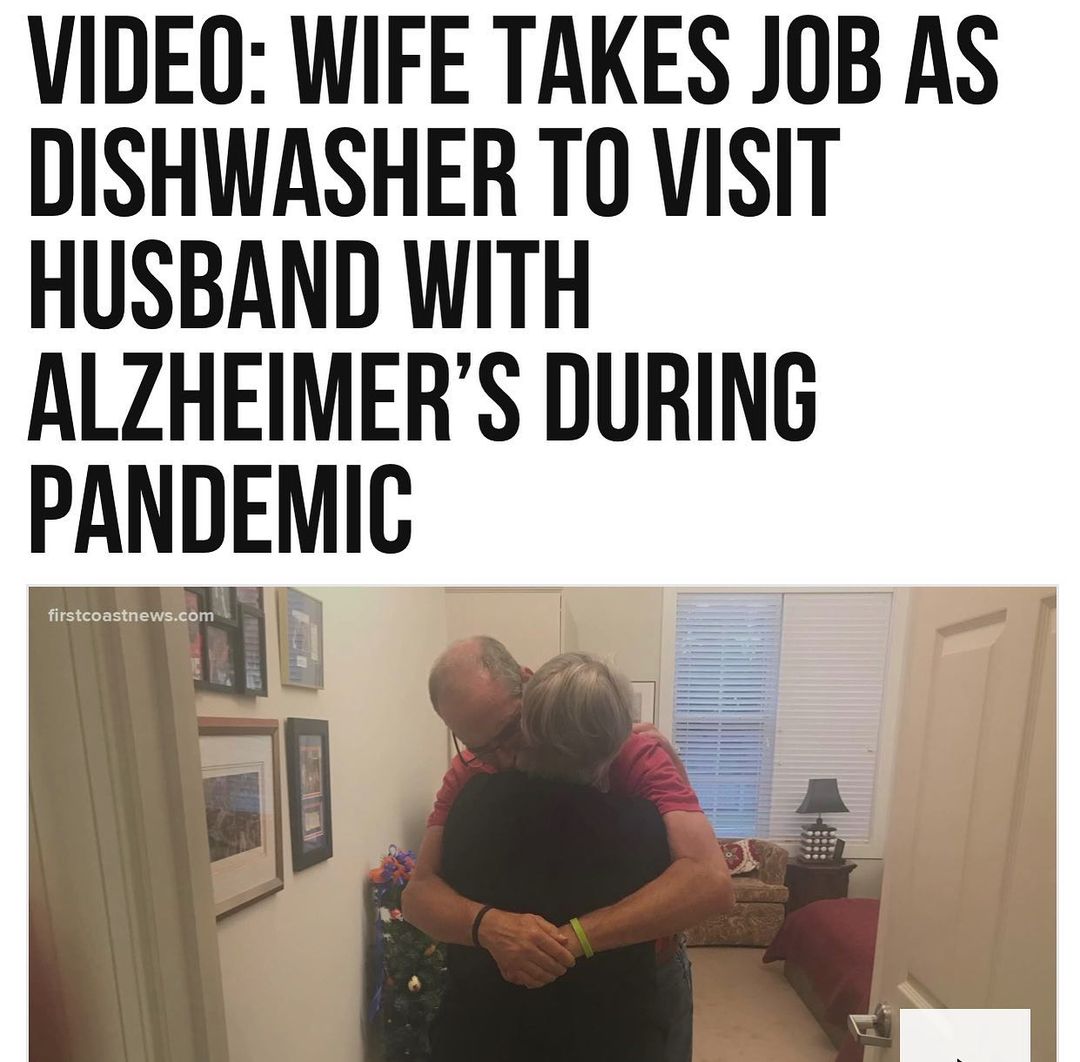 A woman in #Jacksonville, #Florida, is going to great lengths to visit her husba…