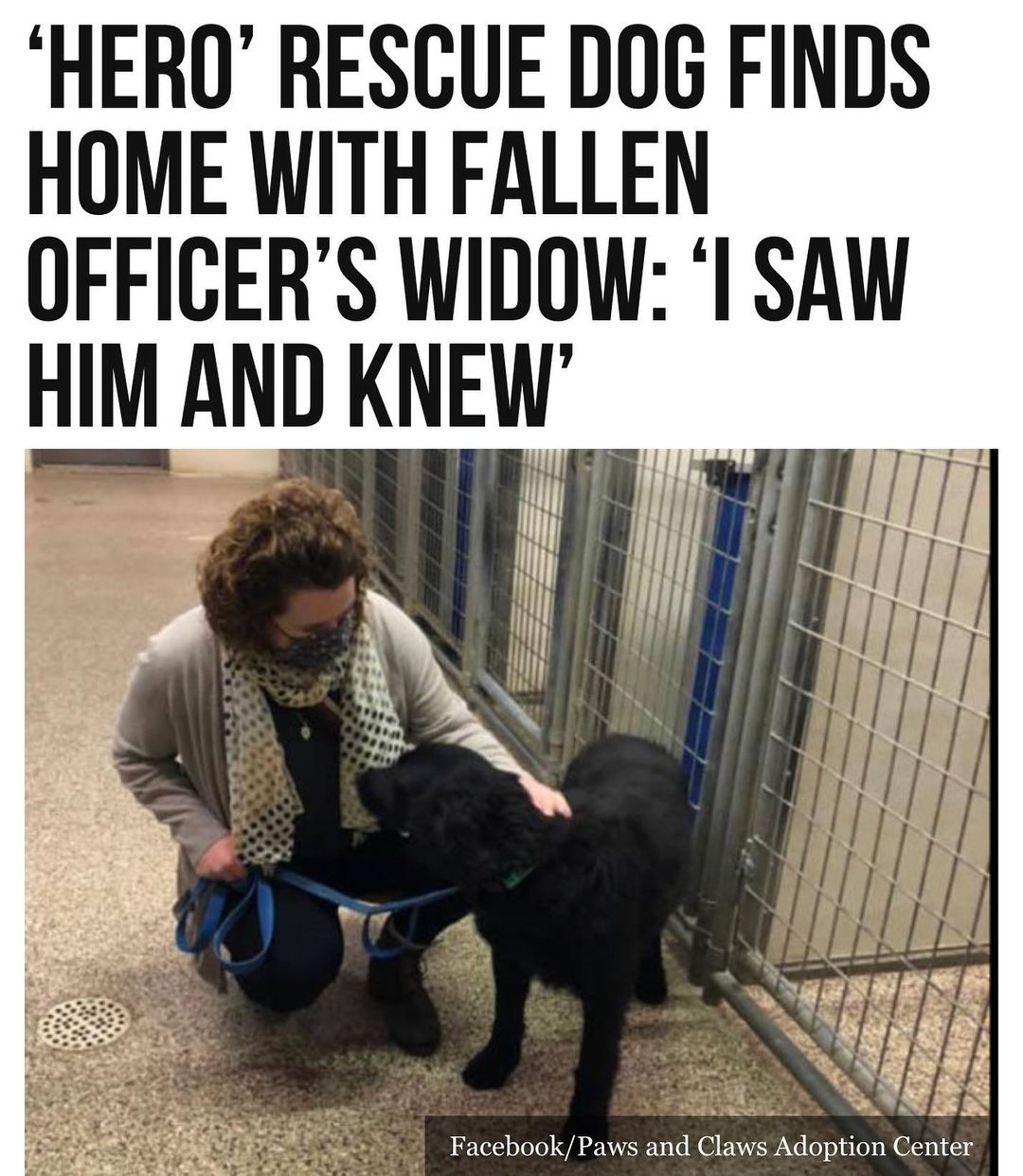 A #dog in #Columbus, #Nebraska, who escaped a bad situation and helped save five other canines in the process, has found a special place to call home.

“Hero, a one-and-a-half-year-old retriever mix, will soon be joining the home of another #hero – that of Carrie Herrera, wife of Lincoln Police Department Investigator Mario Herrera, who died in the line of duty last year,” the Columbus Telegram reported Friday.

According to Paws and Claws Adoption Center director Deb Potter, Hero was rescued from a hoarding situation in November once he broke through boarded windows and got the attention of neighbor Tonie Quinlin.

Quinlin said she was outside her house when she saw a dog hanging out of a broken window across the street.

“My girlfriend came over to look at that and she went over and she goes, ‘Well, it’s OK but oh my God the stench,’” she said, adding the pup was covered in feces.

Once Quinlin got a leash and saw the dog had jumped out the window, she recalled, “I got (the dog) and called the police department. He was in very bad shape.”

Five additional dogs were also removed from the home thanks to the pup’s actions.

“The others were adopted and doing great. He was a little tougher, that’s why I named him Hero … because he was the one who jumped out (and) saved the others,” Quinlin explained.

Officer Ripley works as a trainer and adoption coordinator for Second Chance Pups (SCP), which places shelter dogs with inmates at the Nebraska State Penitentiary for obedience training before they are adopted.

Once Ripley shared the post, Herrera called her and said she wanted to adopt Hero.

“I saw him and just knew. I didn’t know his story yet, I didn’t know anything about him. I texted Melissa and said, ‘The dog you posted, can we see him? I want him,’” Herrera commented.

The two drove to Columbus to see Hero on January 31 and Paws and Claws shared a photo of the meeting.

The rescue pup is set to graduate from the SCP program on Friday when Herrera will take him home for good.