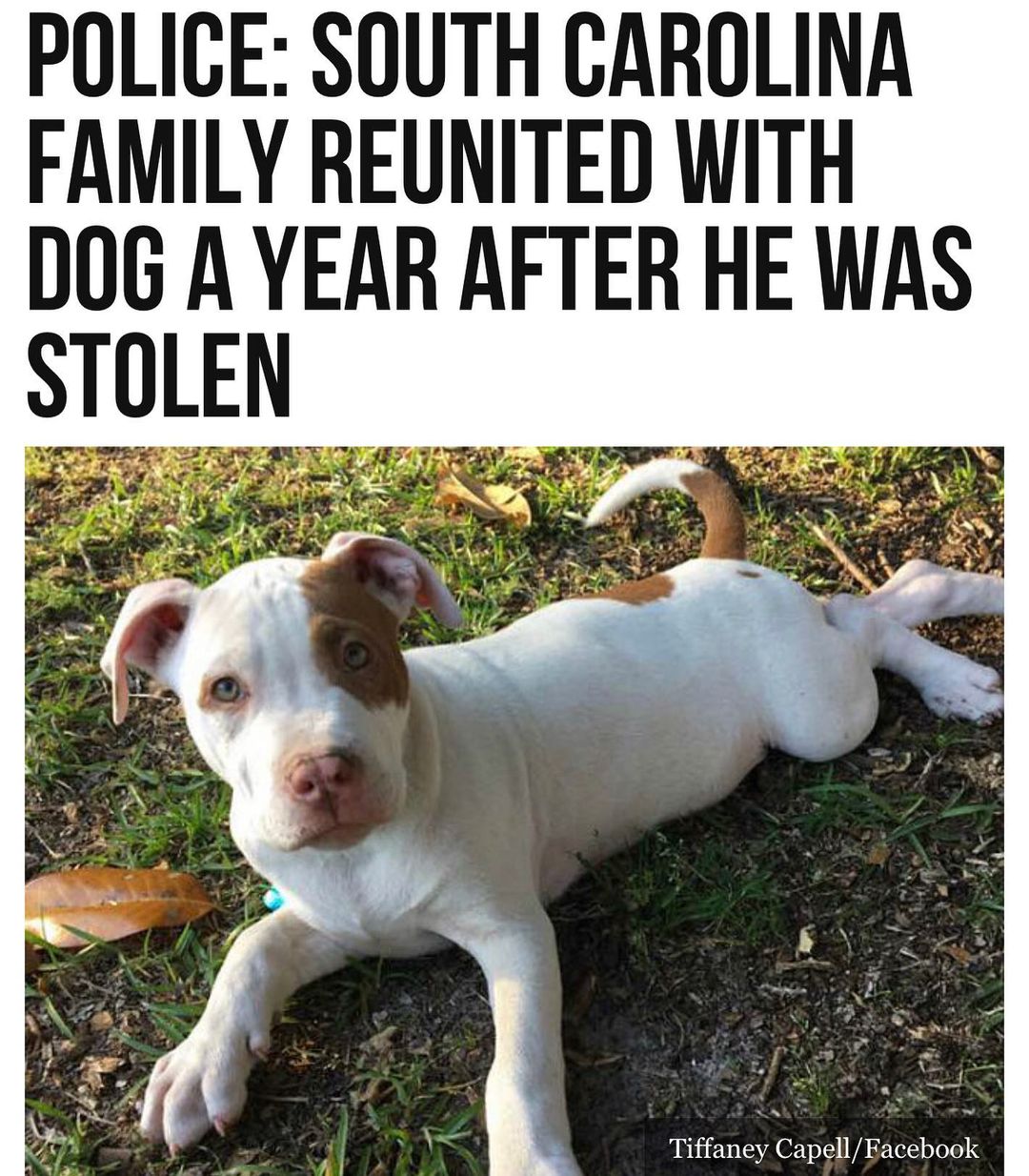 A #dog named Diesel is back with his #SouthCarolina family after the two spent nearly a year apart, police said.

The story of how the dog of Tiffaney Capell and her daughter became reunited with the family started on March 13, when a Sumter County deputy responded to a call about a neglected dog held in someone’s yard.

After deputies arrived at the home, the deputy came to the conclusion that the dog was in poor shape and needed to be transported to animal control.

The sheriff’s office and animal control attempted to contact the person whom they thought was the owner of the pooch. But after a month of no luck, the agency put the dog up for adoption.

The following day, an animal rescue organization told deputies that the dog resembled one stolen out of Sumter in June 2019.

The sheriff’s office and the Sumter Police Department looked at the missing dog flier from 2019 and compared it to the image of the recently rescued dog.

The law enforcement agencies agreed the animal from the poster looked like Diesel.

Police contacted Capell using the year-old information from the flier. Capell told the police she and her daughter prayed every night that someone would find Diesel.

On May 8, when Capell and her daughter arrived at the kennel to pick up Diesel, the dog with the long tail and brown spots ran straight to the mother and daughter and could not stop wagging its tail, police said.

The sheriff’s office charged a man who lived at the home where Diesel was found with one count of ill treatment of an animal and one count of receiving stolen goods.

It is not that uncommon for stolen or missing dogs to reunite with their former owners after an extended period of time.

A dog who went missing for 54 days after a tornado was reunited with her family this month, and in December 2019, a stolen pit bull was reunited with his family after 15 volunteers drove 2,000 miles to get him back home. #binspirednews