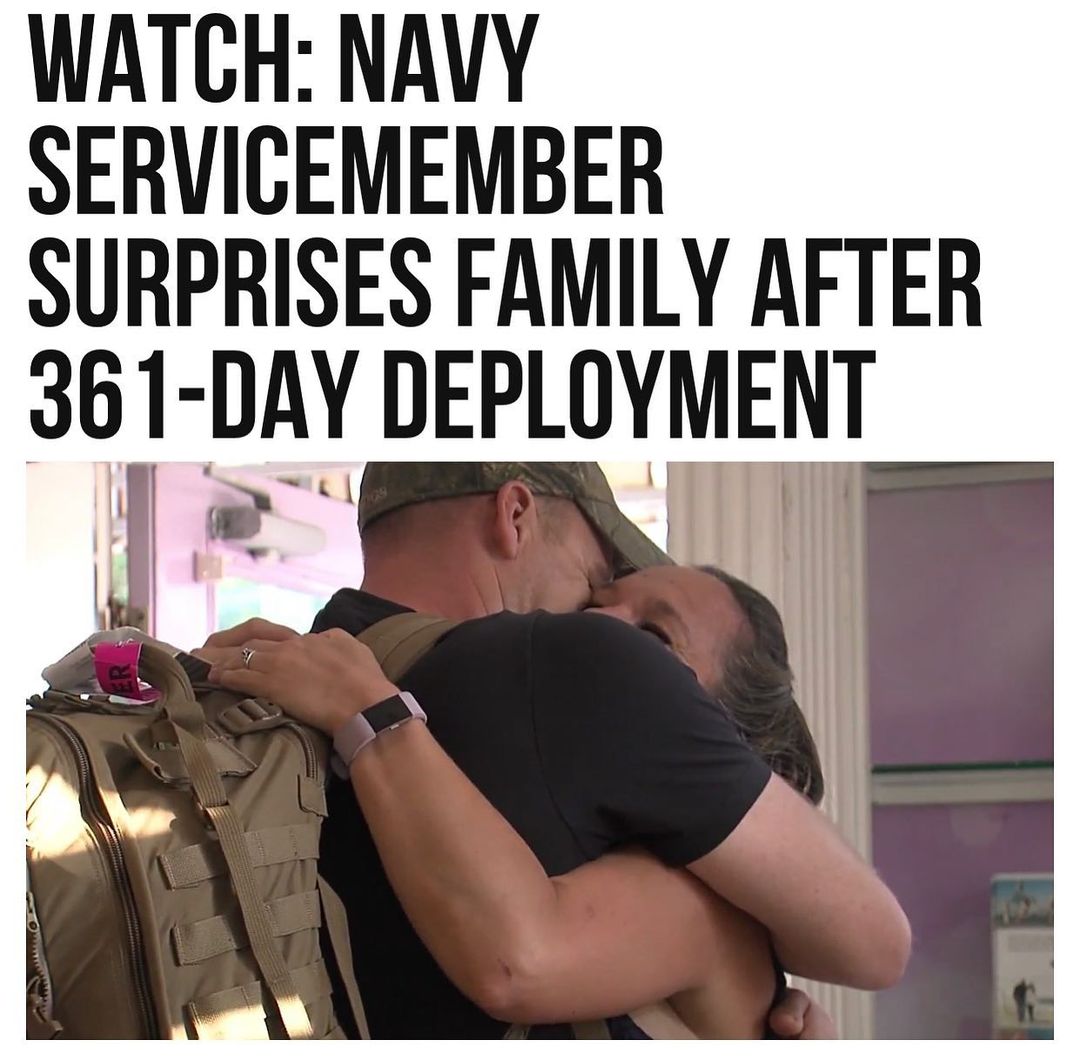 A father of four in #NorthCharleston, #SouthCarolina, recently gave his family a surprise they will never forget after being apart for nearly a year.

When United States #Navy servicemember Robert Millerbernd walked into Park Circle Creamery last week, his loved ones were beyond excited to see him, according to ABC News 4.

Millerbernd had just finished a 361-day deployment in Bahrain and was happy to finally be home.

The moment he stepped inside the ice cream shop, his daughters exclaimed, “Daddy!” and ran into his arms.

“I was not thinking it would happen this early, it was supposed to happen this Friday,” one of the girls told reporters.

However, the reunion was not the first time the Millerbernd family made it into the news.

In August of 2019, the sailor helped deliver his son while he drove his wife, Nikki, to the hospital, ABC News 4 reported.

“Got to the Exxon gas station on Bowman at that intersection…I transitioned to driving with my knees, reached over with my left hand and my right,” he recalled.

“He was like, ‘Yep, the head was there,’ then the shoulders and plopped, he came out,” Nikki said of baby Wyatt’s birth experience.

Not long after, the couple made it to the emergency room, where nurses took over.

At the time, Millerbernd was on a three-day leave from training and later deployed in October.

Following their reunion last week, the servicemember said it was good to be with his family again.

“It’s obviously been a long time. To see the faces… you see them through, you know, just talking on the phone, Facetime and stuff. But it’s a whole lot different when you actually get to see them and touch them. It’s just… you can’t really describe it,” he explained.

Millerbernd will most likely be deployed again, but for now, he plans to enjoy being with his family. #binspirednews

Why Asean-China relations will remain cordial, but not close