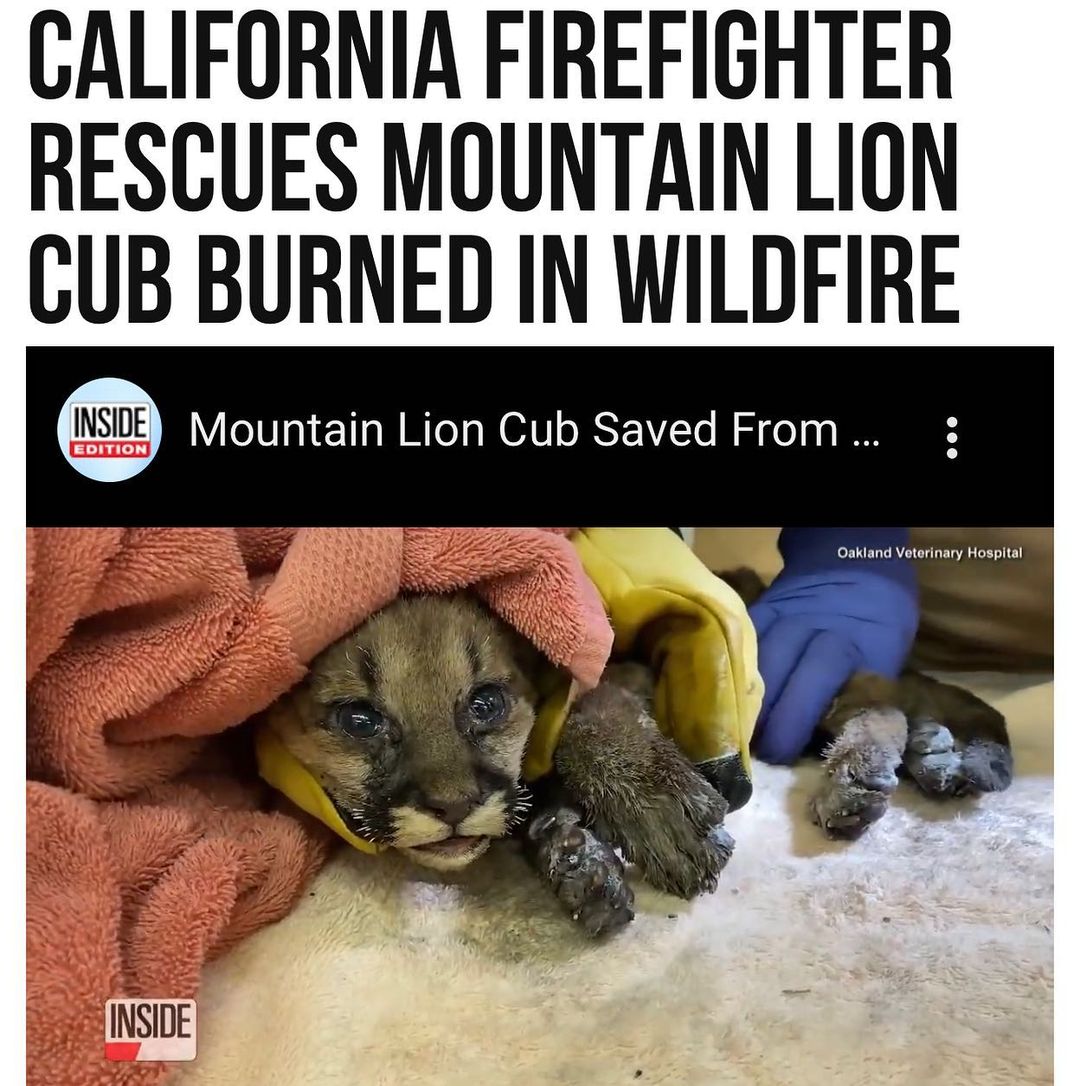 A #firefighter rescued a mountain lion cub Wednesday from an area where the #Zogg #Wildfire burned through in #Redding, #California.

The orphaned cub is about four to six weeks old and suffered severe burns, the #OaklandZoo said in a press release Thursday:

“Upon discovering and capturing the lone cub, Cal Fire contacted the Shasta County Sheriff’s Department, who in turn contacted the California Department of Fish and Wildlife (CDFW). CDFW veterinarians, who are tirelessly working to save the lives of so many wildlife victims trapped by the recent fires throughout California, then contacted Oakland Zoo veterinarians for help in treating the cub.”

The zoo shared a photo of the cub to its Facebook page on Friday and said veterinary staff named him Captain Cal, after Cal Fire’s mascot.

“Our vet staff is treating Captain Cal’s injured feet today. He’s been eating & looks much better than he did when he arrived. We’ll keep you posted on how he’s doing!” the zoo wrote.

Following his rescue, veterinary staff said his whiskers were completely singed off in the fire and his eyes were also severely irritated.

“Aside from severe burns to the soft tissue of the paws, there is no damage to bones or lungs,” the release continued.

Sunday morning, the zoo tweeted a video showing veterinarians removing dead skin from Captain Cal’s paws, then wrapping them up in bandages.

“It’s an amazing effort between Cal Fire, the Shasta County Sheriff’s Department, and of course our partners at the California Department of Fish & Wildlife,” Herman noted.

Because Captain Cal is an orphan and unable to learn how to survive on his own in the wild, he will be placed in a suitable home once he is ready to leave the zoo’s hospital. #binspirednews

Coronavirus: new measures in Denmark to guard against mutation linked to minks