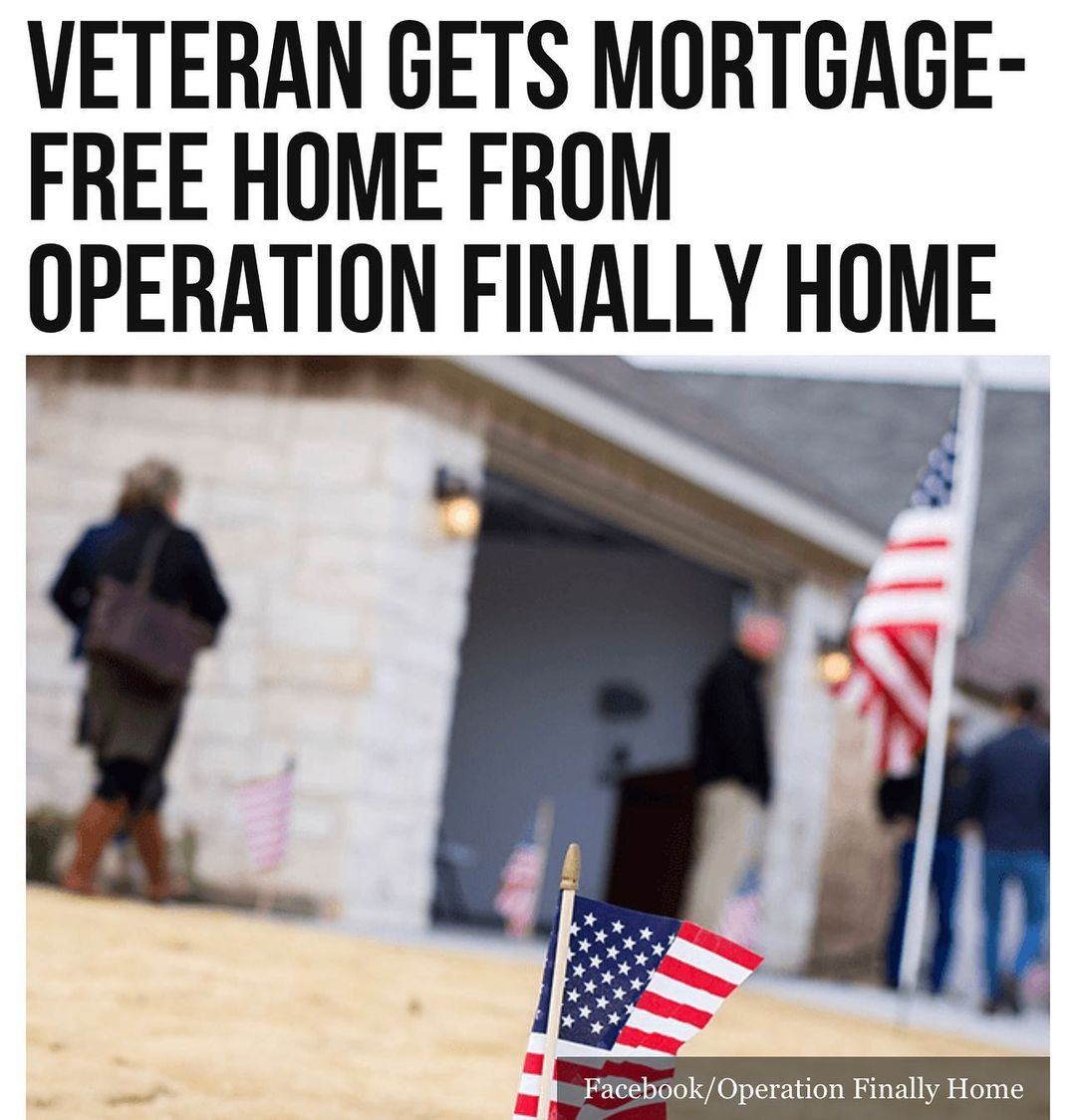 A #Florida #veteran received a mortgage-free home from the nonprofit organization #OperationFinallyHome to recognize his eight years of service.

U.S. #Marine Sergeant Bradley Thomas got his free home as a thank you for his service by Operation Finally Home in partnership with Lennar Homes, WTLV reported.

Thomas struggled to cope with his physical and mental injuries after being hit with a roadside bomb in 2011.

Now that he has a home, he has a somewhere he can call a safe place for himself and his family.

Thomas was inspired to join the Marines by his father in 2007.

“I always loved the action behind my dad,” Thomas said. “He was always a man of action … I saw what it did for him and I said I want to be a part of that.”

Thomas intended to make it his career, but his career was cut short four years in after being hit by a roadside bomb.

He said that moment changed his life, since he could not do what he used to do.

He struggled with his physical injuries, post-traumatic stress disorder (PTSD), a divorce, and financial issues after coming home from his service.

But in November 2020, Operation Finally Home told Thomas that he and his family would receive a custom-built home in Fernandina Beach, Florida, in early 2021.

Thomas called the gift life changing, adding that it would give him more time and money to give back to the community, other veterans, and his nonprofit that helps veterans.

When he finally got to see his home, Thomas and his family noticed an American flag signed by the people who built the home for him. #binspirednews

BioNTech Executive on New Vaccine Plant: “It Will Take a Few Months before We Reach Full Capacity”

Care for Yourself | CDC