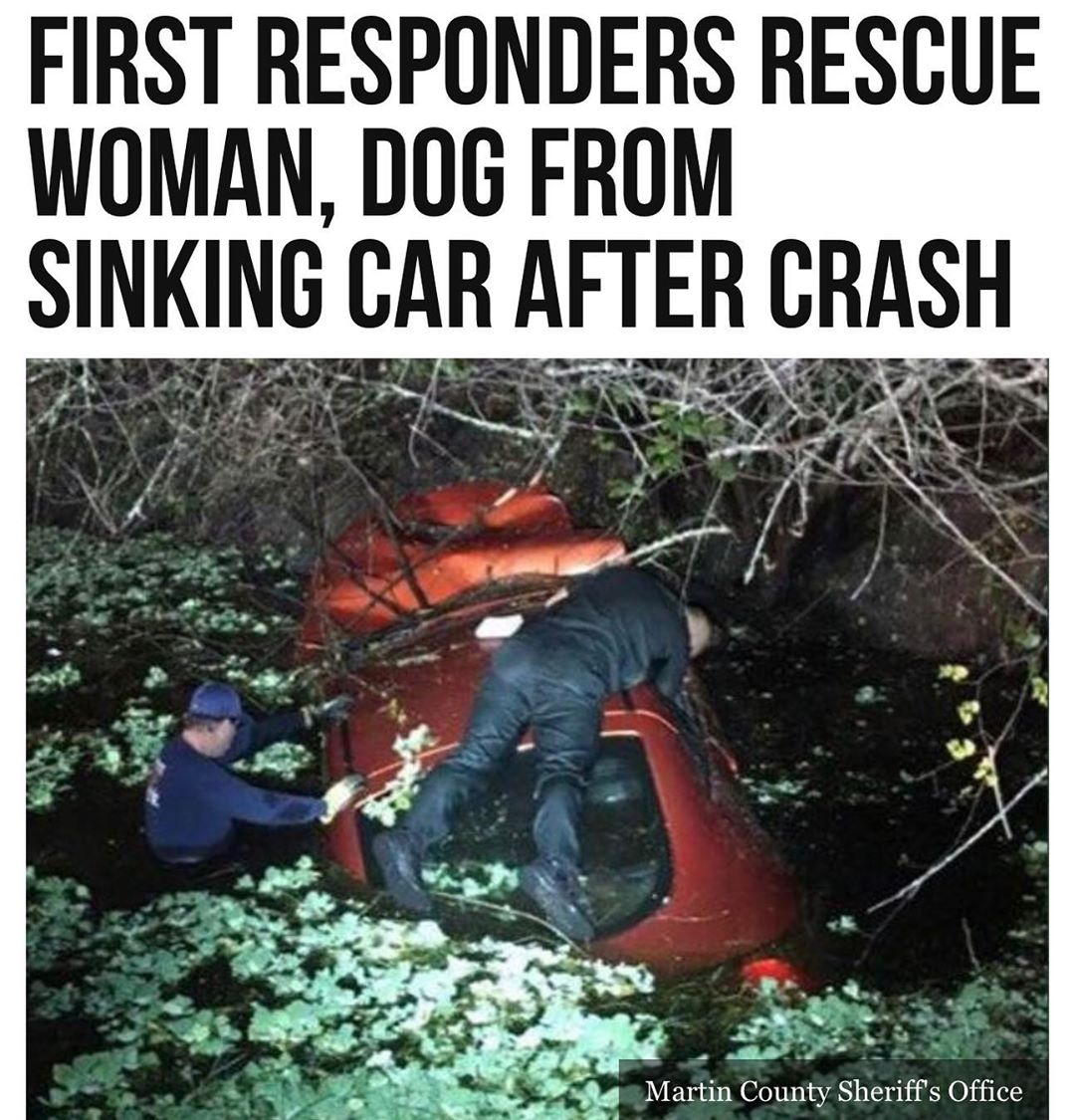 A Florida woman and her dog are counting their blessings after first responders rescued them from a car that was sinking underwater after a crash.

Audrey Tucker, 22, of Indiantown, said she was driving out in rural Indiantown on Southwest Farm Road on Tuesday evening when a hog darted out in front of her, WPBF reported.

Tucker veered off to the side to avoid hitting the animal and ended up in a canal. “It’s a little bit emotional,” Tucker said. “It was scary; it was definitely scary.” Soon, her red Mitsubishi Eclipse was underwater within minutes. “All I remember is crashing,” Tucker said. “I had got knocked unconscious from the airbag, and I, all I was worried about was him [Hendrix].” Tucker said she dialed 911 as soon as she regained consciousness and attempted to get out of the vehicle with her dog, but got stuck.

Rescue crews with the Martin County Sheriff’s Office said she crashed into a “dark murky” body of water. One sergeant with the sheriff’s office broke the car window to save her from the sinking vehicle, ABC News reported.

Police say they were also able to rescue her dog, who was not injured.

Tucker was taken to a nearby hospital to be treated for minor cuts and bruises and a minor concussion. She said she was thankful to the sheriff’s office deputies who jumped in to save her and her dog. #binspirednews

Germany: Angela Merkel’s Chief of Staff on the Need for Increased Coronavirus Restrictions