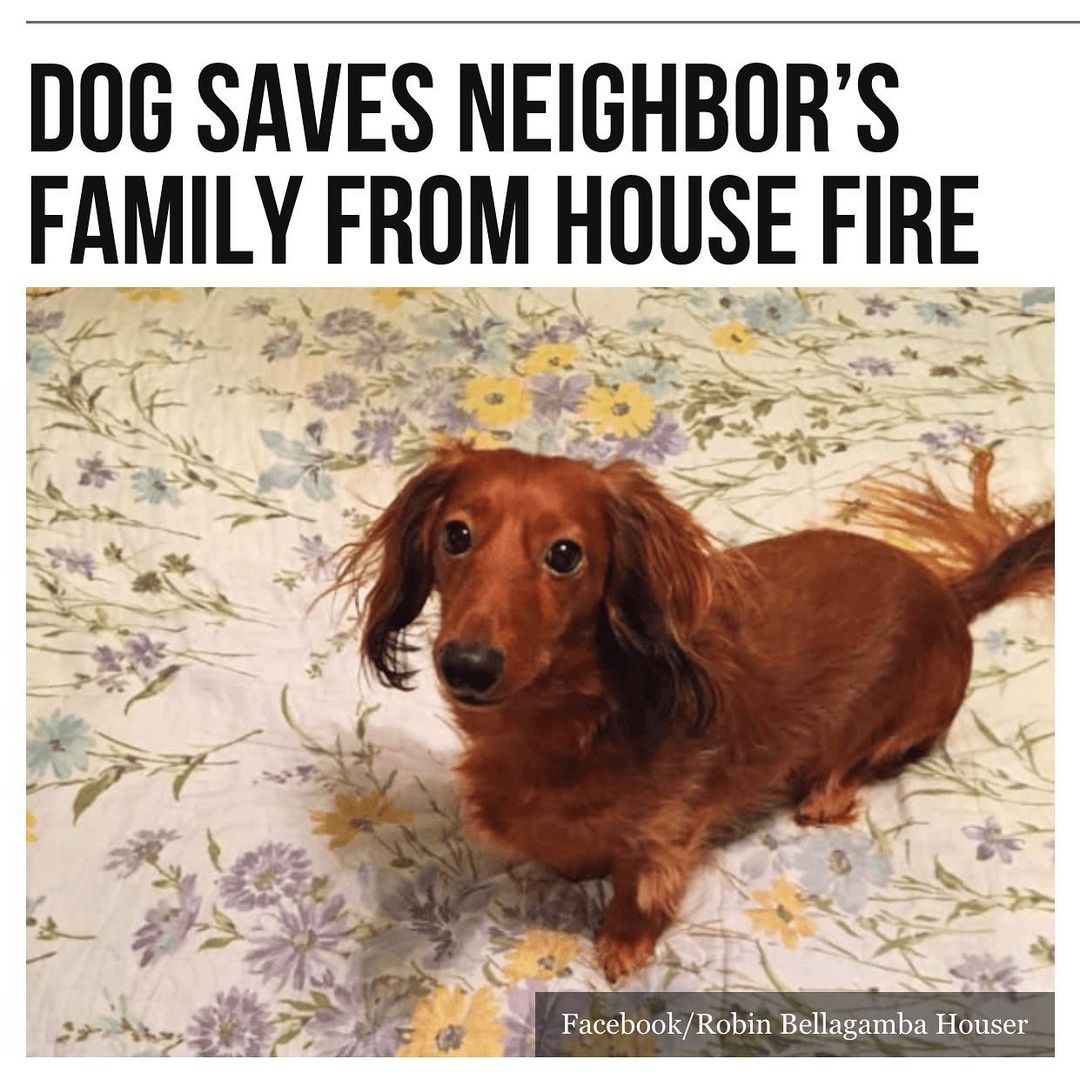 A four-year-old #dachshund is being hailed as a #hero after he saved his neighbor’s family from a house fire by alerting them to the danger early Sunday morning.

“He was jumping on my husband’s head. He wouldn’t give it up,” said Houser.

But Jasper’s incessant barking paid off after Houser’s husband went outside to see if there was anything that spooked the pooch.

“That’s when he noticed the neighbor’s porch was on fire,” Houser said.

The Zanbeli family next door was sleeping in their beds when the fire broke out on their back porch, and are grateful for the dog and the neighbors for saving the day.

“He was amazing. His dog started to bark a lot and wake up, and they called 911 and saved our lives,” said Izabella Zanbeli.

Zanbeli said she and her two children waited anxiously in their front yard as firefighters knocked out the fire. Fortunately, the damage was contained to a small corner of the back porch.

Houser said Jasper did not calm down until the firefighters arrived.