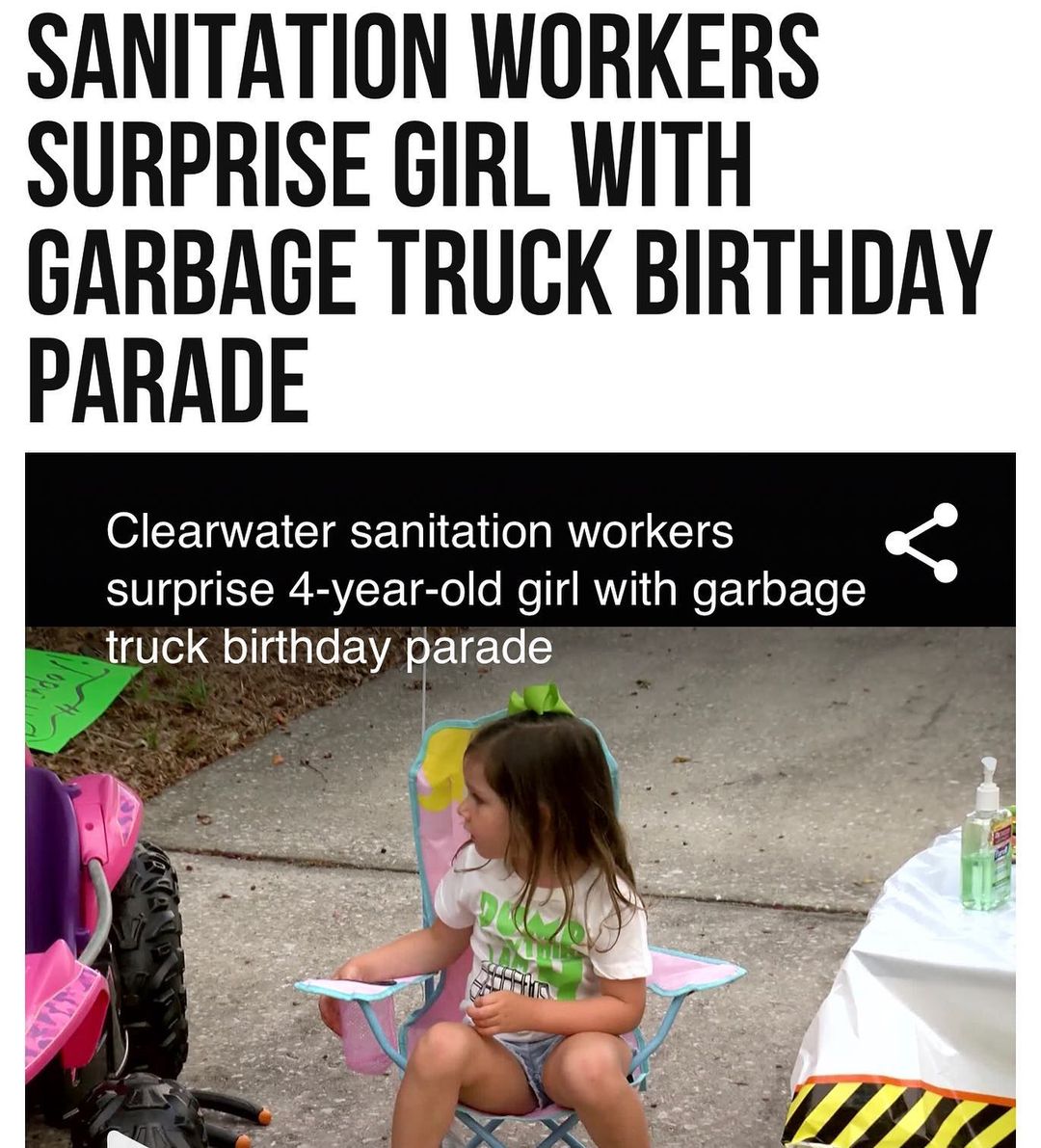 A four-year-old girl got to experience her own trash bash for her #birthday, thanks to the kindness of a few sanitation workers.

On Tuesday morning, Addie Fazio’s fourth birthday, a parade of garbage and sanitation workers drove down the little girl’s street. The workers even surprised her with a birthday gift, WFLA reported.

“I got a garbage truck toy,” said Addie.

Every week for the past two years, Addie has sat on a chair in her driveway to wait for the WastePro sanitation workers to collect the garbage on her street in #Clearwater, #Florida.

“Rain or shine, we’re here,” said Ashley Fazio, Addie’s mother. “They always waved to her. They sing her Frozen songs. They honk their horn. They’re always so sweet.”

As Addie’s fourth birthday drew closer, her family decided to turn Addie’s love of trash into a treasured birthday surprise.

“My daughter called about three weeks ago to the garbage company and told them the story and asked if they would come by on her birthday. And he said, ‘Of course,’” said John Hines, Addie’s grandfather.

Addie’s trash bash was attended by neighbors and friends who held signs. She also gave out some sweet treats to the clean-up brigade.

“My daughter did a great job. My granddaughter just loves garbage trucks; she loves the guys that come by,” said Hines. #binspirednews

People Who Are at Increased Risk for Severe Illness

When You’ve Been Fully Vaccinated