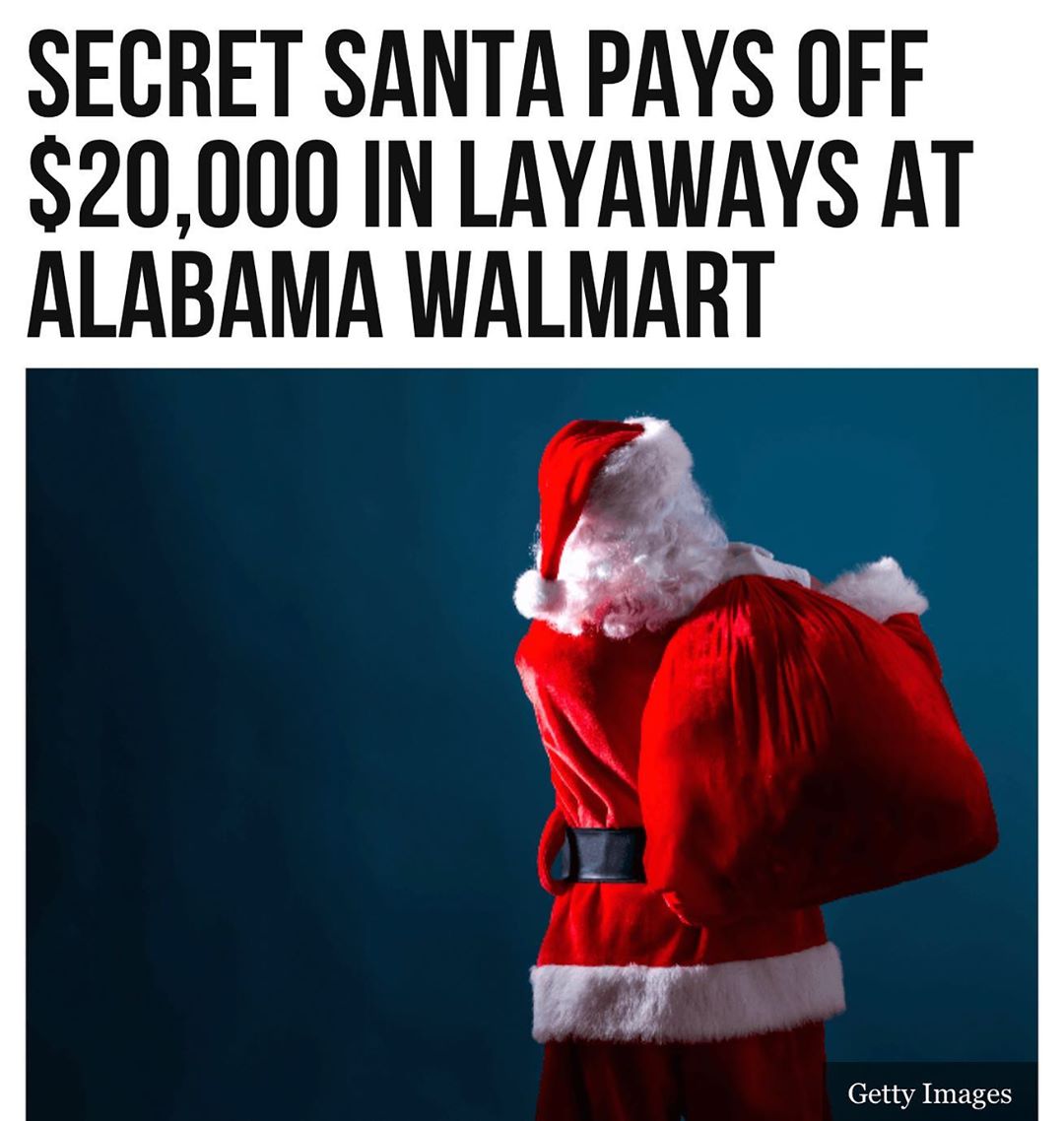 A generous Secret Santa paid off $20,000 in layaway accounts at an Auburn, Alabama, Walmart on Monday morning, focusing on accounts with children’s toys.

WRBL reported that the Secret Santa also paid for $8,600 in gift cards to be distributed to families.

Amberly Smith said she so “thankful” for the surprise gift, telling WRBL that the Santa surprise helped her purchase $203 worth of layaway items for her two children. “I am so thankful. We do all we can for our babies and this is just such a blessing. I am so thankful to the Secret Santa,” said Smith.

Walmart associates are calling families with layaway accounts to share the good news. “When customers quietly pay off others’ layaway items, we’re reminded how good people can be. We’re honored to be a small part of these random acts of kindness,” said a Walmart spokesperson.

The Secret Santa is thought to live in Eastern Alabama but prefers to be anonymous as the person spreads holiday cheer to children in the area.

Layaway is a payment plan that gives customers the flexibility to purchase items and pay for them over several months. The installment plan, which is often monthly, is the only way families can afford gifts for children over Christmas.

But every now and then, a Secret Santa comes along and buys out these layaway accounts, often around the holiday season and almost always anonymous, to ensure families are out of debt.

Last Christmas, a Secret Santa paid off every layaway account at a New York area Walmart, and in 2017, one Good Samaritan in New Jersey paid off more than $10,000 of holiday layaway items at a Toys “R” Us in Cherry Hill.

The trend has continued over the past few years, in different states and with varying dollar amounts.

That same year, a Secret Santa paid off $200,000 worth of layaway items at two Florida locations. #binspirednews 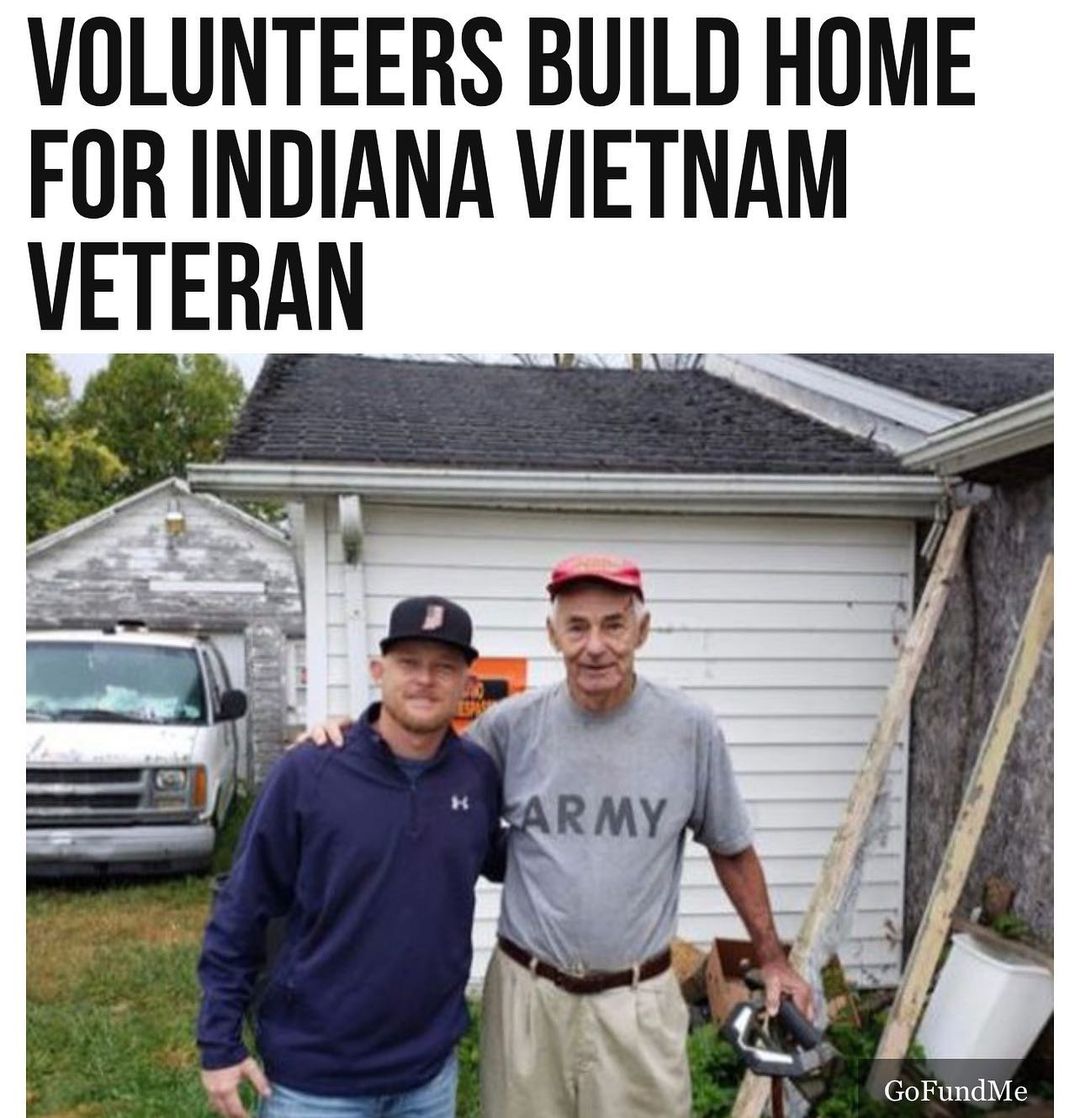 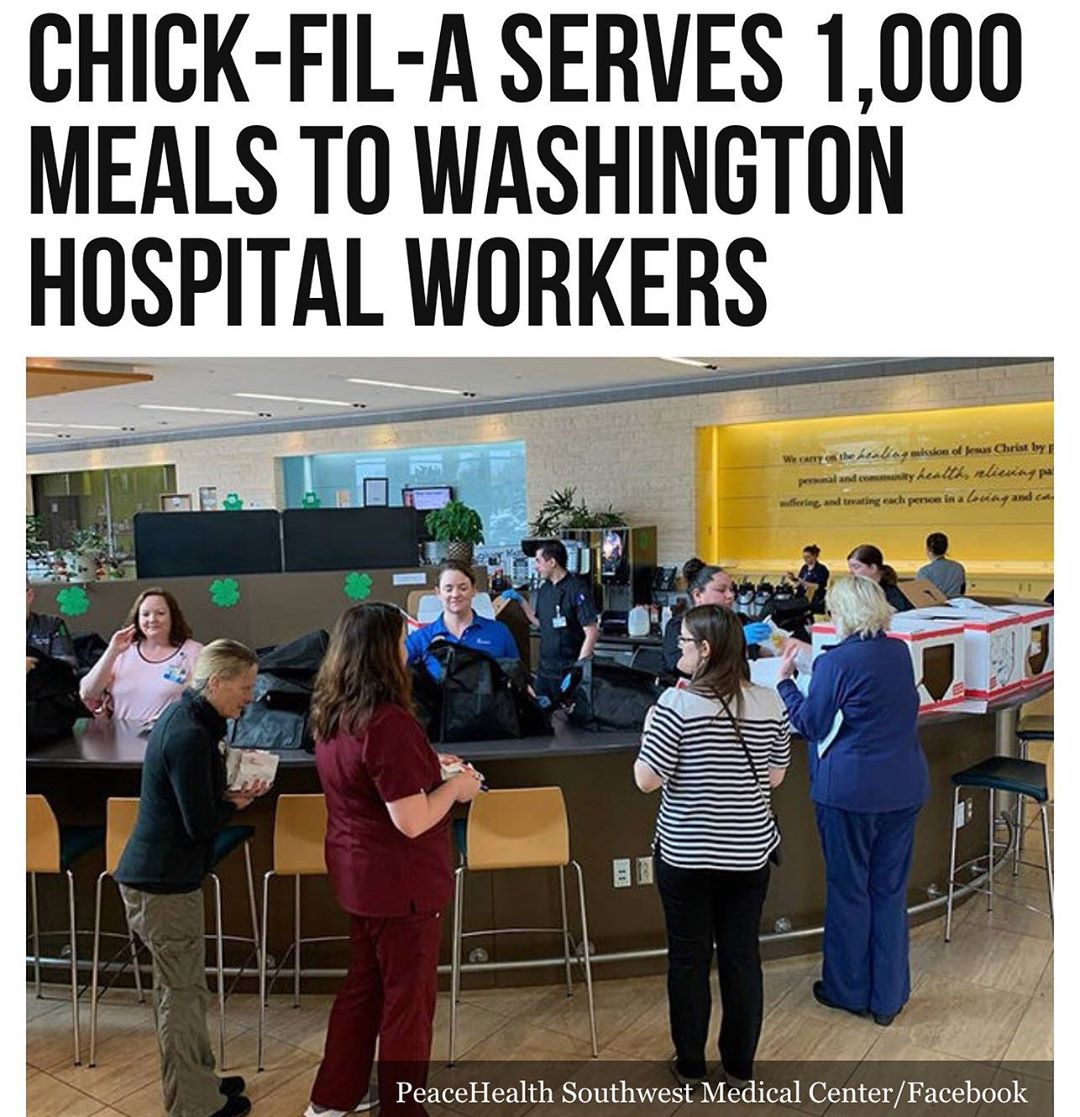 A #WashingtonState #ChickFilA stood in the gap on Saturday by delivering 1,000 m…