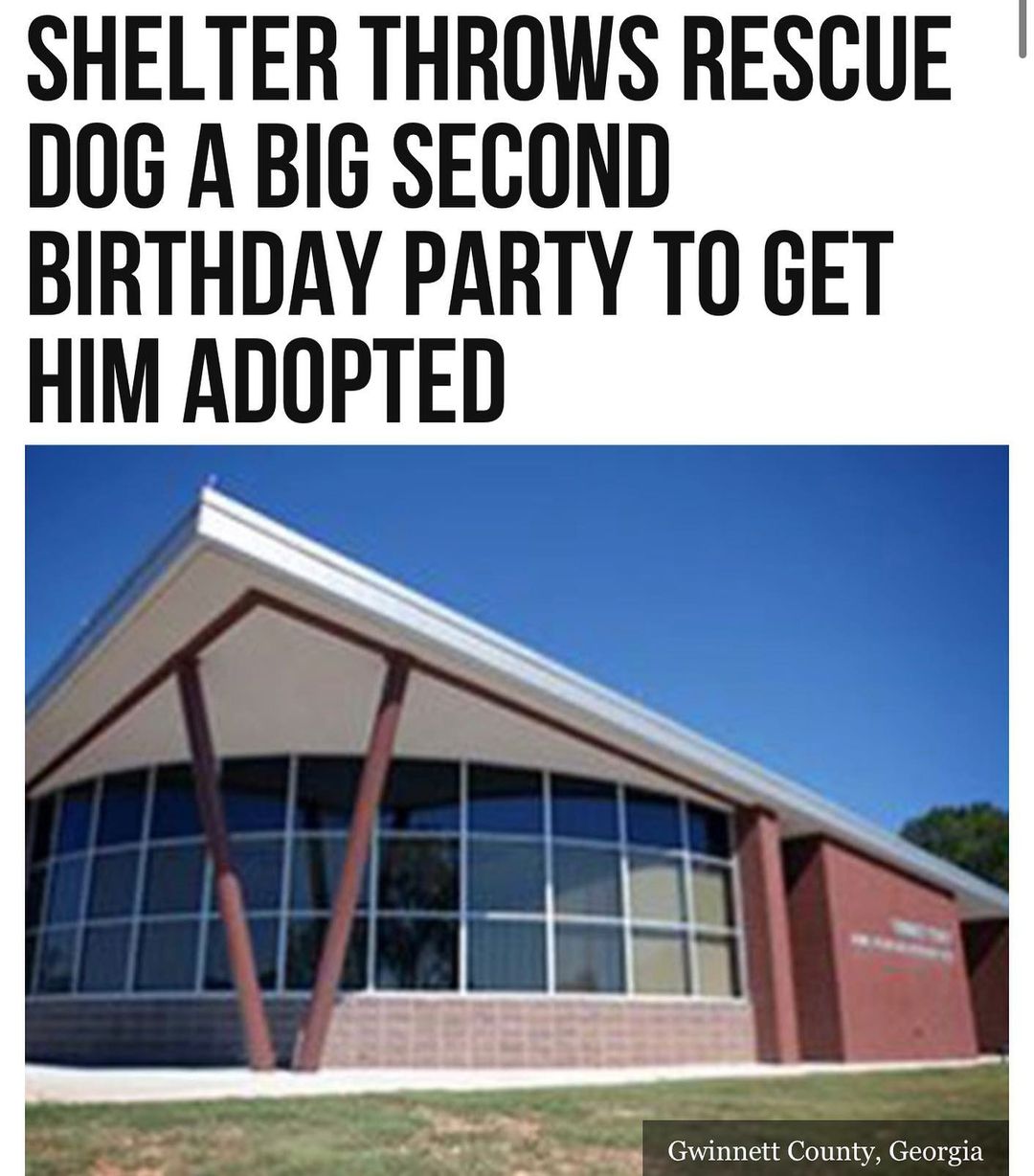 A #Georgia animal shelter threw a special #birthday party on Tuesday for one of its residents, who recently turned two years old after living at the shelter for about a year.

The #dog, named Brownie, got to relax in a pool of water, chase tennis balls, and enjoy a special cake and homemade treats baked by the shelter’s staff, People reported.

By the end of the party, Brownie got his own photo shoot along with some of his friends at the facility to make for some very adorable photos.

Katie Corbett, who works at the #GwinnettCounty #AnimalShelter, told WMAZ that Brownie had developed some behavioral issues after remaining at the shelter for so long.

“When Brownie came to us one year ago, he was a behaviorally sound pup that was just a little scared to be in the shelter environment. He began to develop some concern with meeting new people on a leash. He has now become apprehensive of anyone approaching him that is not the person on the other end of his leash,” she told the outlet.

While this behavior has led to the dog being overlooked by potential adopters, Corbett wants people to know Brownie is a loving dog.

“Brownie is a goofy, smart, and very loving boy,” she said. “He is the happiest with a tennis ball in his mouth and out in the yard laying in a pool filled with water.”

Corbett hopes someone will give Brownie his forever home.

“Once he gets the attention he needs, we know he is going to make an excellent pet for someone soon,” Corbett said.

Anyone interested in adopting should reach out to the Gwinnett County Animal Shelter at 678-245-2447 or email them at AnimalRescue@gwinnettcounty.com.

Australia bounces out of recession as economy grows 3.3%