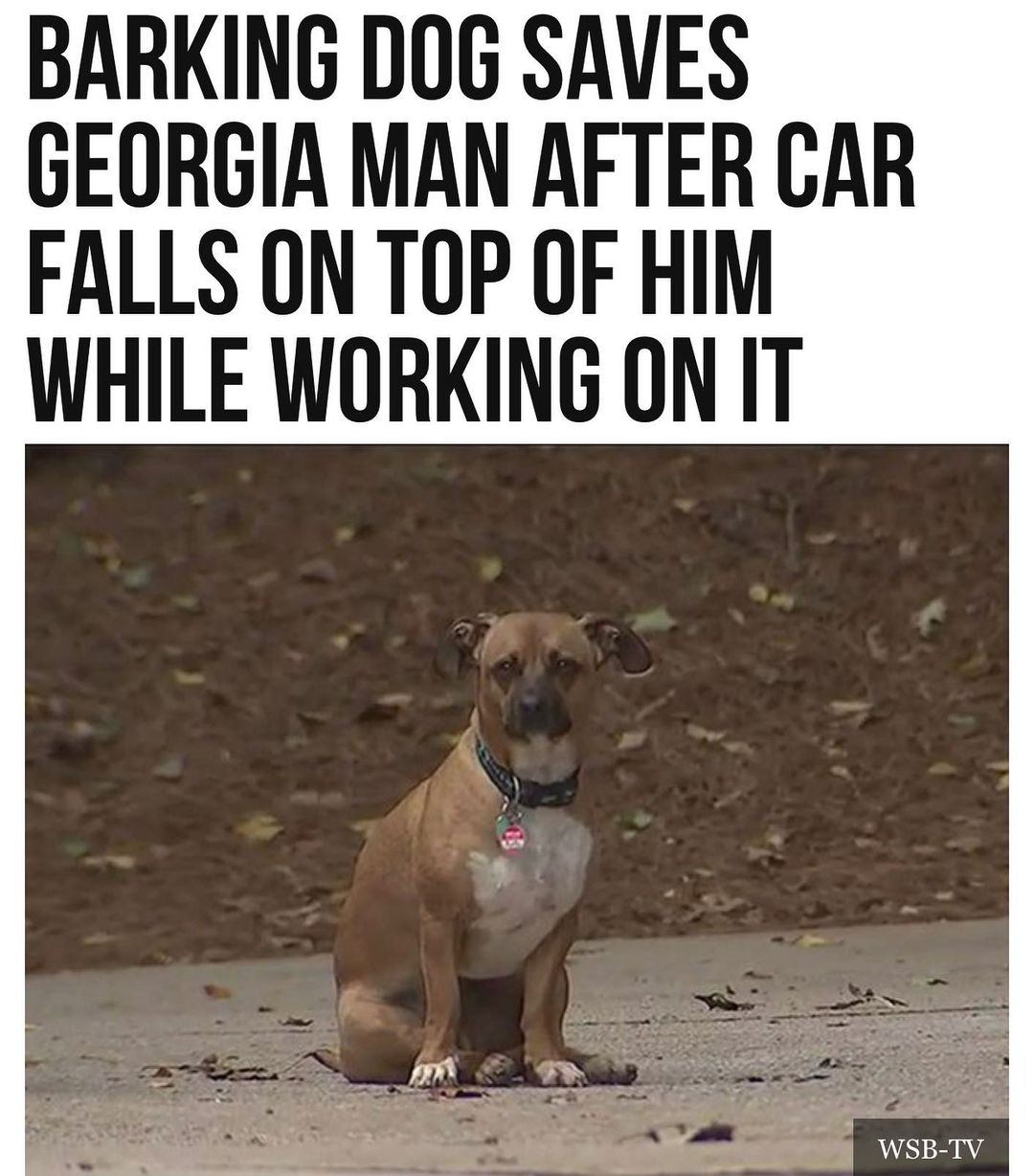 A #Georgia man says he owes his life to the persistent barking of his neighbor’s #dog.

Tony Dagnino, of #JohnsCreek, was repairing his car when it fell on top of him, WSB reported.

“(It was) like someone jumped on me. But it was a big guy,” Dagnino said. “I couldn’t catch a full breath. I was on my side. Had I been laying on my back, I think I wouldn’t be here right now.”

Dagnino was unable to call for help and figured he was unable to last for much longer, but thanks to Rudy, he got everyone’s attention.

“I think he knew something was wrong, because he was standing right down the driveway,” Truong said.

Dagnino’s wife and children and a few neighbors lifted the vehicle off of him just enough so he could get out safely. He suffered from a broken collarbone and a broken rib, but the doctor told him that had Rudy not been there to save him, he may well have lost his life.

“I’m just so thankful and grateful that Rudy had that instinct and was out there,” Truong said. “He knew something was wrong.” #binspirednews