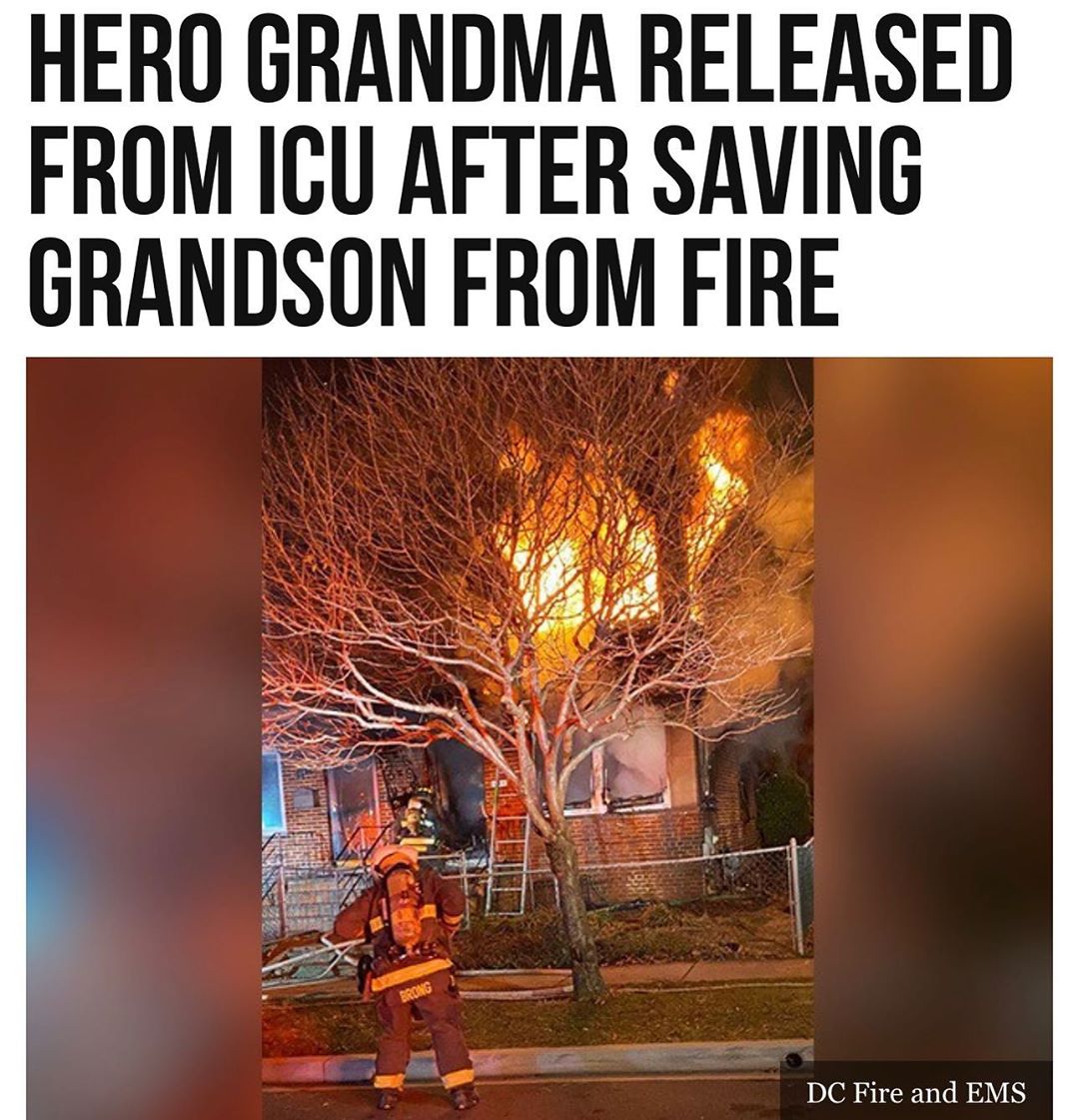 A grandmother is out of the intensive care unit (ICU) after she saved her toddler grandson from a raging house fire January 5 in northeast D.C. “I am blessed, I am truly blessed,” Edwina Caviness-Bey told reporters after being released from the ICU recently, according to WUSA. “There were a whole lot of heroes that day. You know, God put everybody in the right place that was supposed to be there,” she said of the harrowing incident that occurred two weeks ago.

Her son and two grandchildren were asleep inside her home in the 400 block of Madison Street Northeast when a fire began burning through the house that morning around 4 a.m.

The smoke alarm woke the grandmother, who then ran through the home to make sure her family had escaped.

However, when Caviness-Bey realized her two-year-old grandson was still upstairs in bed, she took it upon herself to save him. “Before the flames got that bad, I was upstairs, but I couldn’t come back downstairs,” she recalled. “The smoke was too heavy, and it got too dark for me and Quinten to go through and I was scared at that point.” The courageous grandmother then threw the child out the window into the arms of her son. Moments later, she jumped from the window herself. “She always puts family first so it really didn’t surprise me when I heard what she had done,” said Caviness-Bey’s husband, James.

Following the daring rescue, she was taken to a hospital suffering from second-degree burns. However, officials said no one else was seriously injured.

Wednesday, WUSA reporter Lorenzo Hall tweeted a photo of the hero grandmother and her grandchild.

Authorities said they believe an overheated surge protector was what initially caused the blaze.

Now, Caviness-Bey said she is thankful for everyone who came to their rescue and for those who have offered their support in the days after the devastating fire. “Time is a precious gift,” she commented, adding, “That means you’re giving part of something you can’t get back.” #binspirednews