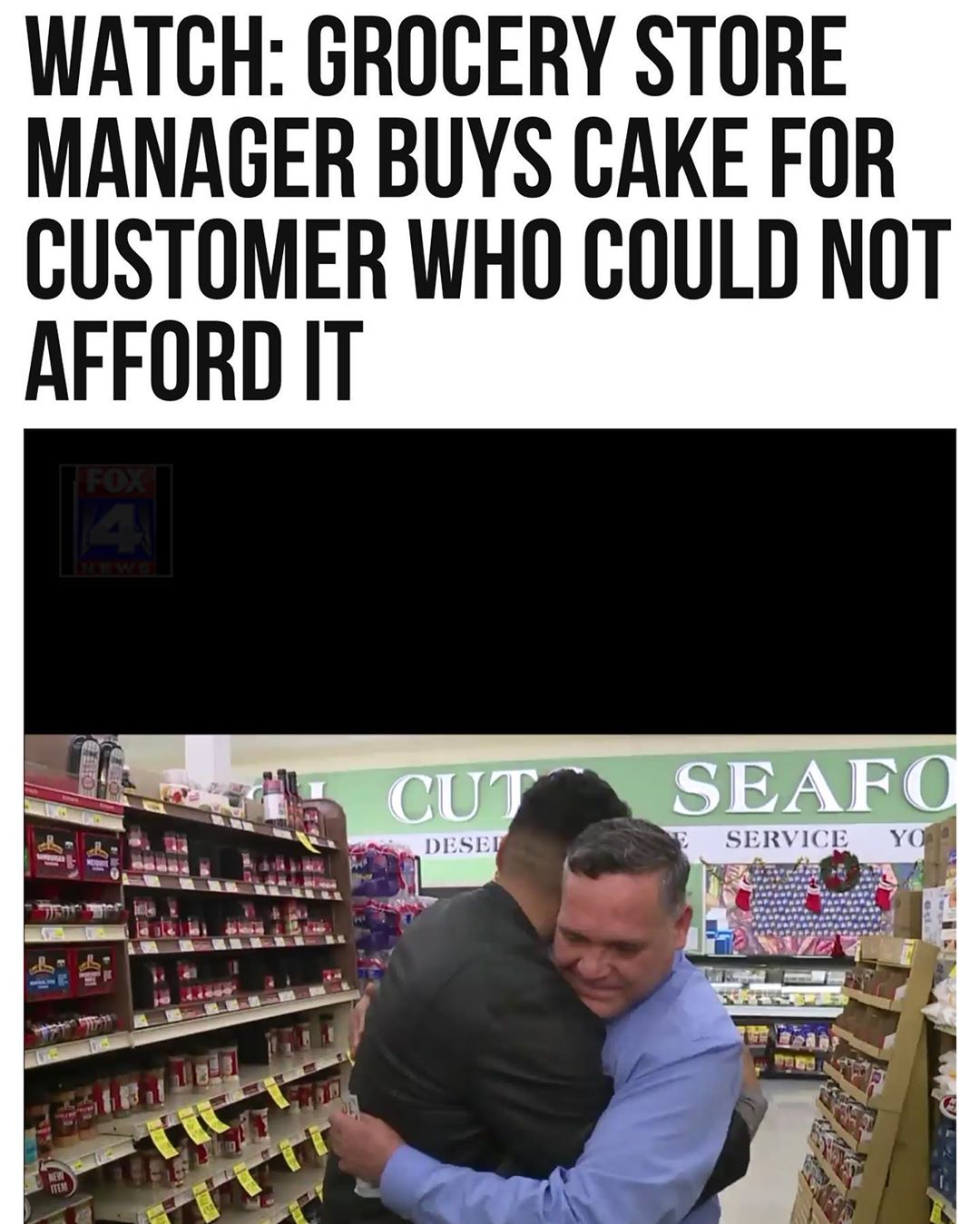 A grocery store manager in Kansas City, Missouri, was honored recently for his quiet act of kindness for a stranger.

Alfonso Perez, who is a regular customer at the @PriceChopper store, said he was in the checkout line when a woman ahead of him asked the cashier to remove a birthday cake from her bill because she did not have enough money to pay for it, according to Fox 8.

However, when the cashier called the manager, Francisco Villegas, to her register and asked him to remove the item, he did something no one expected. “He’s like ‘No, it’s a birthday cake – everyone deserves a cake,’ and he pulls out his own card and pays for it,” Perez stated.

The young man was so moved by Villegas’ gesture that he nominated him for local news station WDAF’s Pay-It-Forward Award which comes with $400 cash. “I knew that it affected me, I knew it could hopefully affect somebody else,” Perez said. He also noted that the woman who received the gift was “in disbelief, kind of, almost in tears.” Even though Villegas started his job only a few months ago, he has since greeted every customer that walked in the doors. “He seems like he has a good heart, especially since he did this for that young lady,” Perez noted.

The locally-owned grocery store has a record of giving back to its neighbors and said people can find its employees “making a positive impact throughout [the] community. Because Kansas City is our home, too.” When Perez surprised Villegas with the cash in honor of his act of kindness, the manager was clearly emotional. “Francisco, that one day when I saw you pay for that woman’s cake, it touched me, and I know it touched all of Kansas City. We want to show you that we’re thankful for you and for what you did, and hopefully this will help you to keep doing what you do,” Perez said as he presented the gift. “I don’t have no, no words,” Villegas said, adding “I’m going to use this to give something to people they need, that’s what I’m going to do.” #binspirednews

Breastfeeding and Caring for Newborns if You Have COVID-19