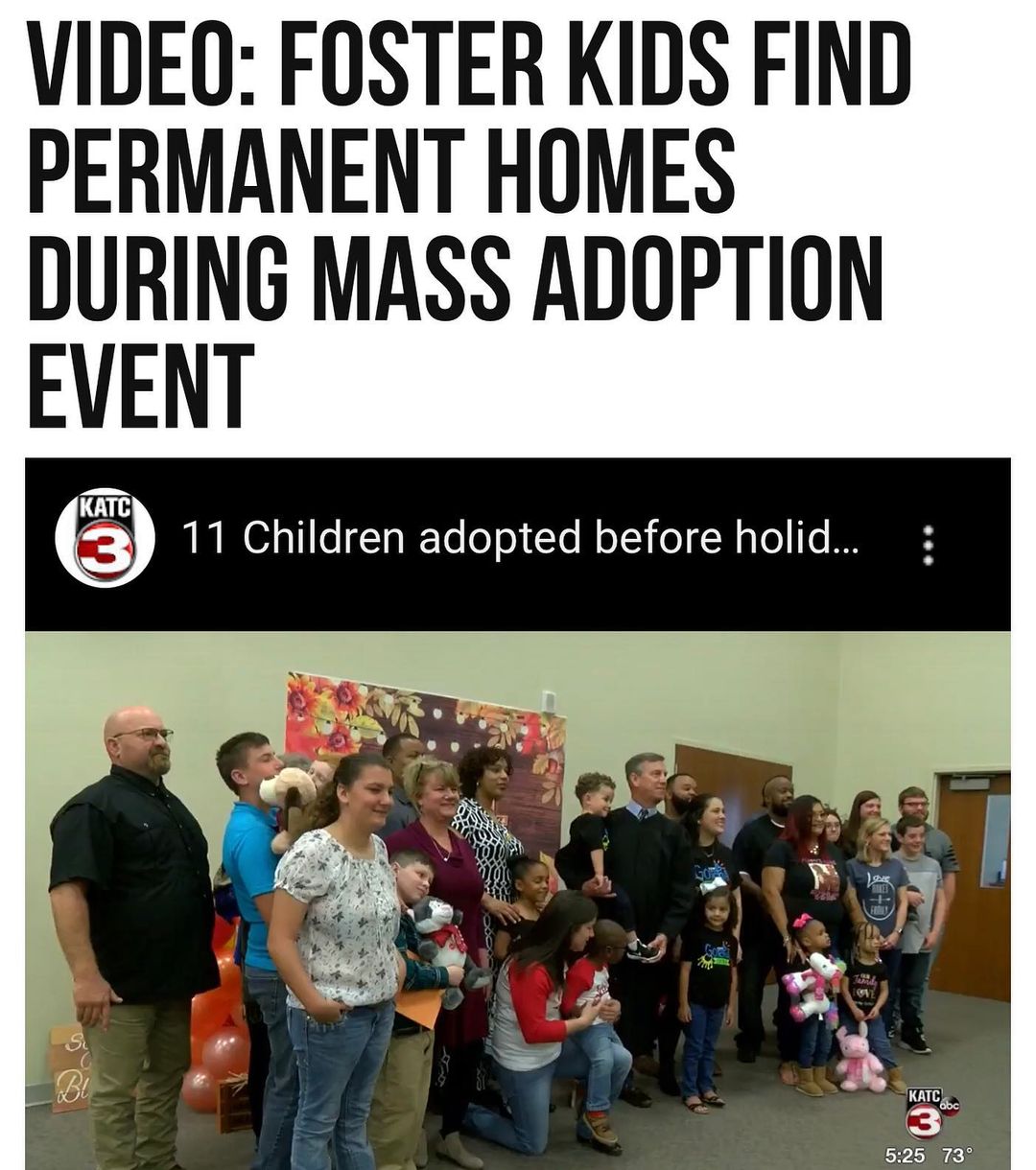 A group of 11 foster children found their forever families Thursday during a big adoption event in Lafayette, Louisiana.

Daniel Green, who is already a dad to eight biological kids, said after he attended a prayer vigil not long ago, he knew adoption was something his family needed to do. “To seek out and give children a secure home, because we believe all children need a secure home,” he told KATC 3.
As of Thursday morning, the Green family has grown by two.

Nine-year-old Kaiden and his 4-year-old brother, Elijah, may now officially call Daniel and his wife their parents after being in the foster care system for over two years. “I actually have a good family that I’m safe with, because now I feel protected with the family,” said Kaiden, who first met the Green family the day after Christmas last year.

This month, the Louisiana Department of Children and Family Services (DCFS) celebratedfinding homes for 893 children in 2019, according to WGNO.

The article continued: “The number of adoptions finalized between Oct. 1, 2018 and Sept. 30, 2019, is the state’s second-highest number of adoptions from foster care in a single year, falling just behind the record set last year with 912 adoptions. The third-highest number of adoptions was in FFY 2017, when 771 children found permanency through adoption.” “It warms our hearts to know that almost 900 children will be spending Thanksgiving with permanent families,” said DCFS Secretary Marketa Garner Walters. “The fact that even more of them were teens and siblings gives us even more to celebrate. We’re grateful we were able to help build new lives for so many children and young people in Louisiana.” The DCFS website stated that its mission is “working to keep children safe, helping individuals and families become self-sufficient, and providing safe refuge during disasters.” Thanks to the Green family, Kaiden and Elijah now have a permanent place to call home. “I know everybody loves me, and if I know that, I know I’m protected,” Kaiden said. #binspirednews

Over 80 percent of submitted Newsom recall signatures have been verified

How To Talk To Your Close Contacts