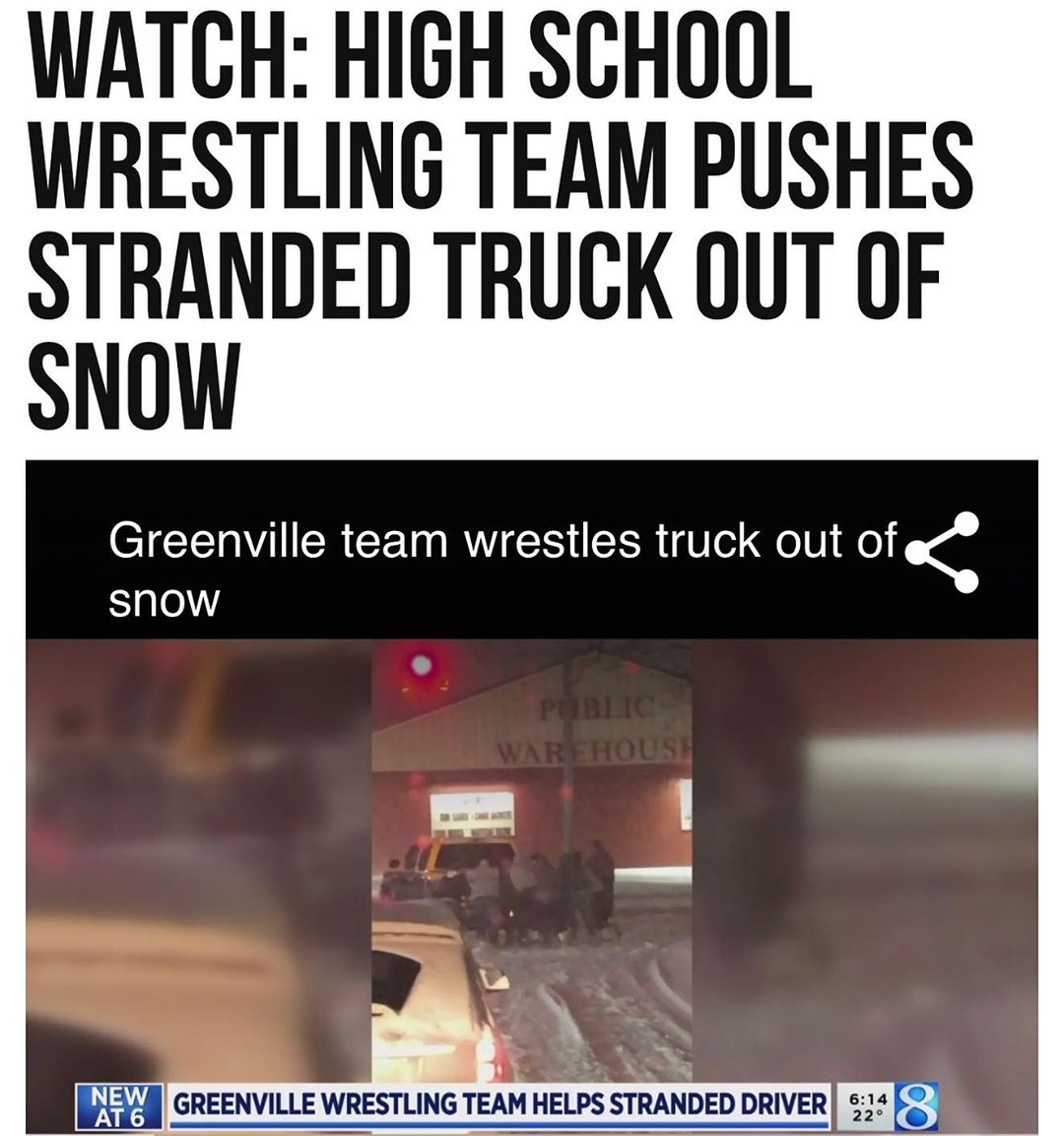 A group of high school #wrestlers put their muscles to work Saturday to help a driver stuck in the #snow near #Flint, #Michigan.

As members of the #GreenvilleHighSchool wrestling team were on their way to a tournament around 5:30 a.m., they came across a pickup truck stranded in the middle of the road, according to Wood TV.

Moments later, the teenagers decided to help the driver get moving again.

Cellphone footage captured by wrestling team manager, Molly Van Horn, showed the young men standing in the slushy snow as they worked to push the truck back onto the street. “Mush, boys,” a person exclaimed behind the camera. “Oh, they got it,” another said as the pickup got traction and drove away.

Following the incident, senior Peyton Van Horn said it was an “honor” to lend a hand. “For me, personally, it’s just like putting myself in their shoes. If I woke up that morning, I’m cold, probably tired or maybe I’m trying to go home and go to sleep, I’d want to be helped out, too, especially if I was going to be stranded like that.” Senior Jared Pimental echoed Van Horn’s comments and stated that if he were in that situation, he would want someone to do the same for him. “It’s easy to be the person that walks by something like that, but it takes a bigger and better person to stand up in that situation and say, ‘Hey, this person needs help.’” The boy’s coach, Brett Peterman, told reporters that the sport helped shape the teens into good young men, adding that what they learned on the mat could be applied in everyday life. “Just give a hand, give a hand, it’ll come back to you,” he commented.

Now, Van Horn hopes his community will see what his team did and do the same for their own neighbors. “Care for others. I mean, if somebody’s having a bad day, why not take a couple seconds and go help them ’cause you never know if you’re going to be in their situation,” he concluded. #binspirednews

Video surfaces of beating, robbery of Asian man in San Francisco amid uptick in attacks