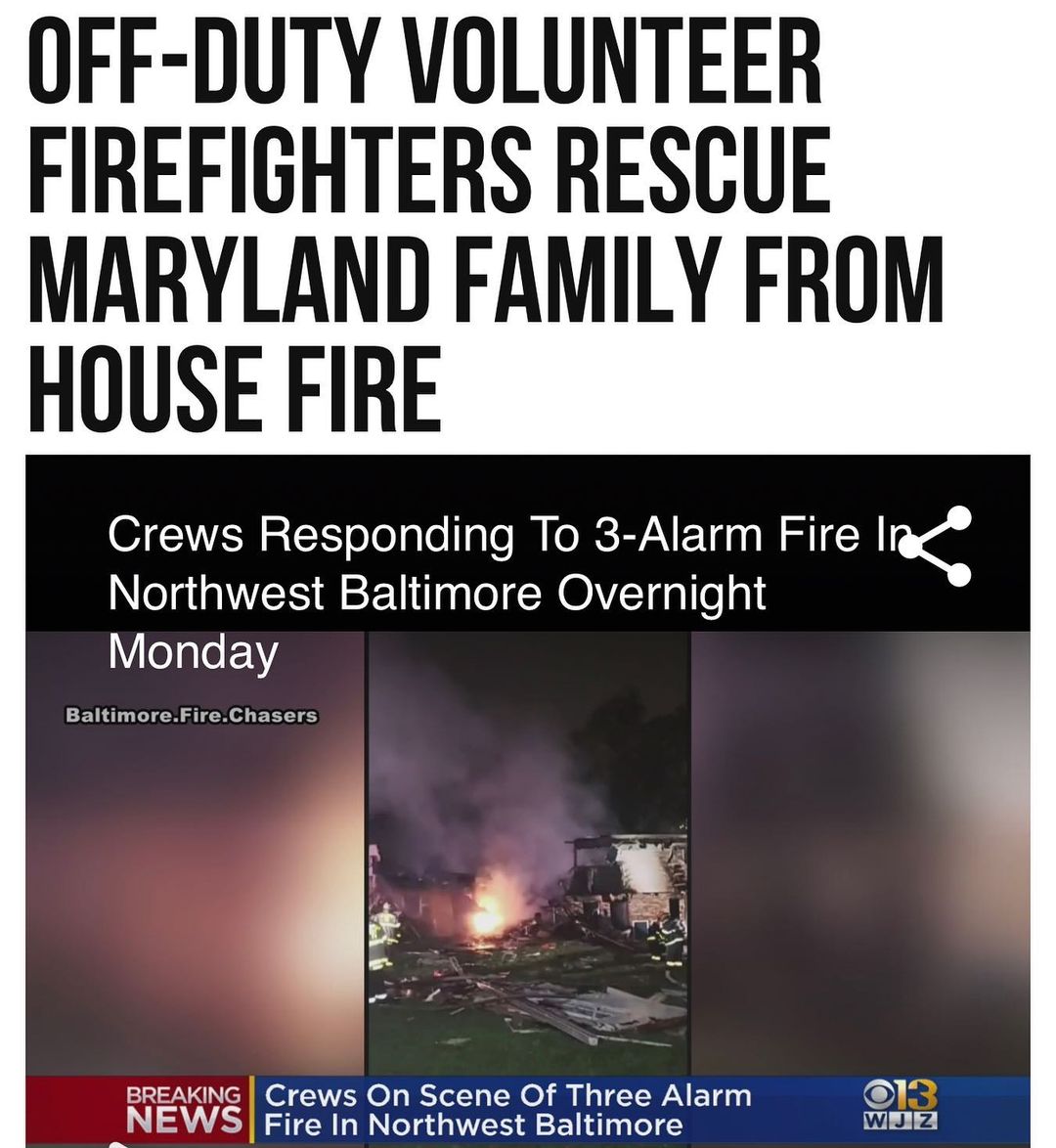 A group of off-duty volunteer #firefighters rescued a #Maryland family from a house fire last Sunday.

The family placed what they thought were extinguished ashes from a fire pit into the trash, and nearly an hour later, their home was engulfed in flames, WBAL reported.

“Our son-in-law actually noticed a bright glow from the side of the kitchen window and went to look and saw pretty enormous flames, and he told us he had a pretty significant fire, and we just ran,” Howard Mazer told WJZ.

The off-duty volunteer firefighters just so happen to be their neighbors, Glenn Resnick and his wife, Kathleen, who work for the Pikesville Volunteer Fire Company.

“We saw them come down here and drive his truck into the neighbor’s driveway and slam on the brakes, and he just had a look in his eyes like nothing was going to stop him from going into the house,” Mazer said of Glenn and Kathleen, who came to put out the fire at his home.

According to the fire company, the house sustained severe damage, but everyone made it out safely without injuries, and the house was not totally destroyed. And things could have been a lot worse if it was not for the quick response of the Resnicks.

“I am grateful to live in a wonderful neighborhood and thankful to have neighbors like Glenn and Kathleen, who will rush to help anyone in need,” Mazer said. “Their dedication is an inspiration to all of us.” #binspirednews