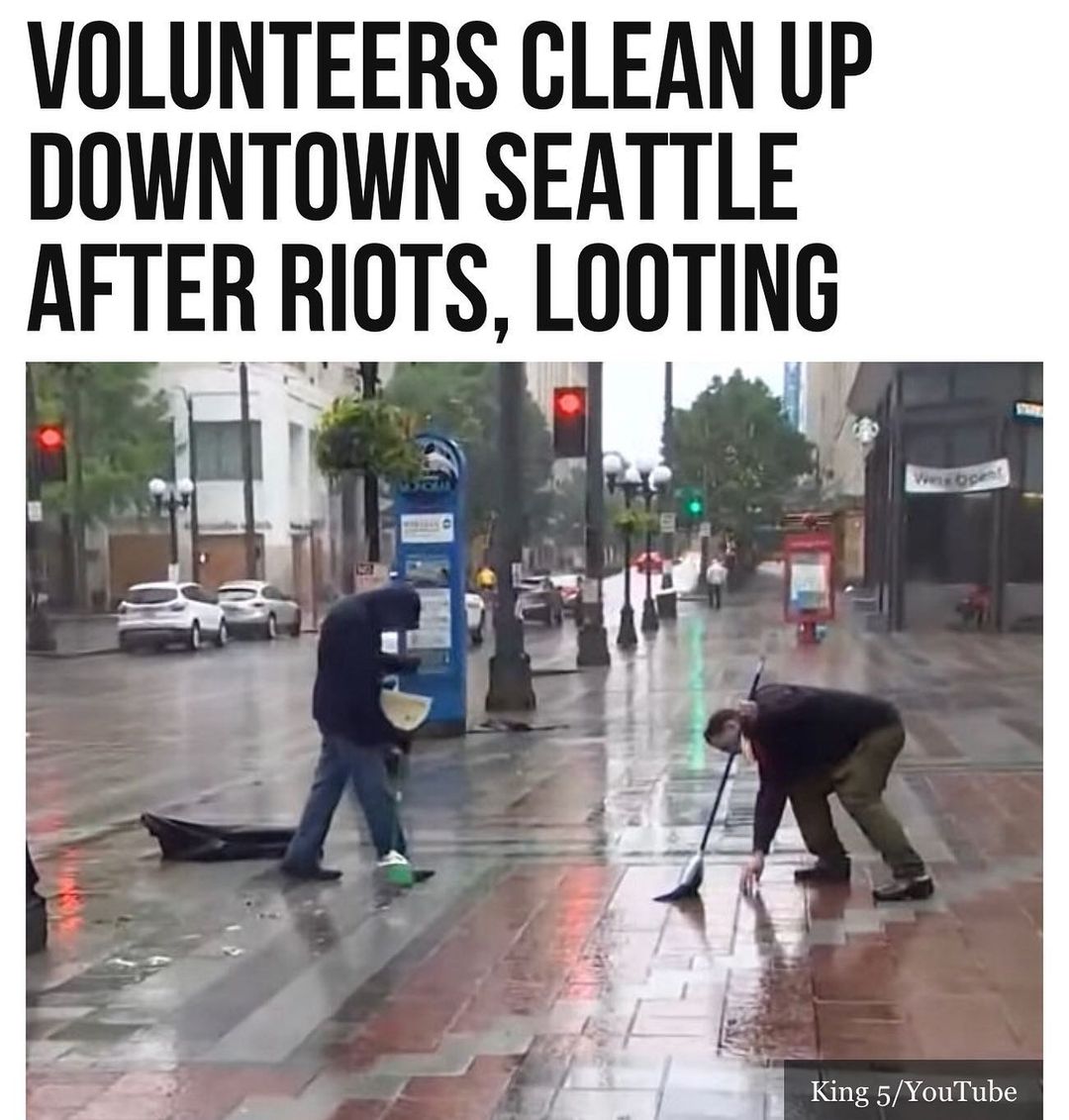 A group of #volunteers was spotted cleaning up graffiti and boarding up buildings of businesses in downtown #Seattle, #Washington, on Sunday morning after riots over the death of #GeorgeFloyd the night before decimated the city.

Mayor Jenny Durkan and Seattle #Police Department Chief Carmen Best went downtown at 9 a.m. to survey the damage and speak to volunteers who helped clean the streets and board up buildings.

Best said she was “totally inspired” by the community’s response to come together to fix the destruction of their city. “I’m totally inspired. It’s totally gratifying and so wonderful and heartening to see all of these people out here. Volunteers helping to clean up the destruction, and the graffiti, and all of the damage from last night,” Best told KING. “I’m really hopeful that calmer heads will prevail today and they won’t come into our beautiful city and make it look like this.” Durkan said she loved how she saw people come together to help clean up downtown and move forward from the riots. “We can’t let the violence and the destruction that happened override the message of Mr. Floyd’s death. People were rightfully protesting, there was many peaceful protests, but obviously, it degenerated very quickly,” Mayor Durkan said. “What I love to see here is so many people coming downtown to help. To help clean up, to remove graffiti, to reclaim the city that they love. That’s the spirit we have to be about going forward, is people coming together and find a way to really acknowledge the challenges that we have, make them better, but still love our city,” she added.

At least one Facebook event was created for Seattle residents requesting that people meet downtown at 11 a.m. on a Sunday to help clean, and other people throughout the country have been doing their fair share to clean up the messes made by the rioters and looters.

Early Saturday morning, a Houston man who saw live coverage of the protests over George Floyd’s death in his city was inspired to take action in a positive way by power-washing the graffiti off of the vandalized buildings. #binspirednews