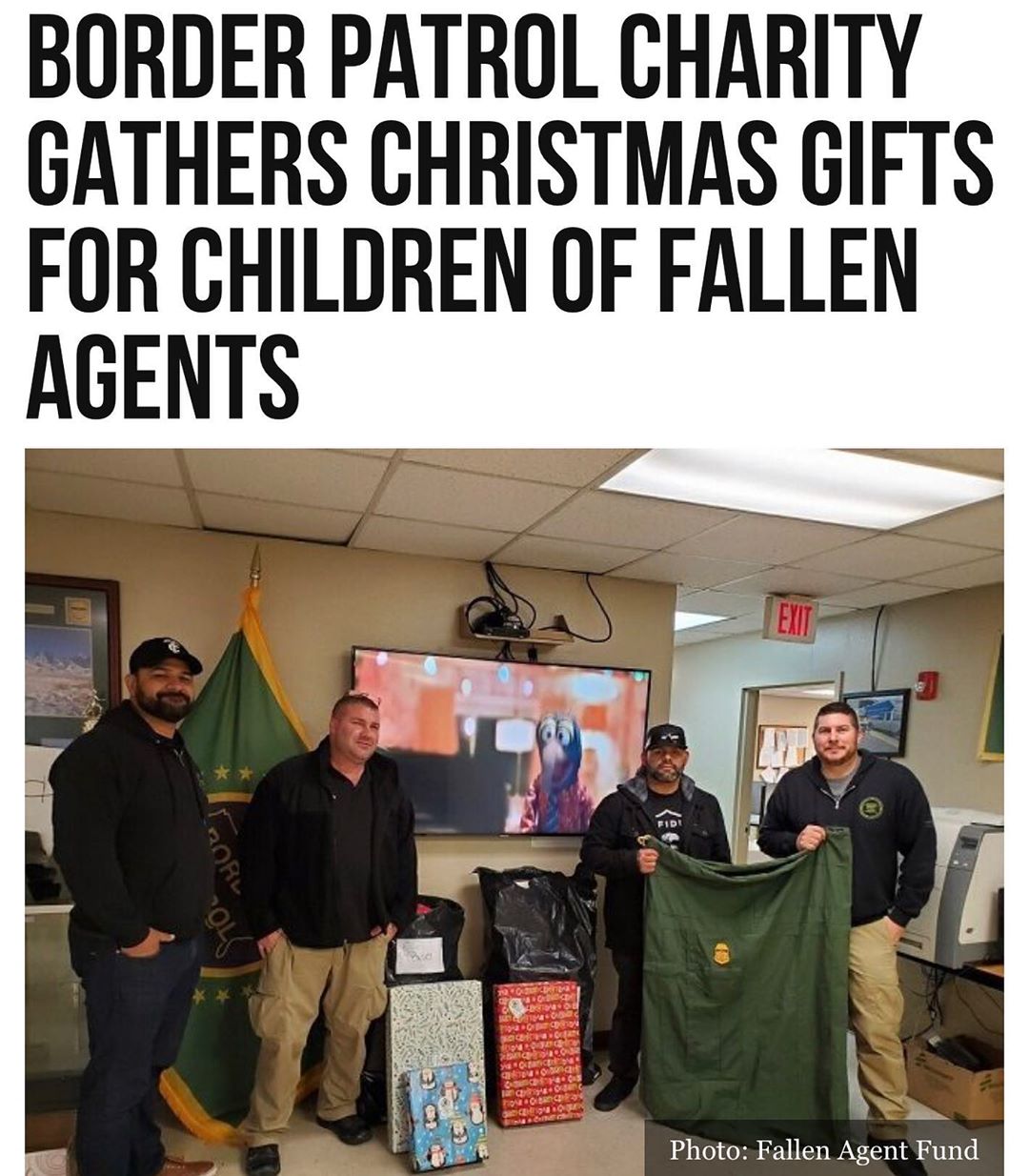 A group organized by #BorderPatrol agents recently collected and distributed #Christmas and #holiday gifts for the children of fallen agents. This marks the organization’s fifth year of giving.

Border Patrol agents in the El Centro Sector began an organization that became knows as the Fallen Agents Fund shortly before Christmas 2014, Mike Matzke told #Breitbart Texas in his role as president of the fund. Matzke also serves as president of the National Border Patrol Council, Local 2554. “The project began in 2014 when agents working at the Calexico Border Patrol Station decided to put on a Christmas present drive in remembrance of fallen Border Patrol agents and to support their children,” Matzke told Breitbart Texas in a phone interview. “We started with the names of 24 children of fallen agents in the local area. Since then, the number of children on the list has grown and we provided 400 gifts this year to more than 100 children in nine states.” The Fallen Agents Fund, a 501(c)(3) charity that is also listed on the Combined Federal Campaign (CFC #75034), puts up Christmas trees in various Border Patrol stations. The trees are decorated with name tags of children belonging to fallen agents. “Agents take the tags and purchase gifts for that child and bring them back to the station,” Matzke explained. “Our group then collects the gifts and transports them to the Border Patrol station nearest the child’s home. Local agents who knew the fallen agent and their family deliver the gifts to the homes of the family or, in some cases, to sector chaplains.” “I think the best part of the Fallen Agent Fund is that during the holidays when the children may be missing their parent,” Matzke continued. “We show them that their Border Patrol family has not forgotten them.” Some families no longer live along the border, having moved to Colorado, Florida, Massachusetts, Michigan, Ohio, and Louisiana. In those cases, the group incurs the cost of shipping the presents to the families. #binspirednews