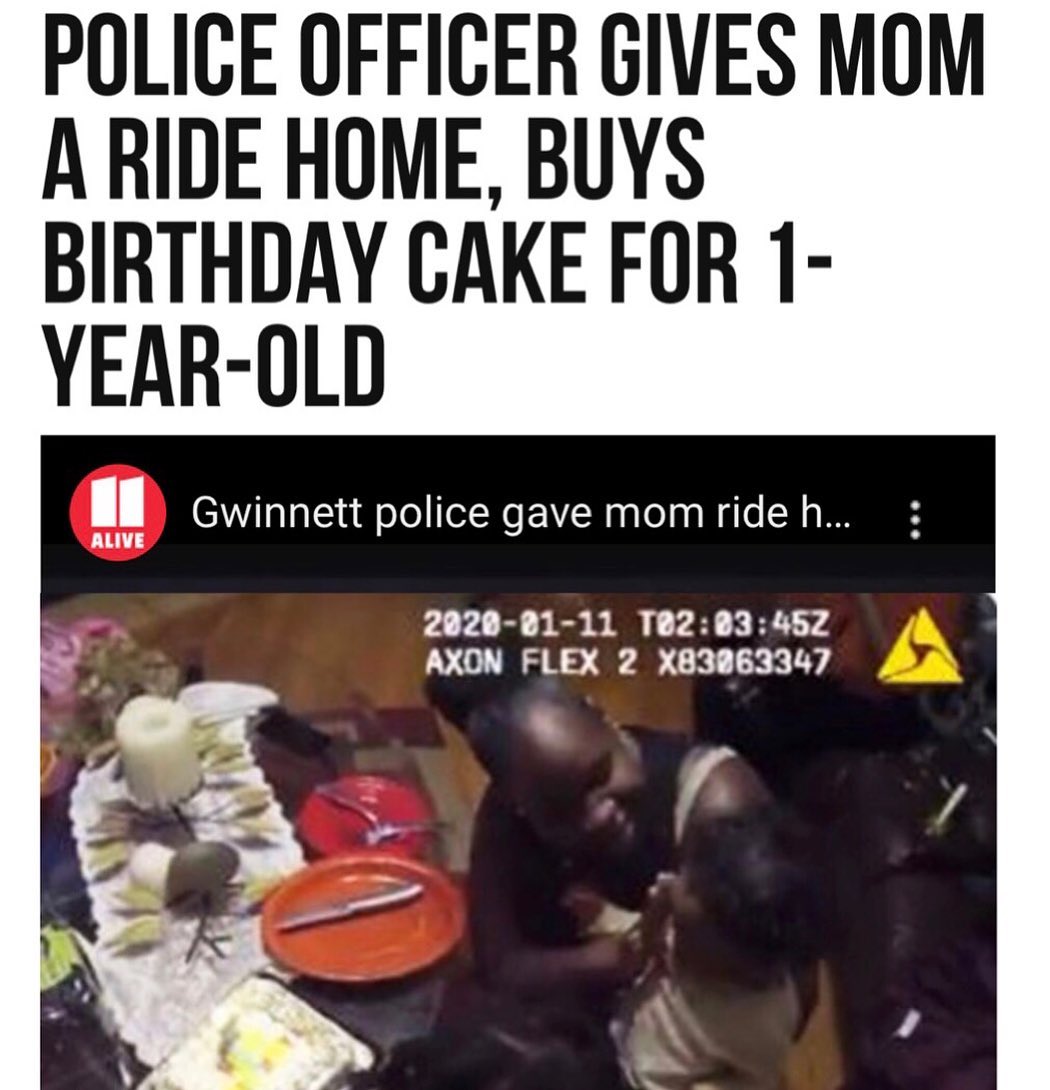 A #GwinnettCountyPoliceDepartment supervisor was conducting a random audit of police bodycam videos when he found a touching moment worth sharing.

WXIA reported that on January 10, Sgt. Nick Boney witnessed a woman holding a bunch of balloons while walking down the street on a cold night.

Boney asked her where she was going, and the woman responded that she was heading home to her family because it was her daughter’s first birthday.

Boney asked if he could give her a ride, and she agreed, giving him a hug thanking him for the gesture. At some point during their conversation, the mother said she wanted to get her daughter a cake.

It was at that moment when Boney gave his credit card to Ofc. Jimmy Wilson, telling him to buy a cake and a “1” candle.

Both officers asked if they could meet the baby and deliver the surprise in person.

The family was so excited to meet the #police officers they ran up to hug them.

Both the family and the officers gathered around a table to sing “#HappyBirthday” to the one-year-old.

According to a tweet from the #GwinnettCounty Police Department, the touching moment was found during an audit of police bodycam videos.

Fox 5 Atlanta reported that the officers were not looking for credit for going above and beyond what they do and did not tell their superiors about the act of kindness. #binspirednews