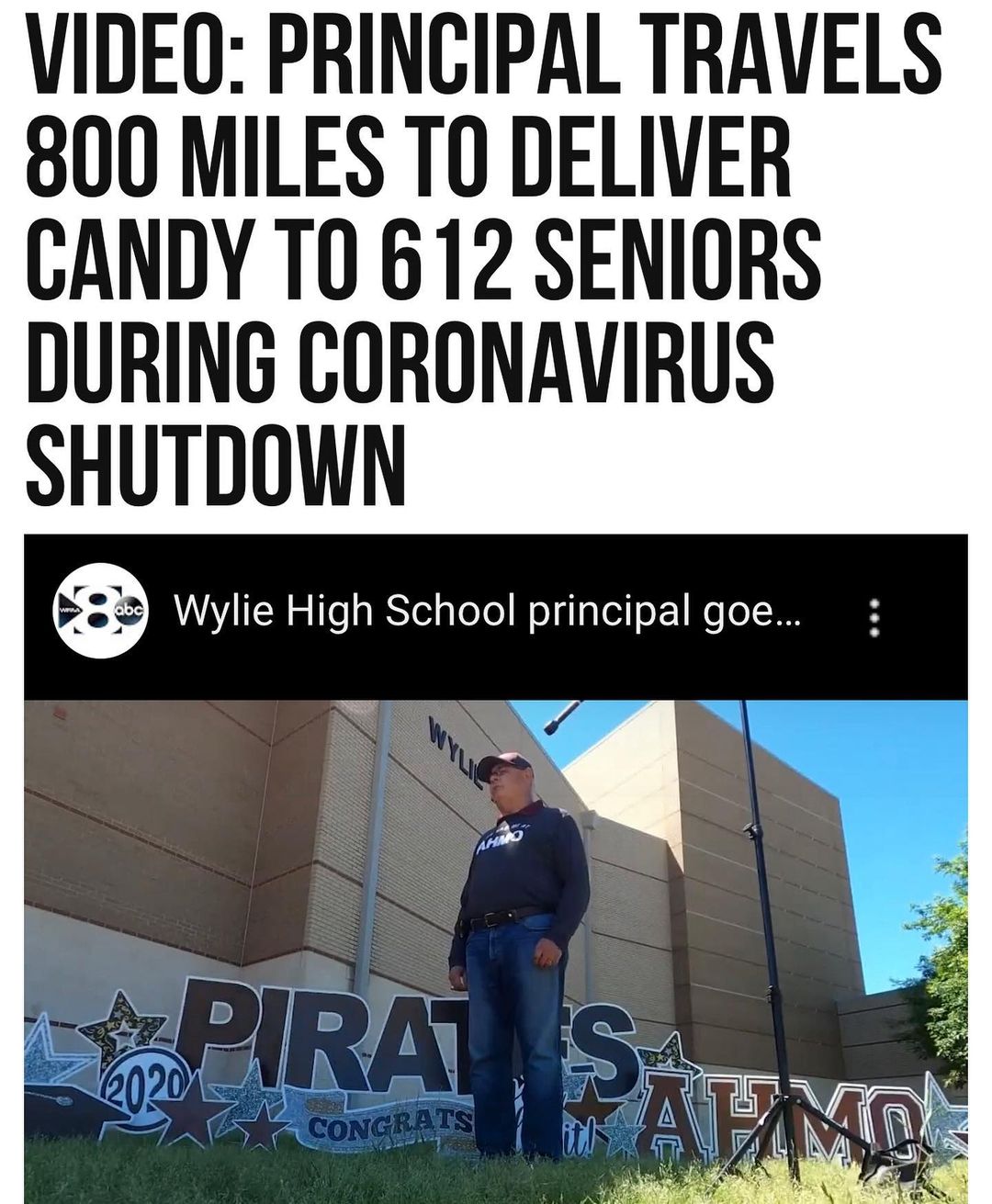 A high school principal in #Wylie, #Texas, is making sure his students feel loved while their campus is closed during the #coronavirus #pandemic.

Even though Wylie High School Principal Virdie Montgomery has been updating students and staff members on YouTube with videos he called the #CoronaChronicles, he wanted to do more, according to WBNS.

He recently came up with the idea to visit every one of the school’s graduating seniors, whether at home or at work. “I get emotional real easy with my kids, and I just didn’t feel like I was doing enough. So, it just seemed like it was the right thing to do,” the 66-year-old said.

It took Montgomery and his wife 12 days and more than 800 miles in the car to locate all 612 seniors. “I tell you what, that first day, at the end of the first day it felt like I had made a mistake. Because it was hard,” he recalled.

Each time the principal found a student, he gave them a Snickers candy bar and told them that one day they would look back on the experience and “snicker.” “I delivered that joke nearly 600 times. So it’s pretty lame,” Montgomery confessed.

However, when he showed up at senior Savannah Skinner’s door wearing a mask made out of pirate print material and holding a candy bar, it made her day. “I’m not always in the best mood because it’s been a while since I’ve seen anybody. So, it just brought a smile to my face and it made me really happy,” she explained.

When his journey was completed, Montgomery felt better knowing that he had shown the students how much he cared. “It just gave me a peace about it. It’s hard to put to words. It’s rewarding just to know you did it,” he explained. #binspirednews