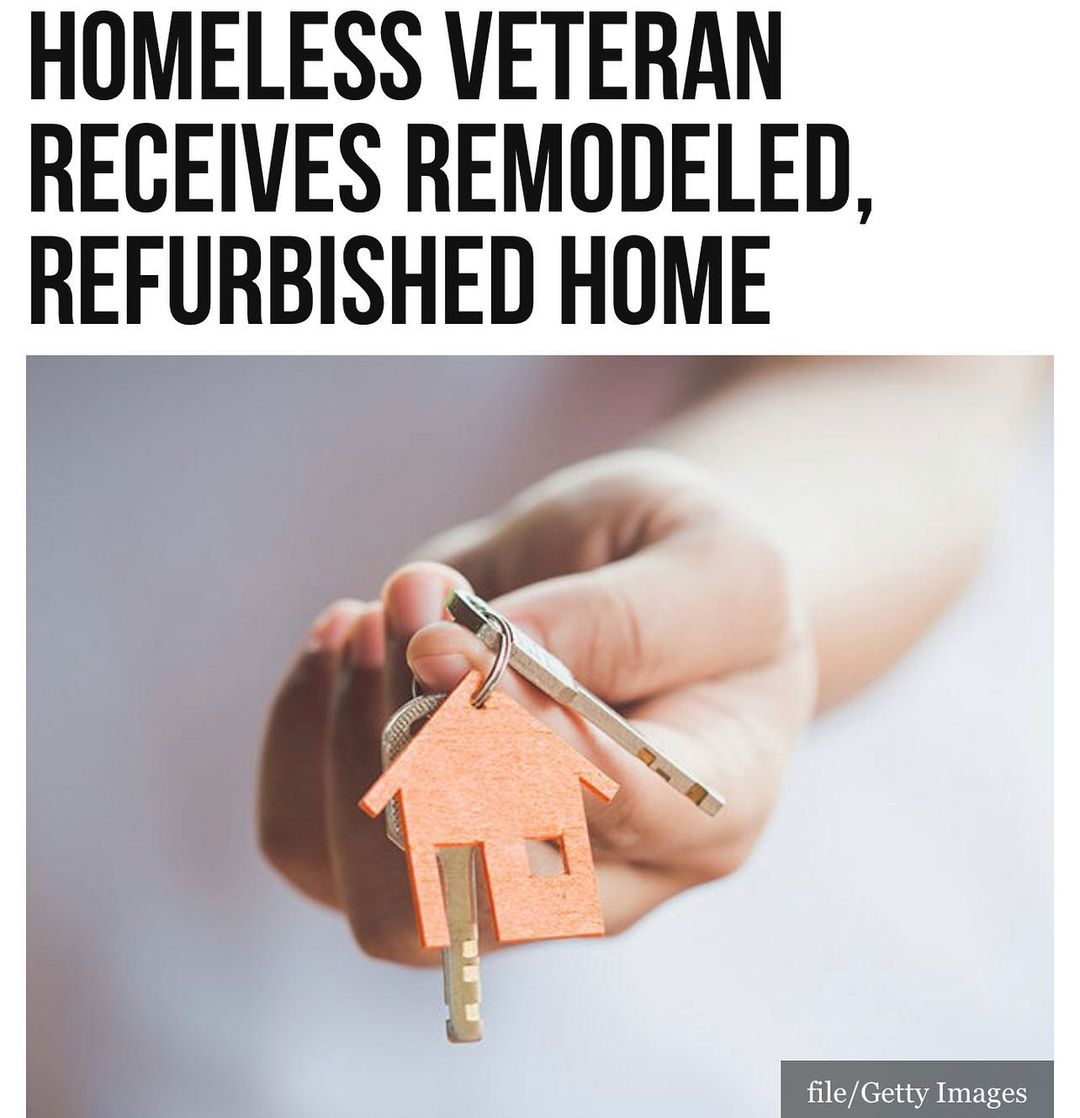 A #homeless #veteran and his family recently received the keys to a refurbished, remodeled home in #Lawton, #Oklahoma.

Retired Army Veteran Chris Sprowson and his family had no place to call home until he heard about the program called Home at Last, which places displaced veterans into refurbished, remodeled homes, KSWO reported.

When Sprowson learned his situation was about to change thanks to the program, it almost made him cry.

“I don’t know if words can really explain how thankful I am and a debt of gratitude to the Home At Last program and to Don and his family. I don’t know where to begin on how happy I am and excited,” said Sprowson.

Sprowson was able to get a sneak peek inside the home before the program gave him the keys. He said his wife and son were amazed at the amount of hard work and effort put into it.

“We went inside and was like wow look how nice it looks in here whoever put the work into it really did a good job. You can tell its really heartfelt with the work that they did,” said Sprowson.

The founder of the Home at Last program, Don Shelby, was homeless himself at one point, and eventually got himself back on his feet by getting a home.

Shelby’s dream was to give back to veterans by helping homeless veterans get back on their feet.

Sprowson said he did not know there was a program that helped displaced veterans find homes.

“I have some people at work that put my name in the hat for me and I appreciate all of their work they did to consider me as well. So without them I wouldn’t of had my name considered and I’m very thankful for that,” said Sprowson.

Other organizations out there also help veterans move into recently renovated homes, and sometimes it can be a community effort.

People in the Dallas-Fort Worth community helped an 89-year-old Korean War veteran fix up his home after it fell into a state of disrepair in March, and in that same month, a central California Vietnam War veteran received a home makeover from his community free of charge. #binspirednews

‘The whole presidency is one long grift’ – Raw Story