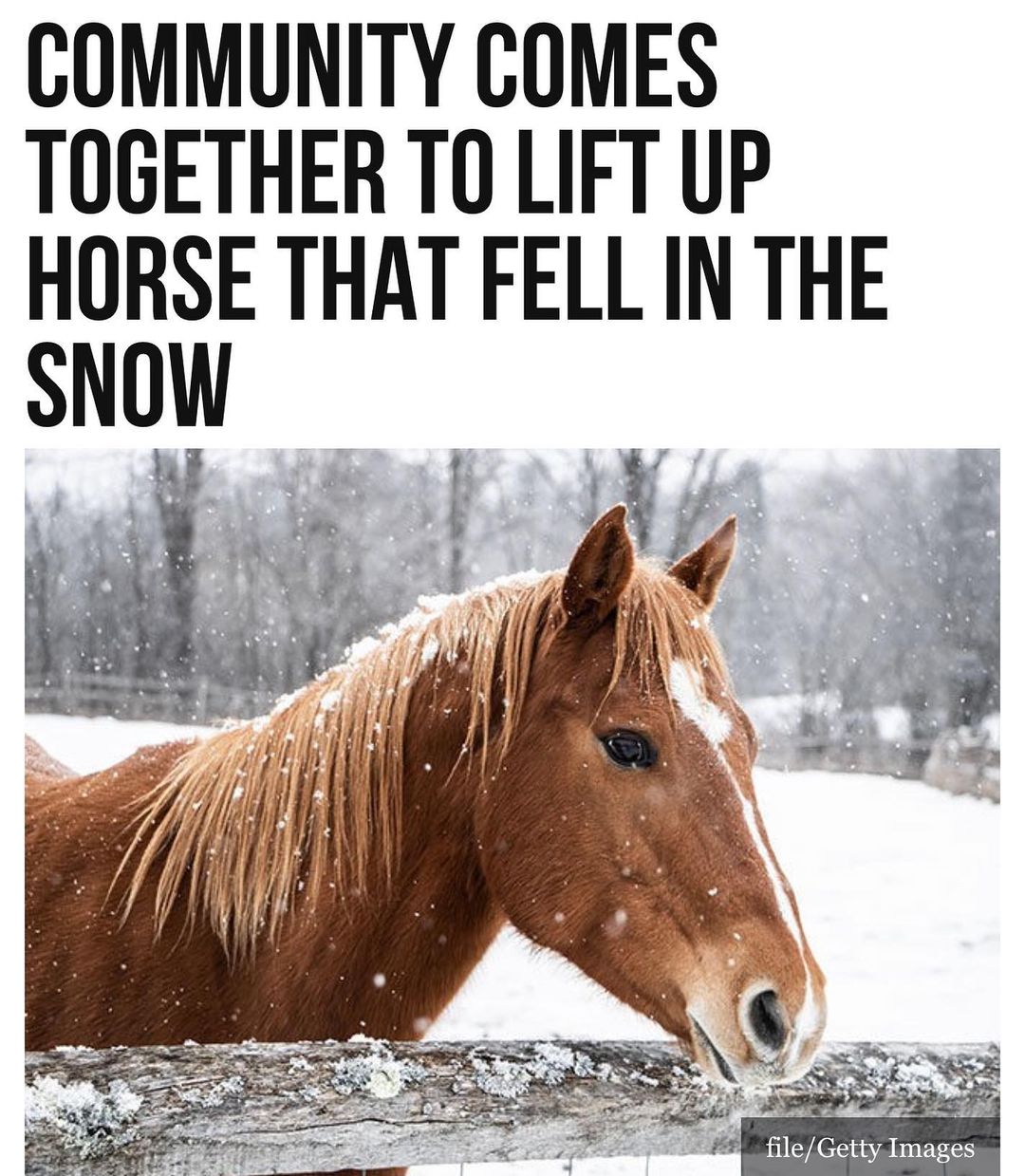 A #horse that fell in the snow overnight and needed help getting up got a lift from several #Vermont community members.

“This was really the community I felt, even though we’re all in isolation — certainly I am — they just rallied,” Gerda Silver, owner of Gerda’s Equine Rescue in West Townshend, Vermont, told the Brattleboro Reformer. “That was cool. I loved it.”

Silver said the barn manager noticed a 20-year-old horse named Teagan was missing during the early morning feeding session for the horses.

Teagan was eventually found lying in the snow, and it appeared that she had struggled to get up using her hind legs, Silver said.

A tractor and straps were eventually needed to bring the horse to its feet, and more people showed up with the equipment to eventually assist Teagan in getting up and walking her back to her stall.

“It was like clockwork,” Silver said. “After they left, I was just so moved I guess by everybody who came together and didn’t ask anything, just to be able to help. It really warmed my heart for sure.”

Teagan developed a fever after being out in the snow all night and is under veterinary care.

While several Vermont community members got together to lift up a horse, several horses lifted the spirits of humans in their community.