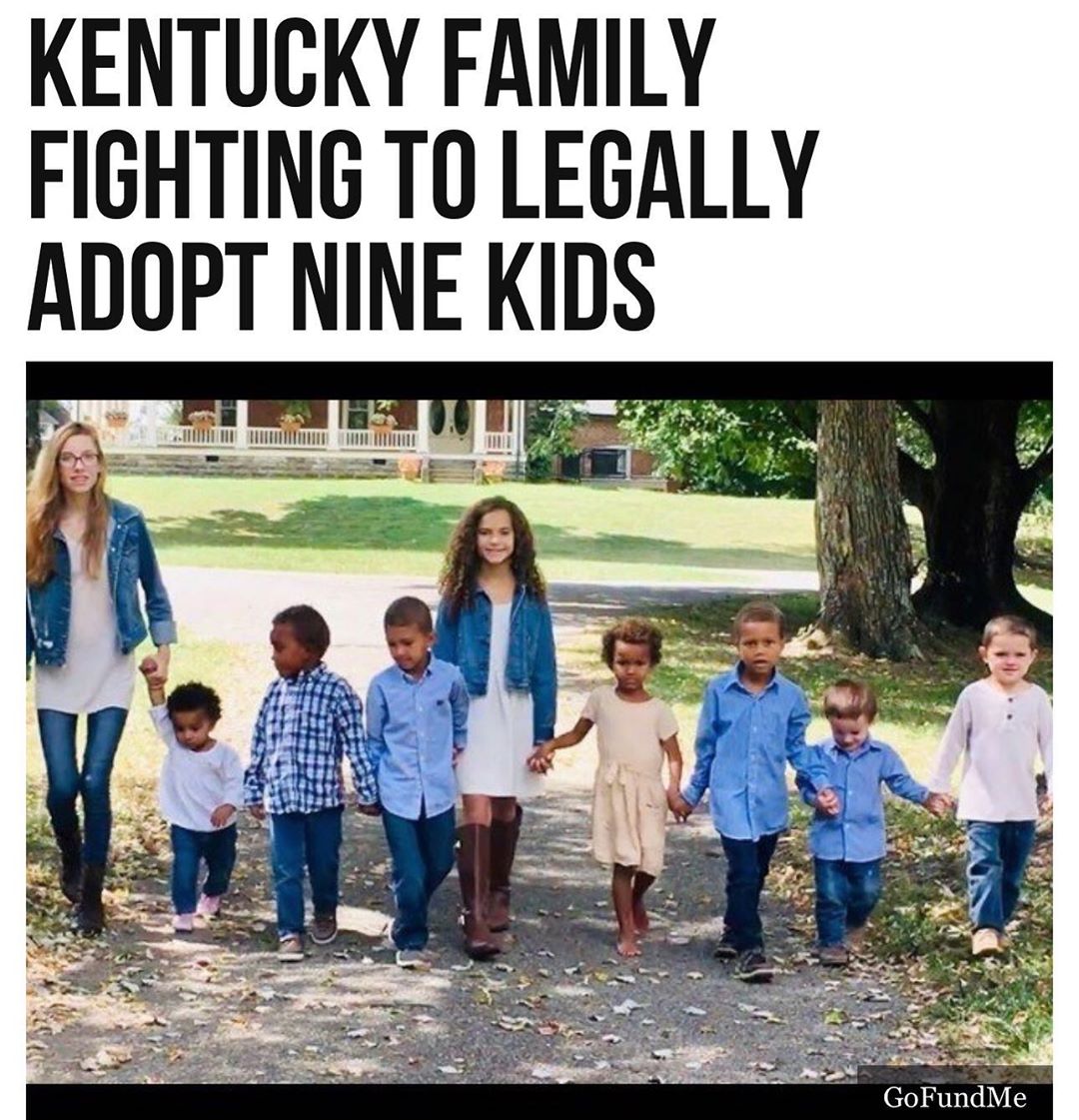 A #Kentucky family is fighting to legally #adopt nine children that have been under their care for seven years.

Scott and Holly Johnson have stayed on as legal guardians for the nine children for seven years. All of the children range in age from one to 15 years old and come from two different families.

For most of the children, the Johnson family is all they have known.

Some of the children came from unsafe households or foster homes, while others have remained with the Johnsons since they left the hospital after their biological moms gave birth to them.

Because of this, Scott and Holly are now on a mission to adopt all nine children legally so they can stay together. “We just want to make sure they have that security that they can’t be split up,” Holly explained.

The adoption price tag in their case is $14,000. The average cost of adoption in the U.S. is $43,000, according to a report from Adoptive Families Magazine.

The couple says that after they reach their goal, they want to keep fundraising to help others in a similar situation. “I would love to be able to set up some kind of foundation to help other parents and grandparents who have taken children out of state custody and situations where they don’t have the funds for adoption,” Holly says. #binspirednews