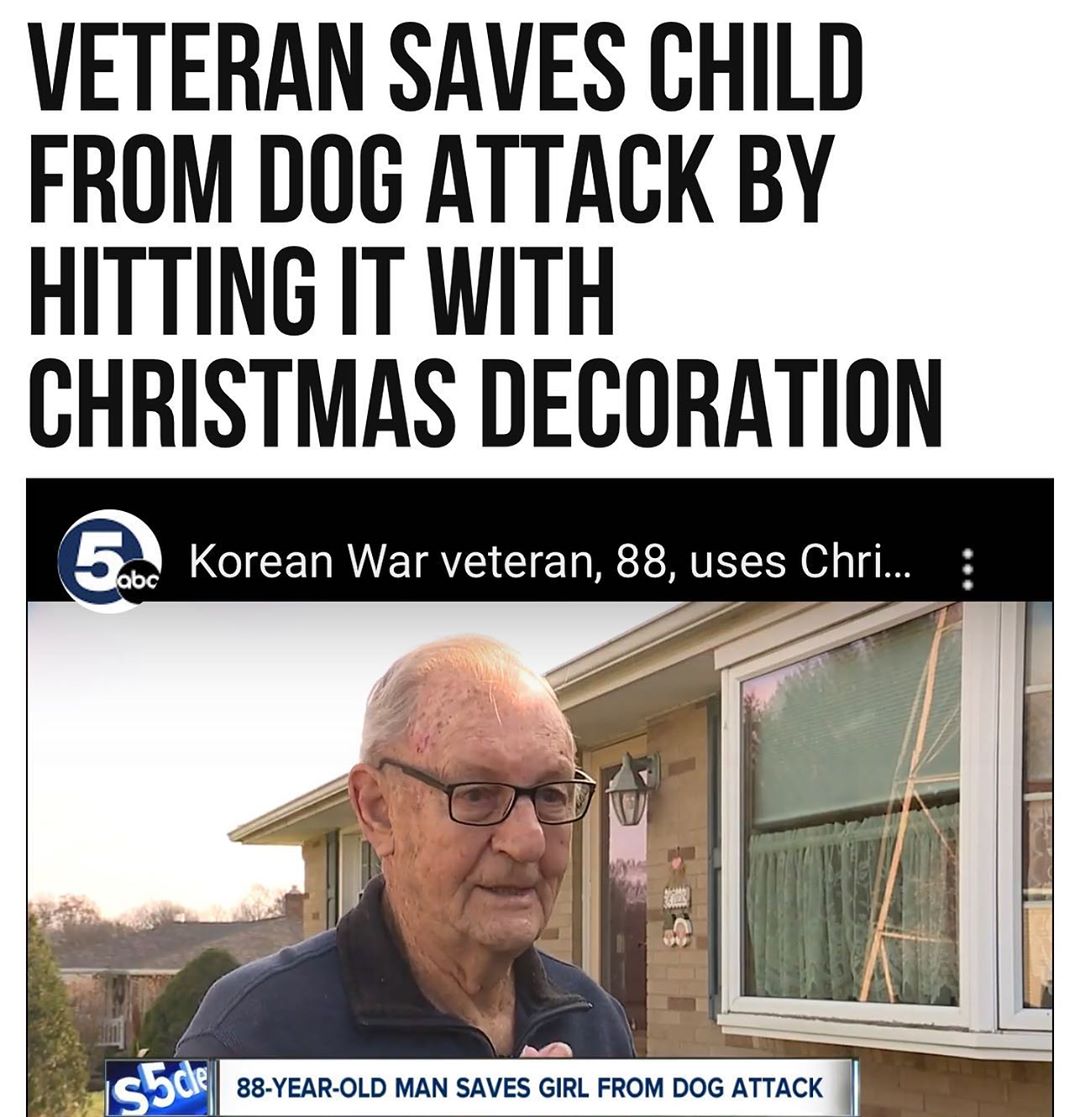 A Korean War veteran is being hailed a hero after he saved a ten-year-old girl from a dog attack in Perry Township, Ohio, Sunday.

When Leonard Miller, 88, heard someone pounding on his front door that afternoon, he immediately knew something was wrong, News 5 Cleveland reported.

His 13-year-old neighbor told him the family’s pit bull had gotten hold of her younger sibling and would not let go. With no time to lose, Miller grabbed a plastic nutcracker Christmas decoration from the neighbor’s yard and ran toward the girl’s house. “That’s the only thing I could think of to grab when I went in,” he recalled, adding, “I had forgotten my baseball bat, and so I went up there and got one of them nutcrackers and I grabbed it.” Once inside the house, the Korean War Army combat medic realized the parents were not at home and found the girl lying on the floor, with the dog still viciously attacking her. “That dog had her right there, just a shakin’ and growlin’. I hit that dog with that nutcracker, probably three or four times, I’m not sure, but I did it and that dog did not budge,” he said.

However, Miller was not about to let the animal hurt the girl any further. He continued to hit the dog with the decoration until it finally let go of her. The veteran then forcefully shouted a command at the animal to keep it from turning on him next. “And I said, No! It was real loud, about three or four times. I don’t know, the dog just seemed to think that I was in command or something because he didn’t try to charge me,” he stated.

Miller then lured the animal to another part of the house and carried the injured child back to his own home to call 911. He wrapped her arm in a wet towel and comforted the girl and her sister while they waited for paramedics to arrive. “Her arm was bit up clear down through here, blood just streaming all over the place. One of the medics said that’s the worse they had ever seen, an injury from a dog,” Miller noted.

When emergency crews got to the scene, they told the veteran he was a hero for saving his young neighbor’s life, according to WLBT.

However, Miller told reporters, “I don’t like to be called a hero.” #binspirednews