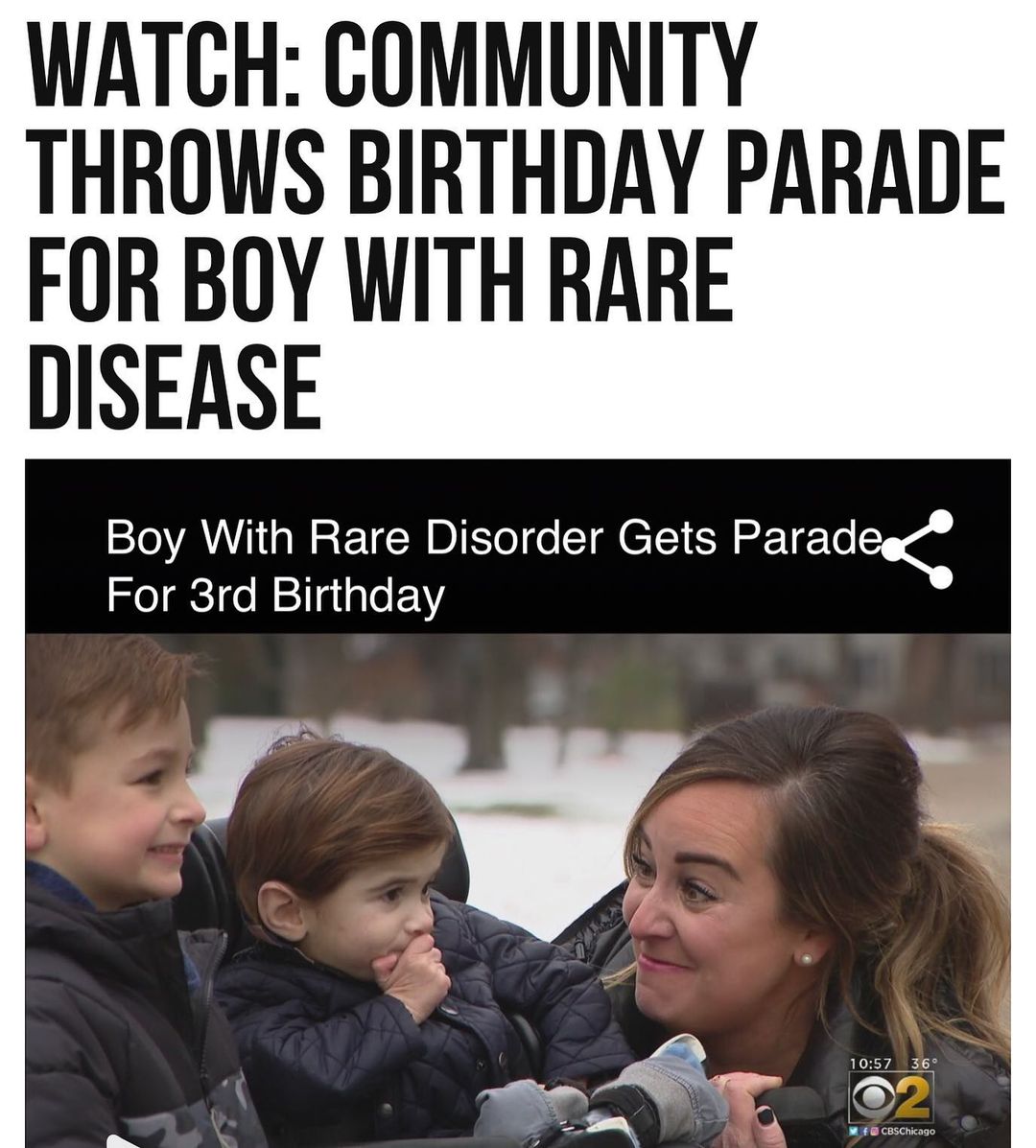 A little boy who doctors said would not live past his second birthday celebrated his third year of life Sunday with a parade in Lincolnshire, Illinois.

Three-year-old Nash Stineman, who has a rare neuromuscular disease called Spinal Muscular Atrophy with Respiratory Distress (SMARD), cannot be around other children due to a weakened immune system, according to CBS Chicago.

However, that did not stop his mother, Brittany Stineman, from making sure he had a birthday party to remember this year. When Stineman reached out to their community in a social media post, she got a huge response. “The one missing piece of his life has been social interaction,” she said. “He can’t be around people that much, and yesterday, I felt like that missing piece was filled.” For over an hour Sunday, more than 100 trucks and cars of all kinds, including police cars and fire trucks, drove down their neighborhood street to help celebrate Nash’s birthday.

Friends and family stood nearby and watched as the decorated vehicles and their drivers waved to the little boy and held up signs that read, “We love Nash.” “Nash’s story is the reason we have so much community support,” his mom said. “Yesterday was just proof of how much of an impact he has made through his horrible journey.” When Nash was just 11 months old, Stineman created a nonprofit organization to raise funds to help find treatments for kids who also have the rare disease.

So far, Smash SMARD has raised over $2 million. “There is little known about this ultra rare and often fatal disease,” the organization’s website stated. “Its rarity is of no comfort for the families affected by SMARD, and so we are building a community to promote awareness and research to make a cure a reality.” Following his birthday parade, Nash enjoyed eating banana pudding with his family as it is the only food he can eat by mouth because he gets intravenous nutrition. “It was a magical day,” his mother recalled. “It just made me feel so much more hopeful about what the next year could bring.” #binspirednews