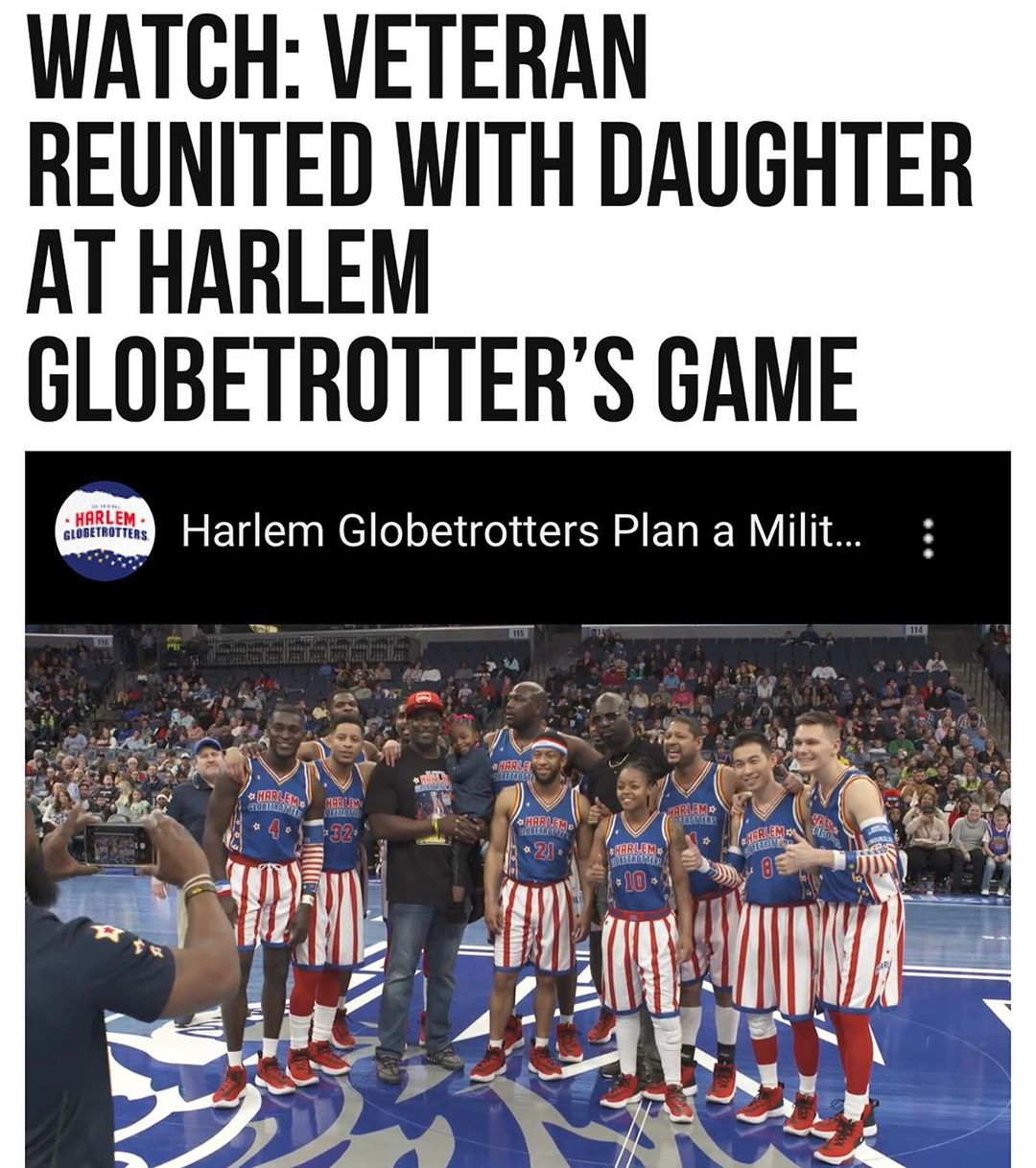 A little girl got the sweetest surprise recently when she went to see the #HarlemGlobetrotters play in #Memphis, #Tennessee.

When United States #AirForce Sergeant Deandrea Proctor’s 3-year-old daughter showed up for the iconic basketball team’s game at FedExForum last weekend, she had no idea what was waiting for her on the court.

As her mother’s boyfriend held the child in his arms and posed for a picture with the basketball team, Proctor quietly walked up and joined the group.

Moments later, the photographer showed the girl the image on a cellphone and she pointed at the screen, not quite understanding how her mother made it into the picture. “Who’s that?” player Big Easy Lofton asked her, adding, “Mama? Where she at?” That was the moment when the team stepped back to reveal Proctor, who had just returned home from a 7-month deployment to Kuwait.

The entire stadium erupted in cheers as the girl and her mother’s boyfriend turned around in disbelief. The surprise on her child’s face was undeniable.

Seconds later, she ran into Proctor’s arms as the crowd stood and applauded them while they kissed and hugged each other. “How are you?” Proctor asked the little girl as they stood on the court together with everyone still cheering.

Following their reunion, the players posed for another photo with the sergeant and her family.

However, this time she was in the middle of the group, holding her beloved daughter.

Founded by Abe Saperstein in 1926, the basketball team has a “legacy of deep social involvement in local communities,” according to its website. “The Harlem Globetrotters are worldwide icons, synonymous with family entertainment and great basketball skills. The Globetrotters represent 90-plus years of breaking down barriers, acts of goodwill and a commitment to fans that goes beyond the game,” the site concluded. #binspirednews

What to Expect after Getting a COVID-19 Vaccine