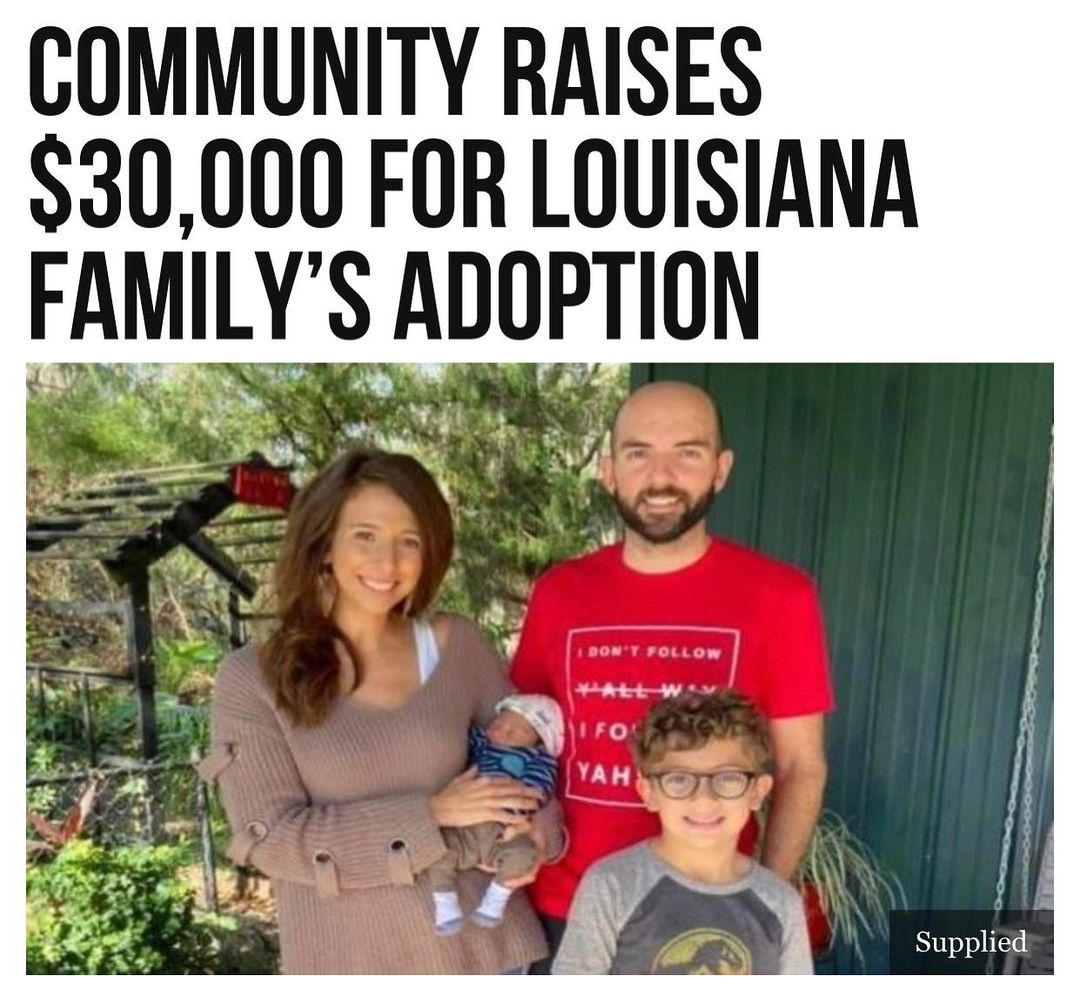 A #Louisiana community raised $30,000 gathered from multiple fundraisers to go towards a local family’s adoption expenses.

Cody and Anthea Comardelle had talked about adopting a child for a while, but they did not expect the process to be as expensive as it was.

“Adoption was always on my heart since I was a little girl,” Anthea told the St. Charles Herald-Guide. “I always knew growing up that I would adopt and when I met my husband, it’s something we talked about.”

The adoption talk subsided when the couple experienced married life for a few years and had a son of their own. But in 2020, they reconsidered adoption, and in that summer, they had a plan.

“We applied with an agency in late August, and we were called in October and asked how far along we were in the home study because there was a baby due in January,” Anthea said.

“Everything happened so quickly. We were open to either international or domestic adoption, but with #COVID, we couldn’t even fly out [of] the country. We didn’t care if it was a child or a newborn,” she added.

The quick process meant the Comardelles had to come up with just over $50,000 in adoption expenses and fast.

Anthea said God answered everyone’s prayers about the adoption process, including their son’s prayer for a brother.

Despite the pandemic, adoptions have been continuing via online platforms such as Zoom. In December 2020, a couple adopted four siblings in a Zoom adoption ceremony.

One foster family adopted their second child over Zoom in an August 2020 adoption ceremony, and a two-year-old boy was adopted over Zoom in April 2020 after the coronavirus canceled in-person court hearings. #binspirednews