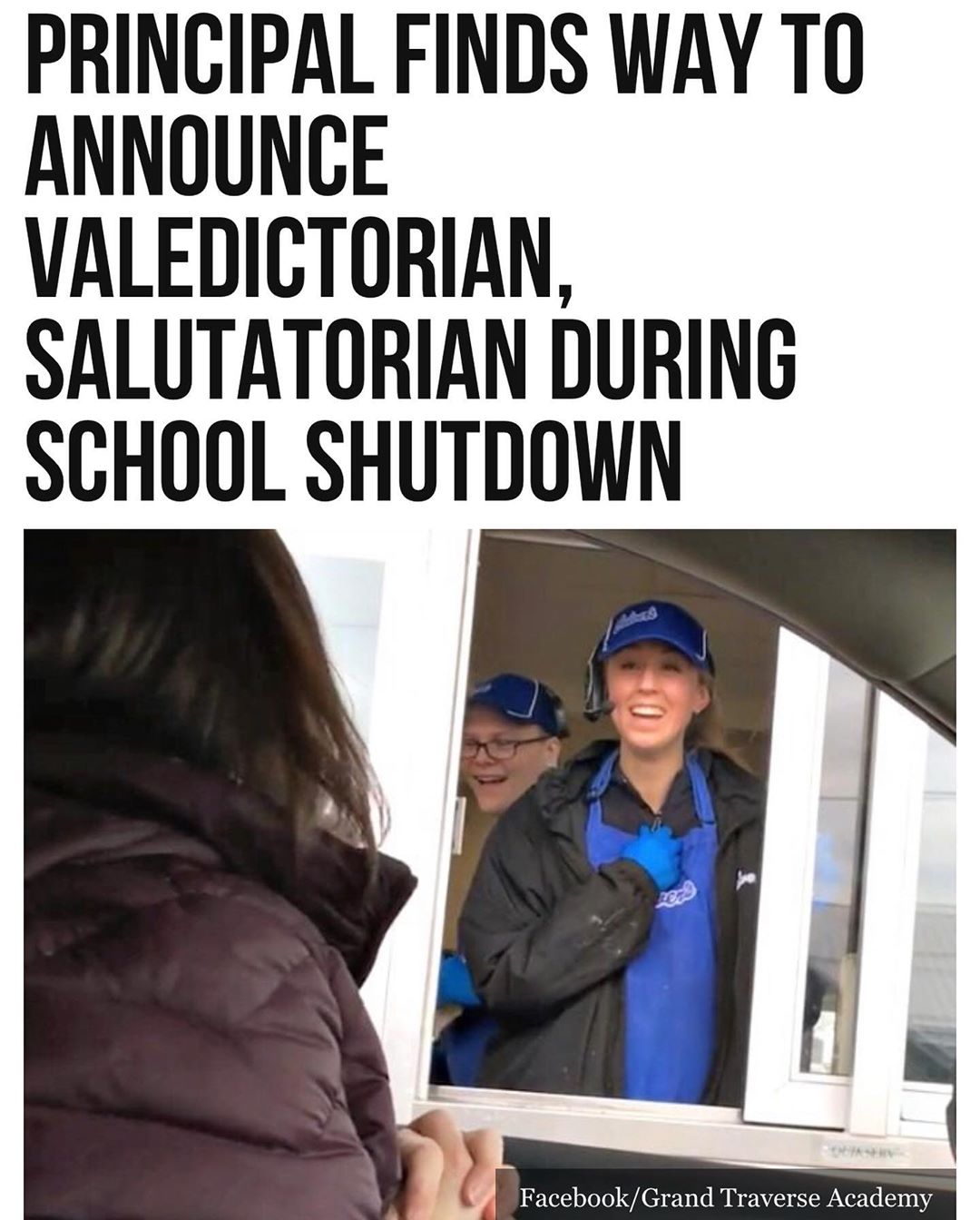 A #Michigan principal has found a way to deliver some good news to two deserving high school seniors despite the school being shut down due to the #coronavirus.

Michelle Floering works as the secondary principal at the #GrandTraverseAcademy in #TraverseCity, Michigan, but her school has been closed since March 13.

Usually the school notifies the students who achieve valedictorian or salutatorian status in person, but Floering said calling or video-calling these students did not feel special enough. “You always have to find the positive in every circumstance,” Floering said. “It is still OK to have celebrations.” Without a second thought, Floering got into her car to deliver the news to Grand Traverse Academy’s 2020 valedictorian Kaitlyn Watson while she was working at a local fast-food restaurant. “I called her (Watson’s) mom and she told me where she (Watson) was working as an essential employee,” Floering said. “I asked her if she thought Kaitlyn would mind if I showed up and she said no.” Floering ordered a drink and pulled up to the drive-thru window, where she asked to see Kaitlyn. “I wanna announce something to you today,” Floering said in the video posted to the school’s Facebook page. “You are GTA’s 2020 class valedictorian.” Watson can be heard asking, “I am? Oh my gosh, thank you so much.” Watson said she was completely surprised by Floering’s gesture. “It meant the world to me,” Watson said. “She (Floering) did not have to drive out there to tell me and she did. She really made an effort to make the moment so special.” But Floering also had another surprise in store for the class salutatorian, Alyssa Tarkowski.

Since Tarkowski is known for her bottle flips and magic tricks, Floering decided to keep that in mind for her second announcement. That announcement was also posted to the school’s Facebook page.

After completing a successful toss, Floering lifted the bottle to see the note inscribed on the bottom. “Alyssa Tarkowski, congratulations GTA 2020 salutatorian,” the note said.

The principal said the school plans to reopen April 13, but it all depends on orders from Michigan Gov. Gretchen Whitmer. #binspirednews