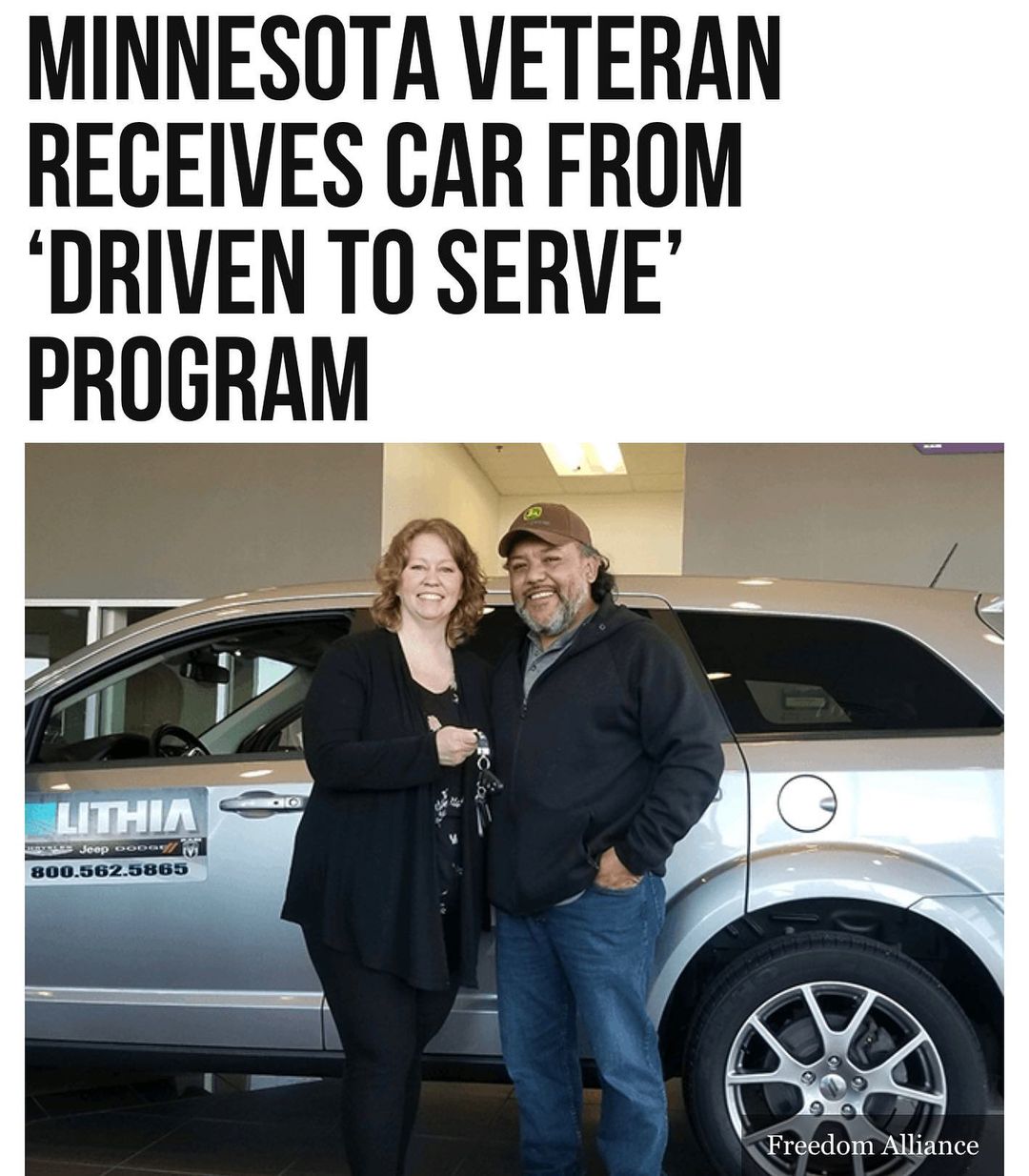 A #Minnesota #veteran who served for ten years in the #Army National Guard and deployed to Afghanistan as a combat medic received a car from the “Driven to Serve” program.

Retired Staff Sgt. Crystal Guzman received a 2018 Dodge Journey from Freedom Alliance, a nonprofit that supports wounded members of the military and their families in conjunction with U.S. Bank.

“I just want to say thank you to Freedom Alliance and U.S. Bank,” Guzman told the Grand Forks Herald. “This is more than I could have ever dreamed of. The stress it’ll take off my family is huge.”

In 2005, Guzman deployed to Afghanistan as a combat medic, where she treated burn victims in combat zones. She also treated Afghan women and children.

She was also deployed to Pakistan and was the first Medical Noncommissioned Officer in Charge of providing aid to the country after it suffered from a devastating earthquake that killed more than 80,000 people.

Guzman has post-traumatic stress as a result ever since.

The “Driven to Serve” program is a joint initiative between Freedom Alliance and U.S. Bank, and Guzman’s vehicle is the 13th vehicle donated through the program since 2018.

Operational Considerations for Maintaining Essential Services and Providing Prevention, Care, and Treatment for Tuberculosis (TB) in Low-Resource non-US Settings During the COVID-19 Pandemic

COVID-19: Many People Stay Sick After Recovering From Coronavirus