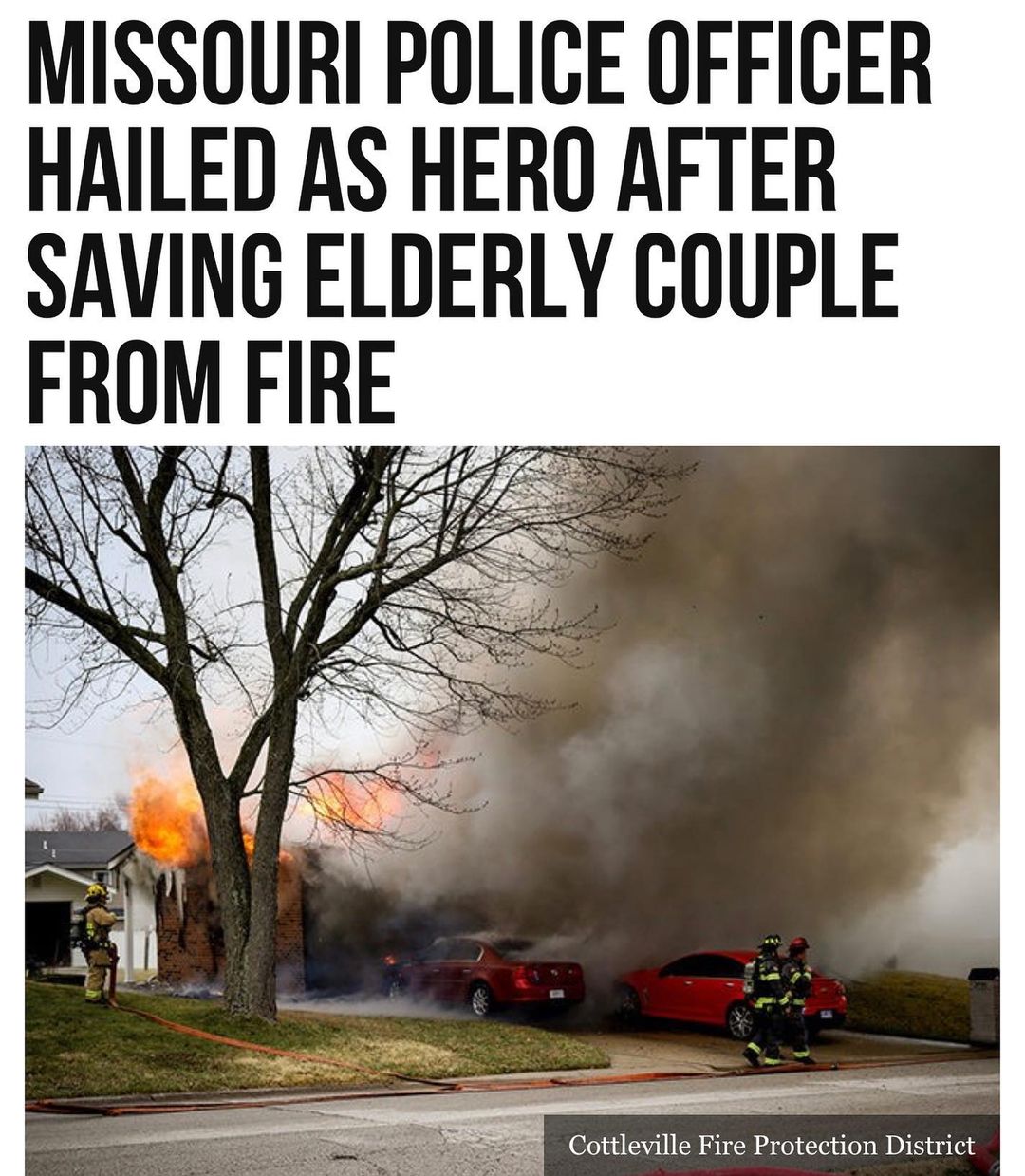 A #Missouri #police officer is being praised for his heroic actions after he saved an elderly couple from a house fire.

St. Charles County Officer Scott Ronald, who has been serving as an officer for 11 years, received a call from the dispatcher saying two elderly, disabled people were trapped in a home that was on fire.

“I was literally a block away, and it was just one of those calls where you’re preparing yourself mentally, immediately,” Ronald told KTVI.

When Ronald arrived, the residents’ granddaughter was outside the burning home and told him her two grandparents were trapped inside.

Ronald fought his way through the smoke to bring the woman to safety. Another officer rescued the man. No injuries were reported.

Ronald said he never thought about waiting for firefighters and knew he needed to act immediately to save the lives of the couple in the house.
After the rescue, the Cottleville Fire Protection District arrived to put out the fire.

“To Officer Ronald, Officer Wilson, and all those that responded to this fire, THANK YOU for your dedication to our community,” Cottleville Fire Protection District wrote.

Ronald was not the only hero who went out of his way to save someone from a fire this week. A 70-year-old U.S. Marine Corps. veteran in Pennsylvania rushed into a burning building on Monday morning to save his neighbor. #binspirednews