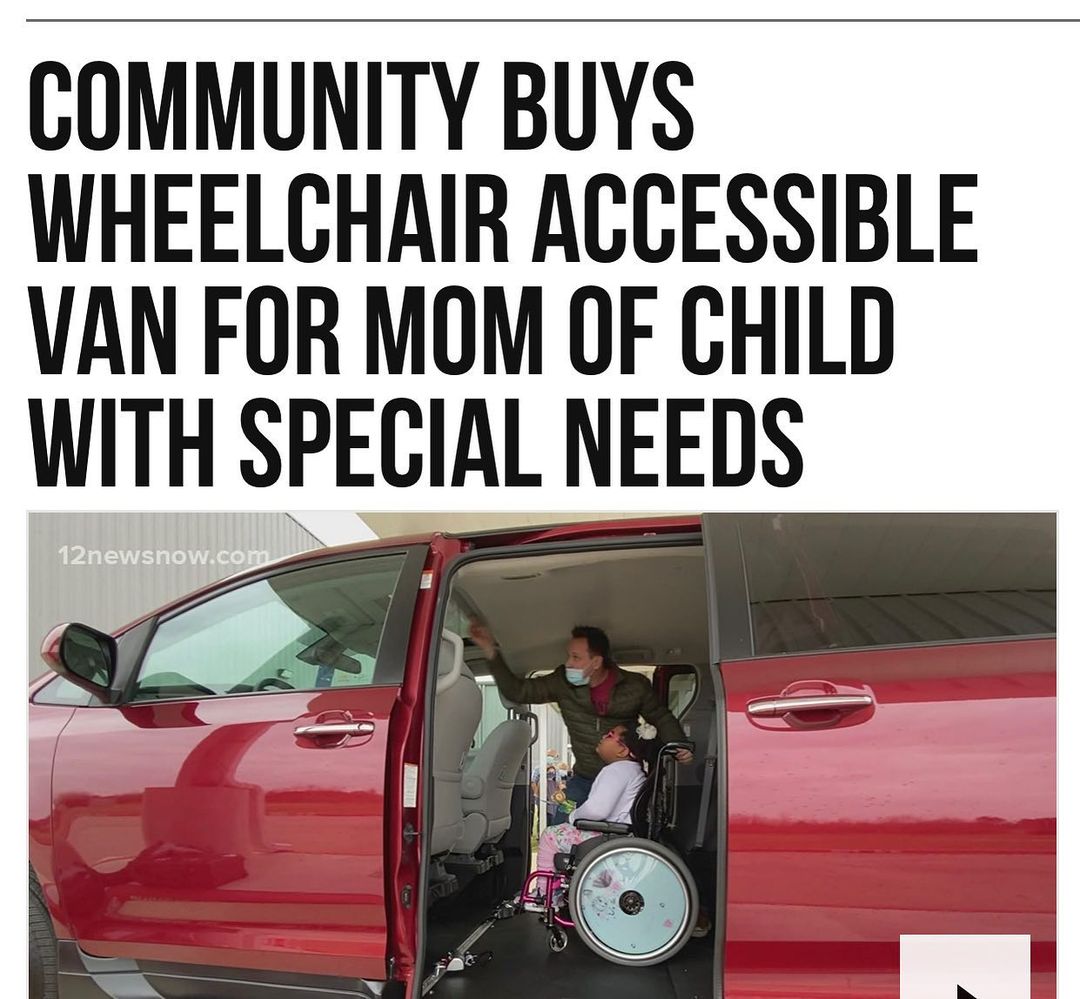 A mother and daughter in need of a wheelchair accessible van finally got their wish thanks to generous community members in #Beaumont, #Texas.

When Melissa Johnson asked for help with getting a vehicle to more easily transport her daughter who has cerebral palsy, the donations began pouring in, according to 12 News Now.

“Grace was born at 29 weeks and suffered a brain bleed at birth. After 3 months in the NICU, Grace became my daughter through adoption,” Melissa said on the nonprofit group Love Rescues website:

“Throughout her 6 years of life, Grace has overcome many obstacles including 4 brain surgeries. She is daily learning to overcome challenges and meet critical milestones. Grace has hydrocephalus, a VP shunt, and cerebral palsy affecting mainly her legs and her ability to walk. Her legs are very stiff and standing or walking independently is not possible at this time.”

Three weeks ago, the fundraiser reached 40 percent, then quickly met its goal.

On Saturday, family, friends, and church members gathered outside Beaumont’s First Baptist Church where Melissa works as the children’s pastor to give Grace and her mother the special van.

The six-year-old smiled and waved as she was wheeled up the ramp and into the vehicle.

Melissa expressed her thanks and said for the first time in quite a while, they were going to go on adventures together.

“We’ll get to go to the library. I can’t wait to take her to school on Monday. Just all the things that have been such a challenge for so long, today that changes. And we get to kind of go at ease again and to make life more enjoyable,” she explained.

She also encouraged others to continue helping people with special needs because “it is truly lifesaving for the families involved.”

As for Grace, she has already made up her mind as to where she wants to go first.

“I’m going to the Aquarium!” she said. #binspirednews